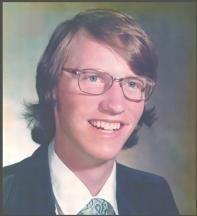 Frank was born in Seattle, WA on March 7, 1956. He graduated from Shoreline High School in 1974 and continued on to Shoreline Community College.

Frank is preceded in death by his mother, Joan P. Foote Although he left us early, he will always be remembered fondly as a kind, caring and sensitive man in the hearts of his family and friends. Private family service to be held at a later date.

Memorial donations may be made to South Whidbey Senior Services Meals on Wheels program.
To plant trees in memory, please visit our Sympathy Store.
Published by The Seattle Times on Feb. 11, 2018.
MEMORIAL EVENTS
No memorial events are currently scheduled.
To offer your sympathy during this difficult time, you can now have memorial trees planted in a National Forest in memory of your loved one.
MAKE A DONATION
MEMORIES & CONDOLENCES
Sponsored by The Family.
10 Entries
Very sorry for your loss, all my condolences and best wishes to your family.
Eric Sundby
January 27, 2019
I offer my condolences in your time of great sadness. May you cherish fond memories to cope with the pain from day to day. Take note of the comforting words at 1 Thessalonians 4:14, the beautiful hope of seeing your loved one again.
January 26, 2019
Foote family, my sincere sympathy to you. May your treasured memories continue to provide a measure of comfort and peace to the family. Please be strengthened from (Isaiah 61:1,2) our God "binds up the broken-hearted and comforts all who mourn"
January 26, 2019
R.I.P. Frank. Will be missed but not forgotten. Fellow Spartan.
February 11, 2018
Sorry to hear of Frank's passing, we kinda hung out in Jr High at Einstein in Shoreline. I remember going over to his house and in the garage there was so much candy you could get a buzz just breathing! It was awesome for a 13 year old! He was nice kid and I'm sure he'll be missed.
Matt Mauzey
February 11, 2018
So sorry for your loss, I Knew Frank growing up, he was a bright, friendly guy, Rest In Peace, my friend.
Rick Odell
February 5, 2018
Very sorry to hear of Frank's passing. He was a good high school friend. My condolences to the family.
Don Gracia
February 5, 2018
Sorry to hear of the loss to the family, l remembered Frank and the family as we were neighbors in the late 60's .
Frank was a year younger than one of my older brothers DENNY.
Again sad to hear of your loss.
Tracy Den Adel
February 2, 2018
Sorry to hear of this loss. Finn Livingston
February 2, 2018
To the family, I'm so sorry for the loss of your love one, may the loving support of your family, friends and prayers sustain you through this very difficult time. John 6:40
February 2, 2018
Showing 1 - 10 of 10 results