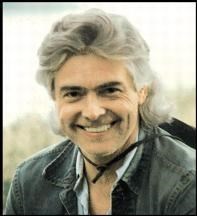 2015 at home with his wife and children at his side; Bob Dylan playing in the background.

Rik was the son of Doris and Henrik Olaf in Tacoma, Washington. He grew up in Kent, when Kent was still farmland, the oldest of 6 children, and milked a cow every day before school until he was 14. In high school, Rik was the captain of the basketball and football teams.

He played Husky football for four years, went to the Rose Bowl, and out of college played 6 seasons in the NFL as an offensive guard for the Saint Louis Cardinals. Rik left the game of football when the game no longer reflected his values and to focus on his civil rights and anti-war activism.

Rik returned to UW and received a masters in public administration. He was a proud member of International Socialists. Rik worked for the NLRB, where he continued to fight the good fight; serving as the national president of the NLRBU, representing the rights of the worker and negotiating numerous labor contracts. He testified before the Senate in Washington D.C. RIk was always on the side of the worker.

He was fiercely loyal to his family, had exquisite taste, cooked wonderful meals, loved to fish, woodwork, watch Formula One racing, appreciated anything that was finely crafted, and gave everything he did his all. He knew who he was, the difference between right and wrong, and fought the good fight till the end.

He had 2 sons, Eric Martin and Christopher Mark, with his former wife, and in 1989 Henrik married Elizabeth Kaye and had baby girl Ava Kaye. They lived in Ballard and Los Angeles.

Rik is preceded in death by his parents, son Chris, and brother Gary.

He is survived by his wife Liz; daughter Ava; son Eric; siblings Einar, Wayne, Sandy, and Chris; and extended family.

Your presence was huge, the hole you leave will be enormous. We love you so much.

Service and reception will be held 12/12/15 at 12pm in the Wisteria Hall at the Graham Visitor Center in the Washington Park Arboretum.
Published by The Seattle Times from Dec. 4 to Dec. 5, 2015.
To plant trees in memory, please visit the Sympathy Store.
MEMORIAL EVENTS
Dec
12
Service
12:00p.m.
Graham Visitor Center in the Washington Park Arboretum
WA
MAKE A DONATION
MEMORIES & CONDOLENCES
Sponsored by The Family.
9 Entries
I am finishing up a book about the women's liberation movement in Seattle. Rik is featured as one of the few SDS men who was a feminist - viscerally as well as politically. I write about his role in the teach-in on sports and society. I thought I had written about my admiration and and strong feels. When I would come out to Seattle to see family and for research, we always met for lunch. I still think of him. Barbara Winslow
Barbara Winslow
Friend
November 28, 2020
I have no words to express how sorrowful I feel hearing this news. Duncan and I both have such fond memories of Rick, It has been too, too long since we have seen him and now we cannot.
We both lost our Chris' too soon and know how long it can take to feel the earth is back on its axis. Take care of yourselves.
Mary Deaton Duncan West
January 20, 2016
Rik was a steady, reasonable force in my life and politics during the 70's and 80's and 90's. We shared politics, work for the federal government, and dead sons.
Reading the obituary, it appears that Rik left us with the same quiet dignity he displayed in life.
He was and continues to be a role model and pattern definer in my life.
Duncan West
January 20, 2016
I wsa a friend and comrade of Rik's in Seattle SDS and then in the International Socialists. He was an SDS leader and used his stature with the UW Huskies to discuss the war, racism and yes! sexism. Along with Dave meggeysey he challenged the racism, sexism, and violence of professional football. He played the leading role in perhaps the first ever public discussion of sports and society, bringing Harry Edwards, and Jack Scott to speak at a teach-in. He was a dedicated trade unionist, an NLRD lawyer leader. A kind, sensitive wonderful man. My very best to his family.
January 20, 2016
I knew Rik in SDS in the late sixties. A lot of us were know-it-all fools in those days. Rik stood out as a very decent human being. I'm glad to see that his obit makes much of his anti-war activism and his socialist politics.
Ed Morman
January 19, 2016
Rik made the world a better place by the work that he did and the man that he was. I am proud to have known him. He called me to tell me Ava was born and how happy he was-he said the baby was beautiful and how well Liz did . I won't ever forget that.
A.M. Collins
December 14, 2015
Sending our deepest condolences to your family. -
Hannelore and Carlos Ramos
December 13, 2015
I met Rik in a finance class at the U of W in 1963 - sat next to each other. He was a remarkable and unforgettable person. I have thought of him often and wish the best to his family.
Robert Gould
December 5, 2015
In the antiwar movement at the UW in the late 60s, Ric was one of the very few adults in the room. Thank you Ric, and Godspeed.
Pat Friel
December 5, 2015
Showing 1 - 9 of 9 results