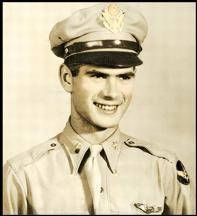 He was born in Seattle on March 3, 1922 and passed there, 94 years rich, on May 6, 2016. His family of eight, father Carey Harris Milam, mother Ruth Helen Milam, and six children, moved around the State of Washington from Quilcene to Kennewick to Yakima to Edmonds and, finally, to Bothell where he graduated from Bothell High School in 1940. After a stint at Boeing as a riveter, he signed up for the United States Air Force just before Pearl Harbor. He first worked as an aerial photographer, became an aviation cadet and earned his wings as a pilot in July, 1943. He was deployed overseas for combat in North Africa, Italy, China and Burma as a member of the 57th Squadron of the 33rd Fighter Group, flying mostly P-47s but a few missions in P-38s. He stepped in to help relieve the remnant of the Flying Tiger squadron, by then suffering combat fatigue, and flew the last six missions of the Flying Tiger squadron in P-40 planes over China. He was promoted to First Lieutenant and became a flight leader flying 86 combat missions and earning four Theatre Ribbons, the Distinguished Flying Cross and the Air Medal with a Cluster.

He earned a Bachelors degree (1949), Masters degree (1952) and Ph.D. (1959) in psychology from the University of Washington and worked as a licensed clinical psychologist in Washington and California. It was as Behavioral Research Director at Enzomedic Labs in Seattle that he first analyzed studies of recovering alcoholics and understood abstinence from alcohol, for even a brief period, eliminated the psychiatric symptoms of most recovering alcoholics. This led him to conclude such psychiatric symptoms are characteristic not of the person, but of the brain pathology of the acute and protracted period of withdrawal from alcohol. This insight paved the way for his treatment philosophy for recovering alcoholics of abstinence, good nutrition and behavioral normalization rather than prolonged, misdirected, and often ineffective, psychiatric treatment. He articulated his treatment philosophy in the classic book Under the Influence and practiced it in treatment programs including Alcenas Hospital Addiction Treatment Center and Lakeside-Milam Recovery Center.

The world knew him as Dr. James R. Milam; we knew him best as Bob, Jim, Dad and Grandpa. He raised up three children, Kathryn Milam, May-Rose Reece and David Waid, two of whom followed him into the sky, one into science. And, as he wished, our Grandpa spent his last months living in the heart of his family with grandchildren Kiril, Dmitry, Elena, Esubalew and Julia, sharing the daily tales of strike-out pitches from the mound, jaw-dropping stops in the soccer goal box, improved grades, college prospects and his beloved Mariners and Seahawks. Grandpa enjoyed watching our pups' playful skirmishes and he sparred daily with kitty Bug over rights to the milk in his glass at the kitchen table.

He is preceded in passing by life-partner Beverly Jean Milam and survived by his children, grandchildren, three siblings and many nieces, nephews and friends.

3:30 PM, at Lakeside-Milam Recovery Center, 10322 NE 132nd St., Kirkland, WA 98034. In lieu of flowers, please donate in his name to the Seattle Animal Shelter or World Association for Children and Parents ("WACAP") in Renton, WA, both organizations near to his heart.

We love you, we miss you ~ soar

free and wild our precious Eagle. 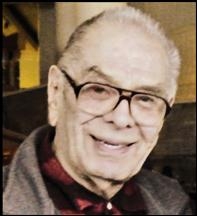 To plant trees in memory, please visit our Sympathy Store.
Published by The Seattle Times from May 29 to Jun. 5, 2016.
MEMORIAL EVENTS
No memorial events are currently scheduled.
To offer your sympathy during this difficult time, you can now have memorial trees planted in a National Forest in memory of your loved one.
MAKE A DONATION
MEMORIES & CONDOLENCES
Sponsored by The Family.
12 Entries
Dear Jim, you are a man that I think about and talk about often. Your caring genius resulting in your dissertation that I read after attending your Saturday lecture at Alcenas in 1962 resulted in my decision to commit myself to treatment on 3/31/1973. That treatment saved my life and allowed me to celebrate 45 years of sobriety and 50 years of marriage this year. My only regret is not being able to share this with you personally. My best wishes to your family. You were one of the most intelligent and courageous men I've ever met and by far the most significant person in my life. Thanks
Ron Connor
December 7, 2018
5 years sober in great part due to Jim's book Under The Influence. RIP and thanks!
Jay Carlson
July 7, 2017
Dr. Milam's teaching along with the support of AA and a wonderful wife are the reasons I'm sober today - over 45 years. I had no idea he was a war hero but that would be consistent with the man I knew.
Tom Friedel
Student
May 14, 2017
Jim Milam changed my life with his knowledge and the wisdom of his experience. I will never forget listening to him speak at Alcenas, my pen scribbling as fast as humanly possible (notes that only I could read!), trying to capture his stories, his humor, and his compassion. "Under the Influence" was (and continues to be) a great adventure for both of us and his wisdom lives on in the pages of that book. Sending love to his family . . . Katherine Ketcham
Katherine Ketcham
December 7, 2016
marty bourgeois
June 6, 2016
You have made recovery a blessing to all who followed your direction, and found our recovery in the work you invested in and shared throughout the colleges and within your beliefs. You kept it simple, and placed faith in the pursuit of being clean and sober. I was one of those folks, and had the gracious blessing of being able to associate my recovery with Lakeside-Milam for over 20 years. Lakeside-Milam is a blessing for those who are in need, and you my friend, were blessed to be able to supply. Rest in the same peace, you have provided for others.....
Marty Bourgeois
June 6, 2016
Marty Bourgeois
June 6, 2016
That though the radiance which was once so bright be now forever taken from my sight. Though nothing can bring back the hour of splendor in the grass, glory in the flower. We will grieve not, rather find strength in what remains behind. William Wordsworth

Sincere Condolences
Bothell High School Alumni Association, Sunshine Committee
June 4, 2016
Dear Kathy
I am so sorry. It seems like yesterday your Dad encouraged us to scribble on the walls in the basement, be was going to paint so he told us to have fun!

My Dad also passed away this year, it is so hard. They were very good men.

Sending you a hug and love,

Debbie(Strout)Doces
Debbie Doces
June 3, 2016
mike hobi
May 31, 2016
My condolences to the family of this great man. He saved my father's life at Alcenas in 1973, and helped him find his way to 26 years of wonderful sobriety. Dr. Milam's groundbreaking treatment and understanding of alcoholism healed our whole family and for this we will be eternally grateful. The world is a better place because he was here.
Christine Gaston
May 29, 2016
I am so sorry for your loss. May the God of all comfort hear your heart-broken prayers and provide you with much needed comfort during the difficult days and weeks ahead (Isaiah 42:10).
Krystal DB
May 29, 2016
Showing 1 - 12 of 12 results