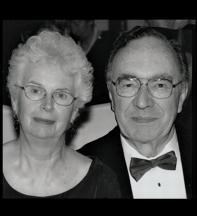 Jean Louise Penrose was born on September 7, 1939, in Ontario, Oregon, the daughter of George Lewis Penrose (1915-87) and Elinore Sterrett Shields (1913-93). She grew up on their small farm in Tigard, Oregon, where she and brother Larry were active Happy Heifer 4-H Club members, raising and showing Guernsey cows at county and state fairs.

After high-school graduation in 1957, Jean spent a memorable year with her family in Tehran, Iran. She also lived on a kibbutz in Israel as part of the International Farm Youth Exchange (IFYE) Program. Both experiences fostered her respect and love for people from other cultures and religions.

With her 1962 Bachelor's degree in Home Economics from Oregon State University, she went to Colorado to teach high-school HomeEc. Her sense of adventure took her to Juneau, Alaska in 1965 where she taught at Juneau-Douglas High School.

She and longtime Alaskan Pierre Sundborg fell in love on their first date in May 1966 and were married in December. Pierre's 30-year career with IBM brought the family to Seattle in 1968, then to New York, Texas, Leicester in England and St-Paul-de-Vence in France. They adopted infants George Charles (named for both grandfathers and a great-uncle) in 1969 and Lynn Marie (named for Jean's mother "Lynn" and Pierre's mother Mary) in 1971. Lynn died in 2007.

Wherever she lived, Jean was an active volunteer and community member. After moving from Normandy Park to Seattle in 1992, Jean co-founded and led the Uptown Alliance. She reminded all that it's not "Lower Queen Anne"; northward progression has historically been Downtown, Belltown, Uptown, then Queen Anne atop the hill. She happily counted 34 businesses and residences named "Uptown". Jean was the driving force behind the creation of Uptown's Counterbalance Park. Mother's Day usually found her protesting nuclear weapons at the Ground Zero Center for Nonviolent Action. In the 1990s she worked for Triangle Associates, specializing in waste reduction and recycling. Always close to her heart was her beloved Unitarian-Universalist church where she led in many positions.

In retirement, she pursued passions of traveling and family genealogical research, the reason for full names and dates here. The photo above is Jean with Pierre on a 2009 Holland-America cruise. Below was her last Sunday, during a Baltic cruise aboard the Rotterdam; we are grayer, same dress and tie, no longer needing glasses, heads fuller of joyous experiences! While choosing to go dancing that Thursday, she felt a headache, a sign of massive cerebral hemorrhage. Unconscious in minutes, Jean died the next day, June 22, 2018, tended by Pierre and caring nurses in the North Estonia Regional Hospital.

She is survived by Pierre, son George in Puyallup, brother Larry in Sandpoint, Idaho, sister Nancy Penrose and husband David Muerdter in Seattle, nieces Liisa and Claire and nephew Geoff, Sundborg sisters- and brothers-in-law, and their families.

Jean's memorial service will be

at 2:00 PM on Saturday, September 22 at Saltwater Unitarian-Universalist Church,

Her remains will be buried next to daughter Lynn and Jean's parents Lynn and George, in a small Oregon Pioneer cemetery near Dayton, Oregon. 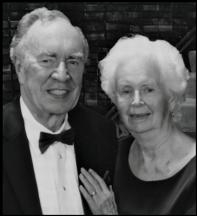 Published by The Seattle Times on Jul. 22, 2018.
To plant trees in memory, please visit the Sympathy Store.
MEMORIAL EVENTS
Sep
22
Memorial service
2:00p.m.
Saltwater Unitarian-Universalist Church
25701 14th Place S., Des Moines, WA
MAKE A DONATION
MEMORIES & CONDOLENCES
Sponsored by The Family.
7 Entries
Sincere condolences to Jean's family and other loved ones. I knew her at the Interbay PPatch. Jean volunteered several years to drive produce from the PPatch to the Mary's Place Shelter for women in downtown Seattle. She gave so much of herself to everything she did. She is greatly missed. I for one am very grateful to have known her.
Marilyn Skipper
August 15, 2018
Jean was a dear, sweet, committed woman who was always so kind and caring to me. I will miss her very much.
Alice Zillah
August 3, 2018
My prayers go up for the Sundborg family and all who loved Jean.
Mary Oaksmith Nichols
July 30, 2018
What a gal! Lots of fond memories working with Jean on UU and community activities
Gary Finke
July 25, 2018
Sincerest condolences to Jean's husband, son, family and friends. She truly lived life to it's fullest and I for one will remember the grace with which she did so.
Cathy Palzkill, Dodgeville, WI (formerly from Pouslbo, WA)
Catherine Palzkill
July 24, 2018
Peace to Jeans family. What a loving generous lady. Always made newcomers welcome, always felt special when talking worh her.
Jim and Peg LovellFord
July 23, 2018
I don't often look at the obituary pages but for some reason did this Sunday. I was so sorry to see the notice about Jean. She was an amazing person--she cared so much about the state of the world and actually did things to make a difference. It was such a pleasure working with her at Triangle and then keeping in touch over the years. I'm sorry that we hadn't connected in awhile.

My sympathies to her family. When I did see Jean, she always had interesting news to share. I'm sure she will be missed for all she did in the different communities in which she was engaged. All I can think though, that she left the world while having a blast, and she definitely left the world a better place than it was before.
Jennifer Howell
July 23, 2018
Showing 1 - 7 of 7 results