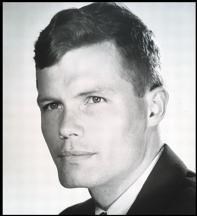 John loved being in the outdoors, playing bluegrass music on his banjo, working on wood projects in his San Juan Island workshop, and spending time with family. He is survived by his wife Betsy, sister Susan Saxton, sons Colin (Toni), Chris (Phyllis) Peter (Cindy) and seven grandchildren.

We will miss him greatly.

Memorial to be held on Friday, February 16, 10:00 AM at Epiphany Parish of Seattle,

Donations can be made to the ACLU, Nightwatch, Earthjustice or a charity of your choice.
To plant trees in memory, please visit our Sympathy Store.
Published by The Seattle Times from Jan. 29 to Jan. 30, 2018.
MEMORIAL EVENTS
Feb
16
Memorial service
10:00a.m.
Epiphany Parish of Seattle
1805 - 38th Avenue
MAKE A DONATION
Please consider a donation as requested by the family.
MEMORIES & CONDOLENCES
Sponsored by The Family.
1 Entry
I came before Judge Darrah back in the 70's for failure to pay warrants for traffic tickets.He was kind and understanding at a time when I was feeling bad about myself.He gave me a second chance to improve my lot in life,which I eventually did.RIP Judge Darrah.
Anonymous
January 30, 2018