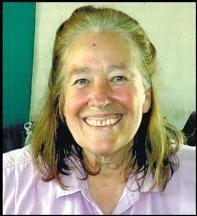 The daughter of Henry and Della Cable; Judy was born in Hood River, Oregon on September 5, 1946. She was raised in Wapato, Washington and moved to the Seattle area shortly after marrying her husband of 46 years, Tom Chambers, where she worked as a teacher until her second daughter was born.

Judy's gift and passion was caring for others, she was a humanitarian at heart and in practice. She raised three children, volunteered in schools, and eventually worked with at risk youth. After seeing a neighbor in need, Judy and her husband Tom created a trust to provide basic medical supplies to low income Seattle families. For over two decades Judy has volunteered countless hours and traveled to many countries with International Smile Power; and for the last seven years she has led the non-profit in their efforts to improve and sustain dental health and build bridges of friendship around the world. Judy's radiant smile and personality made people feel special and created a warmth that could be felt from thousands of miles away. She touched so many lives, inspiring people with her quiet strength, generous nature, and positive spirit.

Judy was an amazing wife, mother, grandmother, daughter, sister, and friend. She played an active role in many people's lives and created special memories with everyone she invited into her family.

Judy was preceded in death by her husband Tom Chambers and father Henry Cable. She is survived by her mother Della Cable, her sister Jerri Shinn, her children Jolie Lofink, Jana Jiwani, Tom Chambers, Jr., and her six grandchildren.

Family and friends are invited to share memories and sign the family's on-line guest book at www.flintofts.com.

In lieu of flowers, the family requests memorial donations be made to International Smile Power at 704 228th Avenue NE; #204, Sammamish, WA 98074, or www.smilepower.org.
Published by The Seattle Times on Aug. 24, 2014.
To plant trees in memory, please visit the Sympathy Store.
MEMORIAL EVENTS
Sep
6
Celebration of Life
3:00p.m.
Beaver Lake Lodge
25201 SE 24th St, Sammamish, WA
Funeral services provided by:
Flintoft's Funeral Home and Crematory
MAKE A DONATION
MEMORIES & CONDOLENCES
Sponsored by The Family.
10 Entries
Christy Smead
December 18, 2017
Still missing you ... think of you often.
December 18, 2017
its been a while since nana passed, and i still really do miss her. i wish we had some more time together. a beautiful person.
Rylee Chambers
Grandchild
June 8, 2017
Judy was one of the people who make this world a better place. She touched many lives with her love and care. I will miss her! She was a great travel partner.
Therese Sprunger
September 4, 2014
Judy always had a smile and positive attitude. She was always kind to my children and family, we particularly appreciated spending time with her (and your family) when we had the infamous power outage. We were blessed to know her. Thinking of you all.
Lynne Marquis
September 2, 2014
Had lots of fun with Judy's husband Tom and her dad Mr. Cable at Wapato High School. Sorry I never knew Judy as a close friend except meeting her at class reunions. I was a classmate of her husband Tom. May God comfort your family as time continues.
Larry Johnson
August 26, 2014
I was so very blessed to be your friend. I miss you.
Christy Smead
August 25, 2014
Blessed to know Judy and your family. Her Smile Power will live on. I am sorry for your loss.
Julie Jonson
August 25, 2014
Our thoughts & prayers are w/the Chambers Family during this difficult time!! Thanks for being so kind to our Daughter Renee & family over the years!!
Keith & Barb Kuck
August 25, 2014
We missed you at the renioun. Adele and Hamley hale
August 24, 2014
Showing 1 - 10 of 10 results