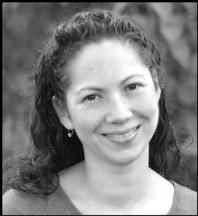 Kim-An Lieberman, gifted poet and teacher, passed away on December 8th from gastric cancer. She was diagnosed in 2011 at the age of 37. She is preceded in death by her father, Frederic Lieberman, and survived by her husband, Matthew Williams, her mother, Kim Nguyen, her siblings, Quyen Hamilton, Dan Lieberman and Bryna Lieberman, and her children, Cassia, Kellan and Mireya.

A memorial will be held on December 30th at 3:00 p.m. in the Seattle Asian Art Museum. In lieu of flowers the family requests donations be made to the Kim-An Lieberman Memorial fund at The Evergreen School to offer financial aid for students in need. Visit KALscholarship.com to donate.

Born in 1974 to parents of Vietnamese and Jewish heritage, Kim-An was raised in Seattle and attended the The Evergreen School. At Shorecrest High School, she maintained a perfect grade point average and perfect attendance. While she was admitted to every university to which she applied, Kim-An ultimately chose the University of Washington; as a Washington Scholar, her education was fully paid for, an honor achieved by only a tiny fraction of students in the entire state. She graduated at the top of her class and was subsequently awarded a Mellon Fellowship for the Humanities. She received her Ph.D. in English from the University of California, Berkeley, with an emphasis in Vietnamese-American literature.

Kim-An was an accomplished poet, writing works of heartbreaking precision and insight. Her essays and poems appeared in numerous anthologies and literary journals such as Poetry Northwest, ZYZZYVA and The Threepenny Review. In 2008, she won the Blue Begonia Press First Book Award, leading to her debut book of poetry, Breaking the Map. Among other honors, Kim-An was shortlisted for a Stranger Genius Award for Literature in 2009 and became a member of the Jack Straw Writers Program. At the time of her death, her second book, In Orbit, was in the process of being published, also by Blue Begonia Press.

Brilliant and disciplined, Kim-An was multilingual, fluent in English, Vietnamese and French, and a skilled pianist. She stayed close to her Vietnamese and Jewish roots, exploring and articulating issues of identity in her writing and teaching. Committed to education, she taught kids of many ages in varied settings, from inner-city Dayton, Ohio, to Seattle's renowned Lakeside School, where she was a faculty member in the English department.

She was also an ardent advocate for the environment and for animals. And though she had an encyclopedic knowledge of Seattle-especially of where and what to eat-her happiest moments were at home, surrounded by the family and children she adored, with a cat or two nestled in her lap. She inspired us with her resilience and humor, even in the darkest hours of her illness. We will never forget her: the strongest spirit, the finest mind, the largest heart.

I stretch my arms into sweeping water
and the tide beats through me.
My most beautiful thing. My ocean.
My boundaries. My edge of the world.
I have come this distance
to see the sun unravel
in strands of orange.
I have come this distance
to know, if it can be known,
what melts into shadow
and what persists.
("Calligraphy," Kim-An Lieberman)
To plant trees in memory, please visit our Sympathy Store.
Published by The Seattle Times from Dec. 14 to Dec. 15, 2013.
MEMORIAL EVENTS
Dec
30
Memorial service
3:00p.m.
Seattle Asian Art Museum
MEMORIES & CONDOLENCES
Sponsored by The Family.
43 Entries
Kim-An's light and love continues to shine through her beautiful children. We'll light a candle in her spirit!
Renko Dempster
December 8, 2020
I will NEVER EVER forget the gentle, tender but determined way Kim-An would approach her world, and especially her family. Her face is forever carried forward by both of her daughters. I will tell a story that I have not shared before now: On the very day of Matt and Sharon's wedding, a little more than a year ago...as I was sitting in the front row and the bridal attendants were entering the wedding site, with Dax' keyboard music playing... I witnessed with my own eyes the image of Kim-An entering the site...It was her and I could see her so clearly. After rubbing my eyes from tears I could see it was, in reality, Cassia, in a beautiful dress, carrying flowers and entering the site. I have superb fighter-pilot vision and I SAW Kim-An at that initial moment, artistically embedded within her first daughter.
Michael Williams
Father
December 8, 2020
A photo of you and Matthew sits on my office credenza so I will be reminded daily of your gentle smile and wonderful persona. Kim-An, you are missed but never forgotten. Please be assured that your children are loved deeply and are with great role models, who never let them forget their wonderful mother.
Michael Williams
Family
December 8, 2019 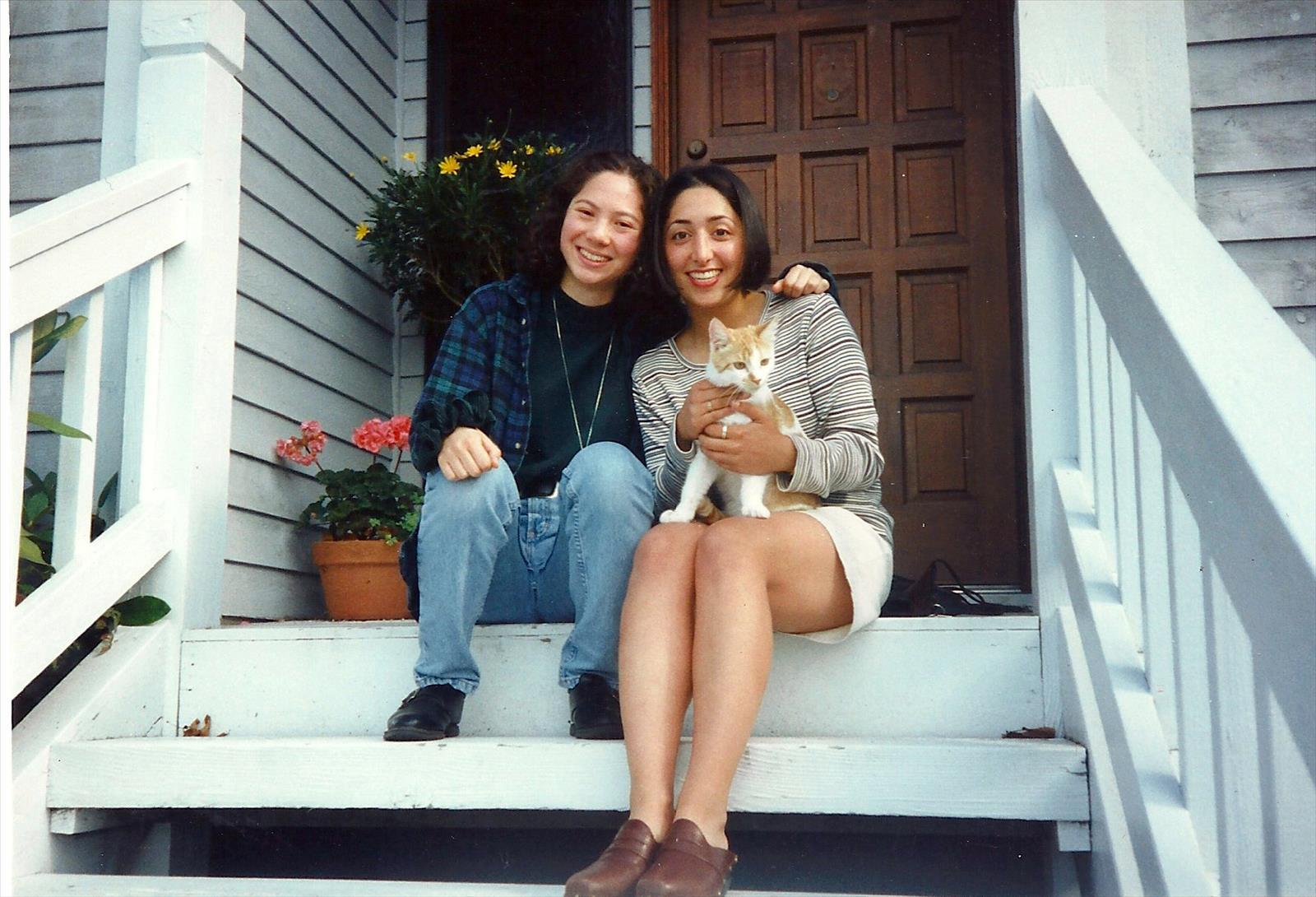 Four years have passed and I miss my dear lifelong friend more than ever. She was truly special. Otherworldly. And perhaps that is why she left us so soon. She was brilliant and kind, as many others say. She was also clever and funny. She gave the best advice. She was open. I will always remember her unique smile and our numerous inside jokes.I had so much more to say and share with her.

I wish she didn't have to go through the brutality that cancer brings. The permanence of death is hard for those who remain behind, but at least she is in peace and no longer in pain.

Deepest love to everybody who knew her. Especially Kim, Quyen, Dan, Matt, Cassia, Kellan, and Mireya. She had the most wonderful family.
Misha Graham
December 15, 2017
I remember Kim-An as a sweet thoughtful young girl and an excellent student. I was one of her teachers at the Evergreen school. I am saddened to hear this news.
Peter Wojcik
June 7, 2014
Kim-An's life is an inspiration. Kim-An was strong in a feminine way, and was wonderfully interested in what other people had to say. Kim-An's love and support of her husband Matt, and her kids touched everyone she met. She will be missed, but has made us all better for knowing her.
Mary Austin
January 17, 2014
I am so sorry for your loss Quinn and Dan. I am sure you both miss her a lot. My older sister Maia also past away in 2004 of a cancer in her middle. If either of you would like to talk to me about letting go I am always available at 360 528 1448. I am James Shrout and would like to talk anytime.
James shrout
January 8, 2014
What a shock and complete tragedy to lose such a beautiful soul. I remember meeting Kim-An in Hanoi in 1996, and then again when her lovely family was visiting Maui. What a bright and talented young woman, taken away far too early. My sincerest condolences to all the family.
Lisa Nuyen Judge
January 6, 2014
We are saddened to learn of the death of Kim-An. Years ago she corresponded frequently with my mother, Adele Stein, a cousin and best friend of Kim-An's grandmother Bryna Lieberman. My mother also had enormous affection for Kim Nguyen, who I also recollect fondly. My family is so very sorry about Kim-An's passing.
Howard Stein
December 29, 2013
My mother, Adele Stein, was a cousin of Kim=An's father's mother. She and Kim-An corresponded until my mother's death in 2002. Kim-An wrote her the most beautiful letters and my mother always loved her. I am so sorry to hear of her passing.
Ann Roberts
December 28, 2013
Wow...what a loss to our world. Kim-An was an amazing soul and person, as everyone that she touched knew. Although we were peers, meeting at a high school leadership camp one summer, I also looked up to her. Her calm demeanor, amazing intelligence and pursuance of education were all inspiring and made me want to be a better person. She was so committed to everything she spent her time on. As the years passed by, we became in touch merely through an annual Christmas card, but I looked forward to getting it every year. I am sad I didn't get another moment with her, but know Heaven is surely in great hands with her there and I know we have a great angel watching over us now. Rest in peace Kim-An. Love to Cassia, Kellan, Mireya, Matt, her mom and siblings.
Sara Ritner
December 28, 2013 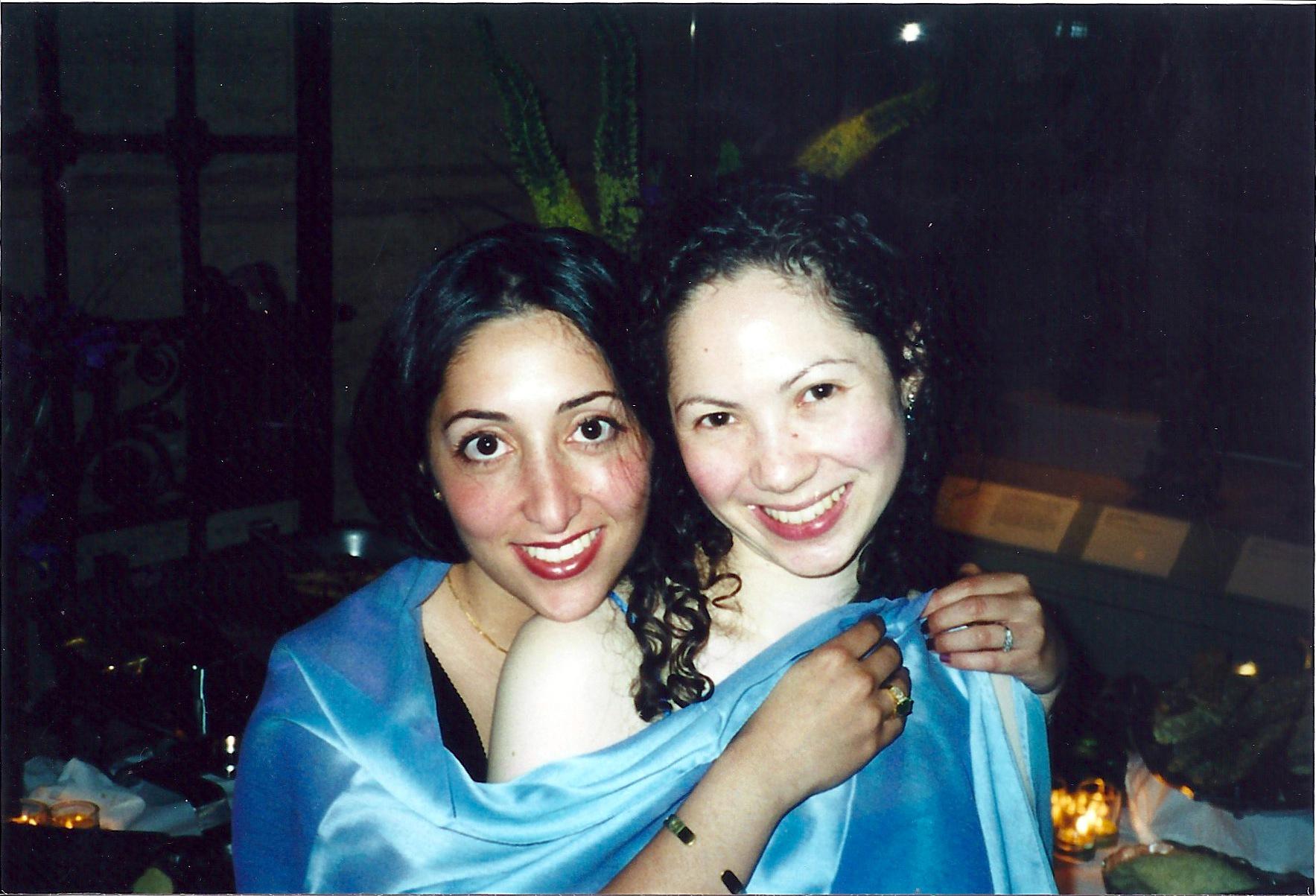 -Claudia Hartley, former student.
Claudia Hartley
December 16, 2013
As a former student of Kim-An's, I am truly and deeply saddened to learn of her passing. I have fond memories of her gentle and thoughtful teaching style. In particular, I remember visiting museums with her during "project week" at Lakeside School. While driving from one museum to another, Kim-An shared with us memories of her own high school years, and offered bits of wisdom that were filled with kindness and genuine caring. I offer heartfelt condolences to her family during this time. Alice Laskin, student of Kim-An's in 2002 & 2004.
Alice Laskin
December 16, 2013
A teacher who wouldn't settle for anything less than our best work. Such effort made her a rare blessing.
Daniel Thompson
December 16, 2013
Kim-An was an inspirational, brilliant and trusted colleague who left a deep impression on all those she crossed paths with. My thoughts and prayers are with her family, friends and all those she touched in many meaningful ways. She will be missed.
Jamie Asaka
December 16, 2013
Kim-An was a force of kindness and brilliance as a colleague and fellow Jack Straw writing fellow. Our cohort of writing fellows of 2009 is heartbroken at her passing. Priscilla Long
December 16, 2013 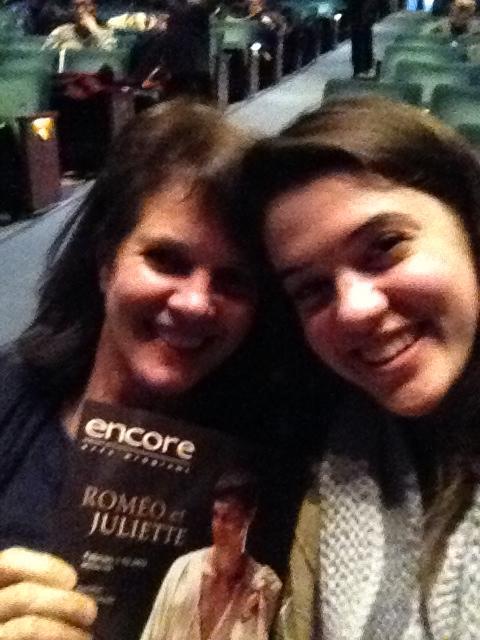 Kim-An was my friend and colleague in the English department at Lakeside School, where our work continues to be inspired by her amazing influence as a poet, teacher, social activist, and beloved friend. Many of us teach Kim-An's poetry in American Cultural Studies to juniors, and indeed she visited many junior classes earlier this year and the previous spring to read from "Breaking the Map" and discuss her poetry with our students. I assign "Calligraphy" on a regular basis, and actually we read it to the entire upper-school faculty last week when we shared the tragic news of her passing. Kim-An was also my daughter's teacher during Leah's freshman year, and Leah remembers her kindness, encouragement, and excellent teaching with affection and admiration--and a great sense of sadness now. Our hearts break at the loss of such a beautiful person who gave so much to this world. I send my love and sincere condolences to Matt and the children and to Kim-An's mother and siblings--to everyone who knew and loved her. Lindsay Pentolfe Aegerter.
Lindsay Aegerter
December 15, 2013
Such a light and lovely spirit must always be contained in the universe. She will be sadly missed here, but looked for in other bright places.
Tracy Huddleson
December 15, 2013
Kim-An's quiet smile was as luminous as her words.
Sumi Almquist
December 14, 2013 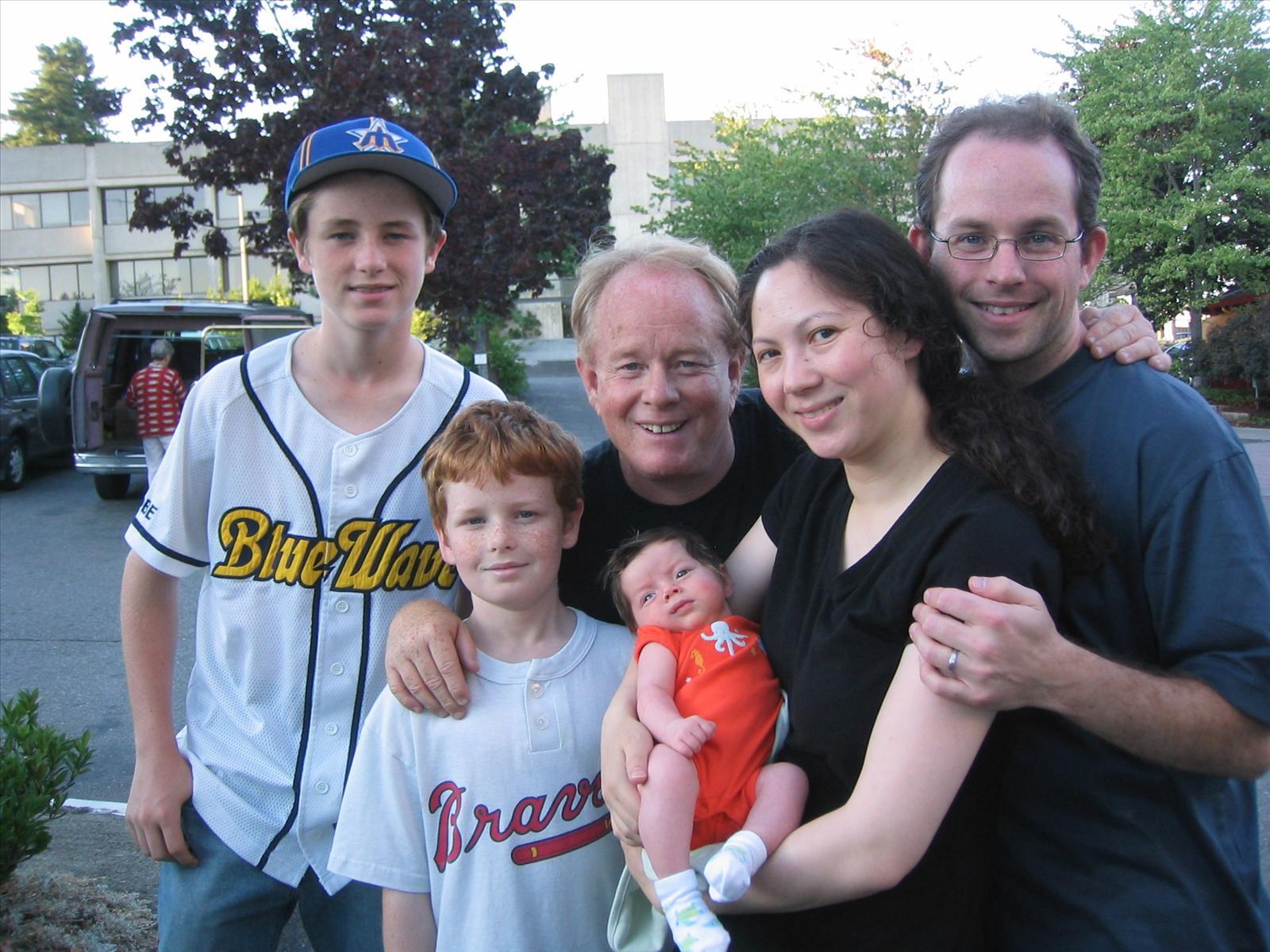 I will forever remember Kim-An as being the most loving, patient and tender mother to her three beautiful children that I could ever imagine. She touched everyone who came into her life in a special way that you would always remember, listening intently and responding with comments that would let you know how "tuned in" she was to the conversation. She made her children memorable and special, and she made my son, Matt, a better man, a better husband and a better dad. Kim-An was extraordinary, and she will never be forgotten. She made our family a better family and she made the earth a better place. We all love her very much.
Michael Williams
December 14, 2013