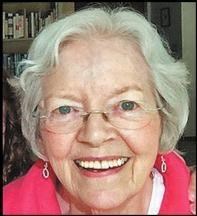 Born in Roundup, MT, Marilyn graduated from Grant High School in Portland before settling down in Seattle, where she worked for Bell Telephone, even as a spokes model at one time.

She met the love of her life - Robert W. "Bob" Schaefer - while studying classical piano at Cornish School of the Arts. Married to Bob at Seattle's First Methodist Church in 1951, Marilyn went on to become The Great American Mom to four kids, and was considered a "second Mom" to many.

She lived a life full of love, laughter, music, family and more, was always very positive and upbeat, gracious, loving, and seemingly never got sick - she was "always there." Marilyn loved gardening (especially roses), playing the piano, traveling to Cannon Beach, listening to jazz, being with her family, celebrating holidays and special occasions, boating, walking on Alki, decorating, her Golden Retriever Jenny, dining out, laughing at jokes with her husband of over 50 years, home life, Seahawks and Husky football, taking the family to see Santa at Frederick & Nelson, and so much more.

Very involved with schools and the PTA, Marilyn was once honored with a Golden Acorn Award from the Schmitz Park PTA.

Later, after becoming an Empty Nester, she went back to school, earned a degree in Business Administration at Highline College, then enjoyed working for law firms for ~25 years; her last position was at Eisenhower and Carlson.

Marilyn also had great penmanship, was a lover of making lists, and was very organized. Her upbeat, happy voice was always positive, and she rarely cursed, with the worst expressions heard being "God...Bless America!" or "Oh Blast!" and most often, "Oh Bob!"

She was loved by all.

A private family memorial is planned for the fall. 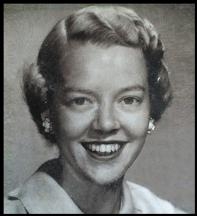 Published by The Seattle Times on Jul. 29, 2018.
To plant trees in memory, please visit the Sympathy Store.
MEMORIAL EVENTS
To offer your sympathy during this difficult time, you can now have memorial trees planted in a National Forest in memory of your loved one.
MAKE A DONATION
MEMORIES & CONDOLENCES
Sponsored by The Family.
0 Entries
Be the first to post a memory or condolences.