Mark Allan Small, 45, of Edmonds, Washington was surrounded by family and friends when he passed away on Tuesday, October 22, 2013 at 9:30 pm.

Mark was born in Portland, Oregon on November 12, 1967 to Dave Small and Phyllis Emmert. Mark had many happy memories of growing up in West Seattle, WA, graduating in 1986 from West Seattle High School. He went on to attend Washington State University and in his junior year was drafted by the Houston Astros. Mark spent the years 1989 through 2001 enjoying life as a minor and major league baseball player, living his dream.

Mark is survived by his wife, Shari and their children, Ryan, 14, and Shaylee, 10. In addition, his mother, Phyllis; his father, Dave; his stepmom, Maxine; his stepdad, Bob; his brothers, Chris, Jeff and Barry; his stepbrother and sister, Kurt and Kim; his Grandma Jesse and his closest friends, Jim, Jeff, Joel and Matt will miss him for the rest of their days.

Mark has left us with broken hearts that we will work to mend by remembering every one of his hilarious and entertaining stories. Thankfully, his sense of humor and kind spirit will live on through his children.

In lieu of flowers, memorial donations may be made to UTMA Education Trust Accounts for Ryan and Shaylee at any branch of Chase Bank.
Published by The Seattle Times from Oct. 31 to Nov. 1, 2013.
To plant trees in memory, please visit the Sympathy Store.
MEMORIAL EVENTS
Nov
3
Celebration of Life
11:00a.m.
Alki Community Center
5817 SW Steven St., West Seattle, WA
Funeral services provided by:
Yarington's/White Center Funeral Home
MAKE A DONATION
MEMORIES & CONDOLENCES
25 Entries
Mark,
I'm so glad I got a chance to meet you and play with you in Oklahoma City. I enjoyed our 5 months we spent together threw spring training and the season. I was looking through old baseball cards and yours was the first I saw, so I said let me see what my old buddy is doing. I just learned the news that you were in a better place. I'm glad to see your family has grown. I will be talking to you weekly my friend. I wish your family the best.
Larry Thomas
July 24, 2014
A very funny guy in middle school. Mark was liked by all.
Stan Nelson
May 4, 2014
I remember Mark as a gentle soul with a reassuring smile. I'm so sorry to hear of his passing. Love, light and hugs to Mark's dear ones.
Lisa Boggs (Crumb)
January 9, 2014
I first met Scoobs at football practice at WS our senior year. I was a transfer from Oregon and I was new to a lot of people. My first encounter with Mark was trying to compete with him at throwing the football the farthest. I didn't win, but I did win by meeting the most sincerest humble young man I've ever known. I was blessed to know the true "Natural". May you rest in peace Mark while you sit with God to look over family.
Isac Cantu
November 18, 2013
The only reason I ever played baseball in High School was because of Mark.. Him and I had a gym class together and he encouraged me to try out for the team and it was something I never regretted as I made lifelong friends because of this.. One of the best baseball players I have ever seen and one of the nicest guys as well.. RIP Scoobs
Rick Antonelli
November 13, 2013
Search Light Moms wants to tell you how sorry we are for the passing of your Mark. If there is anything that we can do for you please let us know. We as mothers understand the day to day pain as we search for answers.
Love and Blessings,
Search Light Moms
www.slmoms.com

Also on Facebook
Kathy Davis
November 12, 2013
Mark was someone that I grew up with in WS and have many good memories of as kids. He was a great ballplayer and a good guy. Though I left Seattle years ago I always have such a strong connection to home. My prayers and thoughts go out to his entire family and our classmates alike.
Matthew Roberts
November 9, 2013
On Tues Oct 22nd the West Seattle Community and WS High School lost one of its greatest and respected student athletes in its history. Mark Small a graduate of the class of 1986 passed away with family and friends by his side. He was a great friend to many of the people here tonight. We'd like to ask for a moment of silence in memory of Mark Small. He will be greatly missed.
~ Announced at the 2013 WSHS Homecoming Game.
November 8, 2013
Our hearts go out to Shari and her family. Mark was the one to keep us all loose in the bullpen. By far as funny as anyone I have known. I know he would be upset with how hard we are grieving for him right now. Our prayers are with you all.
Dean Hartgraves
November 7, 2013
Mark was such a wonderful person, this news just breaks my heart. Some of my favorite memories of my time in baseball are of the times I spent as Mark's teammate. Whether he was covered in shaving cream from head to toe running down hotel hallways as the yeti or playing wiffle ball in the Tucson clubhouse or just giving him crud when Shari would pack his lunch and take his meal money before he got on the bus. A truly great individual who has left us too soon . My thoughts and prayers go out to Shari and the Small family.
The Dougherty Family
JIm Dougherty
November 7, 2013
We send our deepest sympathies to the Small family. We have come in contact with thousands of people in the wonderful game of baseball and Mark was truly a genuine, good humored man. A person that we immediately remembered both by name and by face even though our paths had not crossed in many years. Thats the kind of impression that he made on you. Our hearts were deeply saddened by the news of his passing. We send our thoughts, prayers and strength to Sheri and their children.
November 7, 2013
Our deepest sympathies go out to the Small family right now...we are in total disbelief about this news of their loss...they have been cheated of one of the funniest, most genuine good guys on this planet...Mark Small was infectious to any and all he came in contact with and he was truly a pleasure to have known..his smile and sense of humor I still talk about to this day and his tape measure clubhouse wiffle ball home runs are legendary in Tucson still... God Bless you Mark and may you find peace and comfort and watch over your family forever...
The Montgomery Family.
Ray Montgomery
November 6, 2013
I will always have wonderful memories of Mark, and he will always be in my heart. We will all miss you, Mark. Thoughts and prayers to your family.
Holly Mote
November 6, 2013 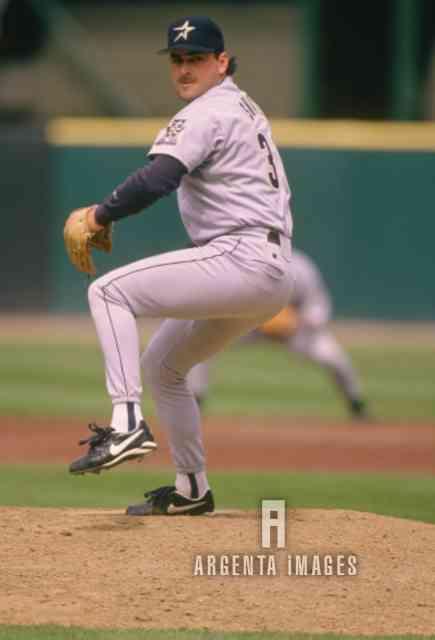 Scott Levison
November 5, 2013
The time we spent with Mark was a blessing... We will always remember him as smiling and strong... A truly great and funny guy, who loved to joke around, and always fun to be with... A wonderful Father who loved Ryan and Shaylee dearly... Mark has passed on before us, and our loving memories of Mark, remain here on Earth in us, and so many other hearts... So until then, Mark thank you for blessing our lives with your loving soul...
Anne Sandberg Atkinson
November 4, 2013
May fond memories fill the hearts of all who loved Mark. I feel blessed to have known him and even more blessed to have he and Shari share their beautiful children with our family. My heart goes out to Shari, Shaylee, and Ryan. I love you!
Michelle Carroll
November 4, 2013
This saddens my heart. Mark was a huge part of our sons young sports life. Always giving so much of his personal time to help. He was such a giving person. Our hearts ache for Ryan, Flick and Shari. Our thoughts are with you all.
Don, Nikki, Samone and Issac Jackson
November 4, 2013
Mark will be greatly missed by his second family,"Costco 106"
Lynette McFarland
November 3, 2013
I hung out with Mark during High School and I wished that we would have kept in touch. Mark was a great person and my heart goes out to his wife and children. I can't begin to imagine what they must be feeling or going through. I'm not sure why his life was cut so short but what I do know is that he touched so many people lives that he will not be forgotten.
A Friend From High School
November 2, 2013
RIP Mark, such a sweet soul gone but never forgotten. Heartfelt sympathy to his children and family.
-Gillian Campbell Syverson
November 2, 2013
Mark was a great man and I am so happy I got to spend so much time with him when I was a kid. He would come to my soccer games and basketball games when I was a kid and I'd always brag about how I knew a cool baseball player. One time after a soccer game my friends and I were on the merry-go-round and wanted someone to spin us so I asked Mark because I knew he would be able to spin us fast. He spun us so fast I actually flew off the merry-go-round and I remember him freaking out and running over to make sure I was okay. He had a kind heart and was pretty much another member of the Jones family. We love you Mark.
Melissa Jones
November 2, 2013
Will always hold dear memories of our shared trip to Victoria, baseball games in Tucson and the fun phone calls during girls weekends!!!
kimberlee chamberlin
November 1, 2013
May the Hearer of Prayer grant comfort, courage, strength and peace at this difficult time. Our deepest sympathies.
Psalm 65:2
Friends from New York
October 31, 2013
Scoobie!