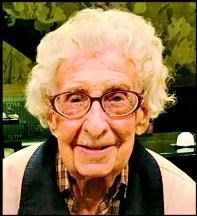 Following a brief illness, Mary Anne passed away peacefully on June 26, 2019, in Port Angeles WA, at the age of 97.

She was born in Seattle on May 25, 1922 to John Katica and Katherine (Jurich) Katica. She grew up on Queen Anne Hill where she lived most of her life. Mary Anne was preceded in death by her three siblings, John, George and Mildred.

She graduated from Queen Anne High School in 1940, and in her senior year was captain of the girls basketball team. Her love of sports continued throughout her life. She coached St. Anne's CYO girls' basketball & girls baseball, bringing home the city championship in 1965. She rooted for all Seattle teams, but especially for her beloved Seattle Mariners, whom she watched until her death.

In 1949 she joined the Chancellor Club for Catholic singles, where she met and married Bill Boyle. Mom was married to Dad for 43 years until his death on November 8, 1992. They had six children, each claiming to be her favorite: Barb, Joanne (TJ), Patty, Monica, Susie (Paul) & Tim.

Having six kids in 10 years was never a burden to her. She loved piling us into the station wagon to spend the day on Alki, getting back just in time to throw dinner in the oven before Dad got home. If we had a cut or a scrape, she would tell us to jump into the water, because salt water cures all.

Over the years, Mom volunteered for local organizations, including COH Guild and Seattle Milk Fund. She also was a member of "The Sewing Club," a group of women who have met monthly for 70 years. She was an active member of St. Anne's parish, including school secretary during the 1970s. After retiring from Salladay's Standard Pharmacy in 1987, she and Dad moved to Magnolia, attending Our Lady of Fatima for a number of years. In 2014 St. Anne's School awarded her with the NCEA Distinguished Graduate Award for her dedication and service to Catholic schools, the Church and her community.

In addition to her six children, she is survived by her grandchildren Brandon (Shannon), Erin (Brad), Casey, Loren (Samantha), Carrie (Tim) and Danny, by her precious great grandchildren, Harper, Jasper, Mable and Henry, and many wonderful cousins, nieces and nephews.

Imbued with a great sense of humor and a positive spirit, Mom never had a bad word for anyone. She was a second "Mom" to so many of our friends.

Now that she is in Heaven you may find her playing bingo or a slot machine, working crossword puzzles, or sitting in the warm sunshine sipping on a small, small glass of Bailey's.

In lieu of flowers, donations can be made to the Wounded Warriors project, Catholic Community Services, or the charity of your choice.
Published by The Seattle Times on Jul. 14, 2019.
To plant trees in memory, please visit the Sympathy Store.
MEMORIAL EVENTS
Jul
27
Funeral Mass
10:00a.m.
St. Anne's Church
1411-1st Ave W, WA
MAKE A DONATION
Please consider a donation as requested by the family.
MEMORIES & CONDOLENCES
Sponsored by The Family.
19 Entries
Mrs Boyle was a friend to all. I loved her laugh and the sparkle in her eyes. She treated me like a part of the family on the many occasions I hung out at the Boyle house. Monica and i worked to make her laugh on road trips to Spokane just to hear her scream with laughter .."don't make me laugh , I'll wet my pants". What a hoot! Thank you Mrs Boyle for being special and making others feel special. I know I did. My condolences to all the Boyles.
Mary Rowe
July 31, 2019
You say that Mary Anne was a second mom to your friends. I was one of them, too briefly, ages ago, when my family lived two doors north. Your house was bustling and fun and Mary Anne ran the show. I think she might even have stuffed my sister and me into that car with you all on occasion. We moved away too soon.

I'm glad to read that she lived a long, fulfilling life full of love. My condolences.

Cara Forsberg Zemanek (Badgley)
Cara Zemanek
July 27, 2019
Mrs. Boyle, you were one of the most influential persons in my young life. You taught me that it was okay for girls to play competitive sports. You taught me to respect the the rules of the game. You taught me the value of teamwork, and you taught me it was okay to make mistakes. Thanks Coach! You had a profound impact on my early life and I am grateful for the values you helped me pass on to my children.
Susie St Germain
July 24, 2019
Such a great lady. Was so glad I got to see her before she passed. Will be there to celebrate her life.
Sending love to all the Boyle's
Renee Williams
July 22, 2019
What nice messages from everyone! Thank you all so much for your kind words !
Monica Beck
July 20, 2019
Your mom was my life's role model, and probably many other people's as well! She always had a smile on her face, was always helping someone with something and as you said never had a bad word to say about anyone. And she was imbued with a tremendous wisdom. Hugs to you all. Suzanne
Suzanne Rettenmier
July 19, 2019 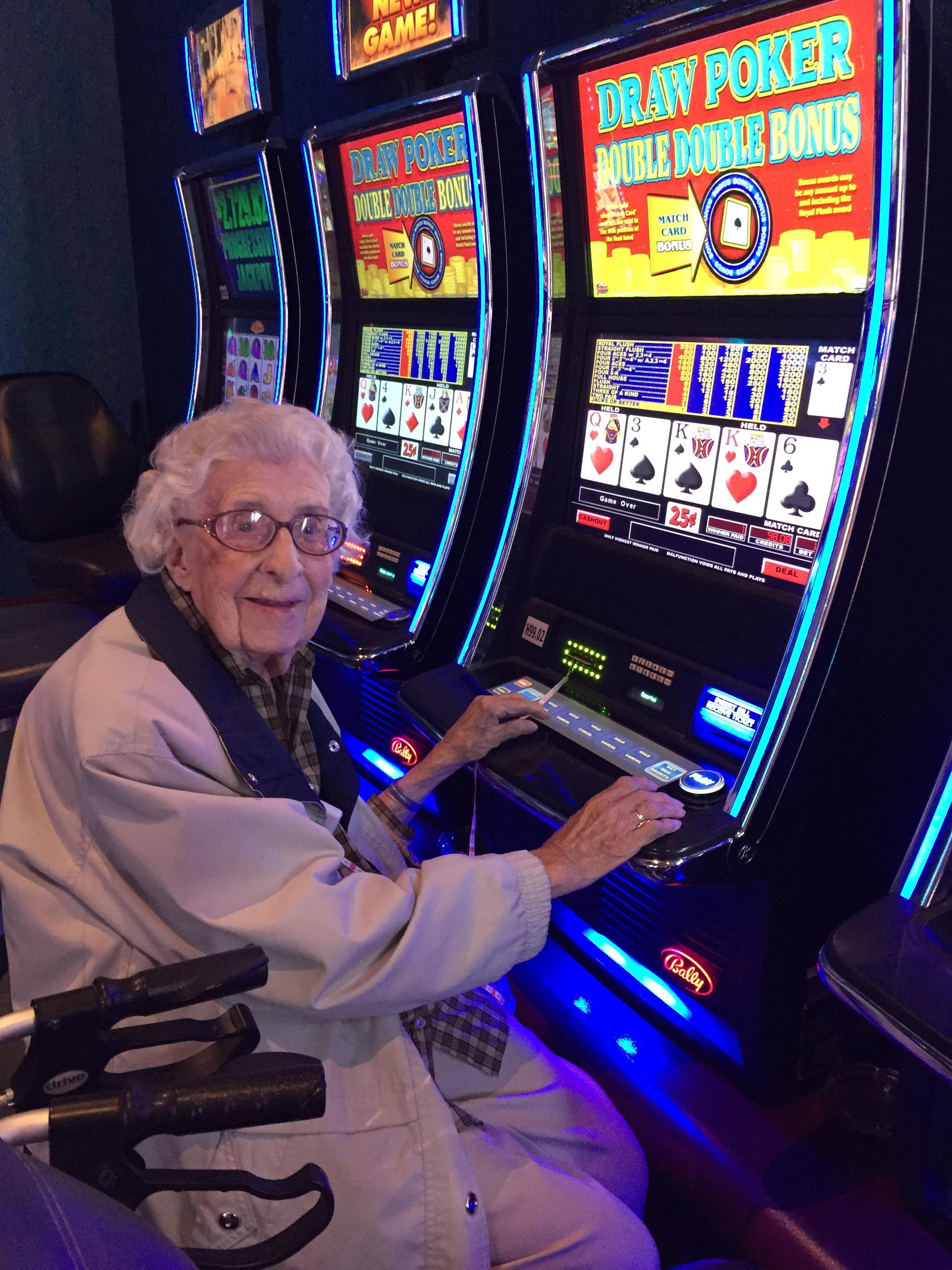 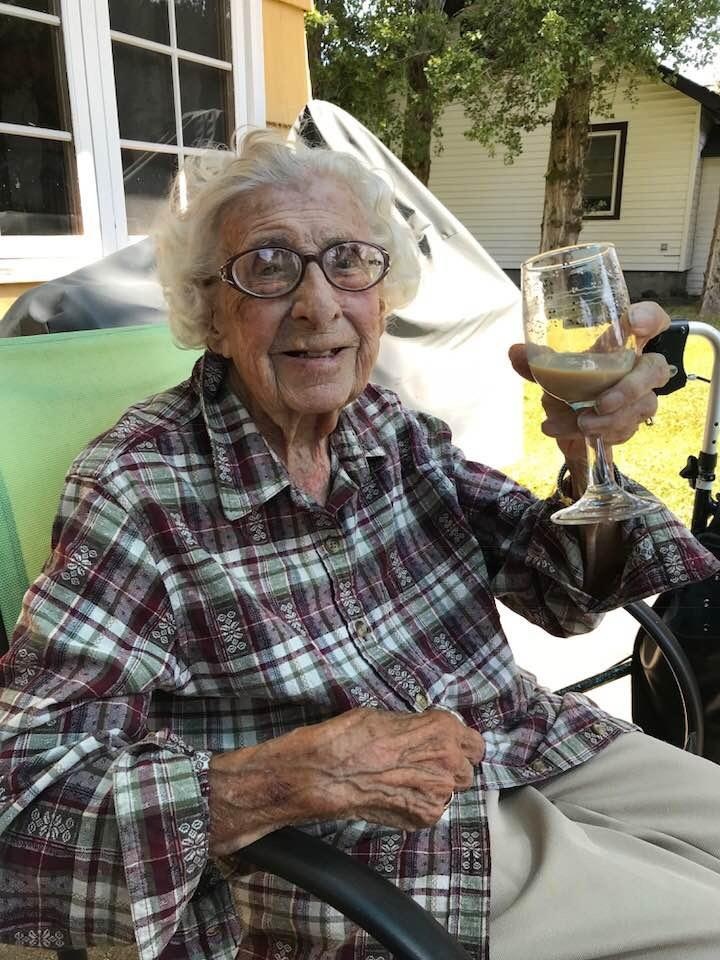 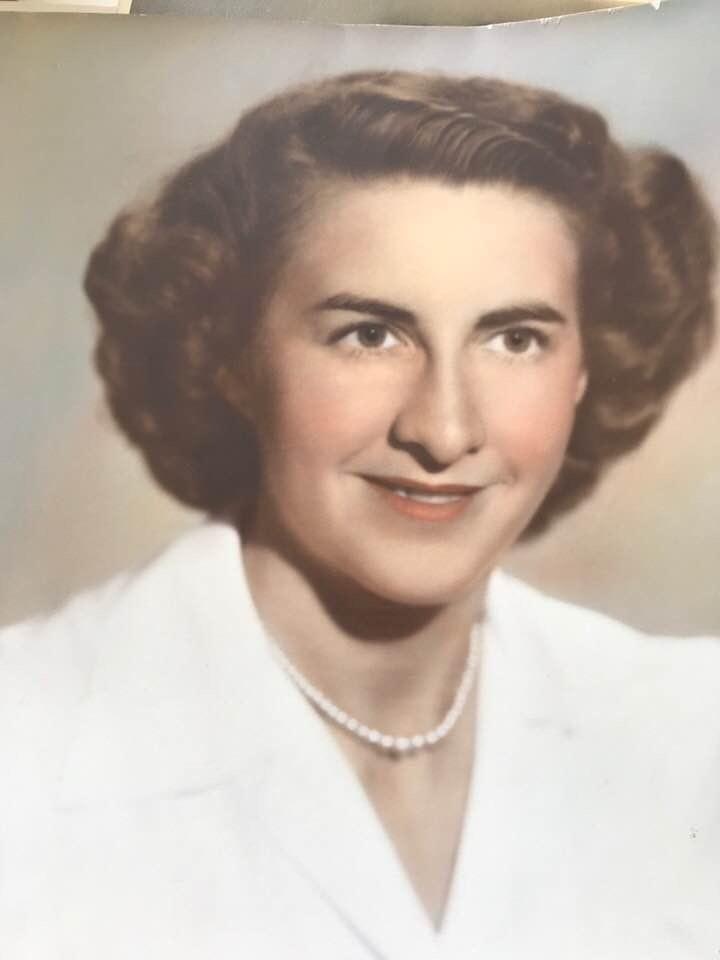 Joanne Jepson
July 19, 2019
Dear Patty, Monica, and All Members of the Boyle Family,
We Sisters of the Holy Names offer you our prayerful support as your Mother enters her eternal life. May Mary Anne share with you her deep peace and Joy, especially at those time you may be missing her laughter and humor.
Sisters of the Holy Names of Jesus and Mary
July 18, 2019
I loved Mrs Boyle,she was like a second mother to me during grade school and high school years. She was so generous with her time,never complaining about driving us here there and everywhere, always volunteering at St Anne's. I loved spending the night at the Boyle's, such wonderful memories going to the beach, camping at Alta. Mrs Boyle had such a terrific sense of humor, she truly loved her family and enjoyed life. We will miss her contagious smile and warmth. Our deepest sympathy to Patty and all the Boyle's.
Our thoughts and prayers are with you
Love
Cathy Pugel Stangland
Cathy Pugel Stangland
July 17, 2019
I have such good memories of Mrs. Boyle and all the time I spent with Monica at the Boyle house. She was always so welcoming everyone treated like family. Everyone who knew her loved her. My thoughts are with the family at this time of loss.

Anne Pugel
Anne Pugel- Moore
July 17, 2019
Mary Anne was so kind and generous! I always loved working with her at Salladay's. She had such a funny sense of humor. And she knew everyone! Enjoy endless Bingo, Mary Anne!
Vicki Gilmer
July 16, 2019
Cousin Mary Ann created wonderful memories for so many of us with her open houses during the holidays, her positive and generous spirit, and her sense of humor. Her spirit lives on in all of you- thinking of you with love! Gigi
Gigi Jurich
July 16, 2019
So sorry for your loss. I remember her at Salladays, she was always so kind and helpful when I was growing up on Queen Anne.
Manon Miglino
July 15, 2019
A great mom to many people !
Monica Beck
July 15, 2019
You were the best mom! Thank you for teaching me how to play softball and spark my interest in Baseball.
Joanne
July 14, 2019
I am so thankful to have know Mary Anne and her whole family since I was in grade school. Her generosity was endless, I took part in family dinners, late night Chinese food on Friday nights and countless overnight with my BFF Patty. I am lucky to count many of her daughters as close friends. She saw me at my best and at my worst and never judged!! So thankful I got to visit her in PA with Barb in May. She will be so missed but will live on in her large extended family Love to all the Boyles

Barb DeMuri. (She called me Berg!)
July 14, 2019
Mary Anne was a tremendous woman, a friend and inspiration on how create a life well lived. She was loved by many, and will be missed by all who knew her. Bless you Mrs. Boyle. And condolences to all of the Boyle family.
CeCe Sullivan
July 14, 2019
Showing 1 - 19 of 19 results