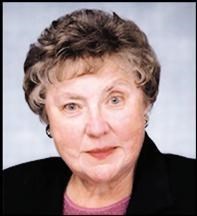 Sister Maureen Driscoll, formerly known as Sister Mary David Driscoll, died on November 16, 2015 at St. Joseph Residence in Seattle. She was 82 years of age and in the 64th year of her religious profession as a Dominican sister.

Sister Maureen was born in Port Angeles to John and Martha (Moore) Driscoll. She graduated from Holy Angels Academy in Seattle and received a Bachelor of Arts degree in Education from Seattle University, a Master of Arts degree in English from the University of Washington and a Master of Theology degree from the Franciscan School of Theology in Berkeley.

Sister spent 38 years ministering in education in Bremerton, Seattle, Hoquiam, Everett and Santa Barbara. She was principal of St. Alphonsus School in Seattle for five years. Sister was a teacher for five years at the U.W. and for 18 years at the University of California in Santa Barbara. She volunteered as a lay- counselor at the Open Door Clinic, a center for street people and students, and was a mayoral appointee to the Seattle King County Drug Commission from 1973 to 1976. During her leadership of eight years as President of the Dominican Sisters of Edmonds, she was one of three sisters who represented U.S. Dominican women at the first Dominican Family meeting in Bologna, Italy.

Sister Maureen was a teacher extraordinaire, and dedicated to the education of children and young adults. She was a lover of beauty - in nature, in art, and in poetry, and had a great appreciation of the written word.

A Vigil Service will be held on

The Funeral Liturgy will be offered Tuesday,

Burial will be in Calvary Cemetery.

Memorial gifts may be made to