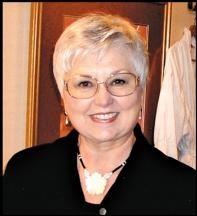 Merrilyn died of heart failure on February 10, 2020 at the age of 82 in Bellevue, Washington. She was born in Claskanie, OR to Eleanor (McConnell) Summer and Merrill Summer and raised in Jerome, ID.

Merrilyn graduated from Jerome HS in 1955, attended Southern California Bible College (now Vanguard Univ.) for one year then worked in the office of Heiss Investment Co. for two years before joining United Airlines as a stewardess. Her assignment to Seattle led to meeting Wesley Lingren at church and as she said, "the bell rang" and they were married in 1961. She was a regular attendee at Bellevue 1st Presbyterian Church at the time of her passing.

She was a "stay at home" mom until her youngest child started pre-school after which she worked as real estate agent in Bellevue for several years. In 1977 she accepted a position in the admitting office at Group Health Hospital, Redmond, WA and spent the rest of her working career there, retiring in 1999.

Merrilyn loved all animals but particularly dogs. In the course of her life she was a breeder, owner and exhibitor of champion Shetland Sheepdogs and West Highland White terriers. She was the founding president of the Puget Sound West Highland Terrier club

Merrilyn and Wes took their honeymoon in Austria and developed a life-long tradition of overseas travel, particularly Europe and the United Kingdom.

At her request, no memorial service will held.

Memorials may sent to the Lingren Endowment, Seattle Pacific University, Seattle, WA.
Published by The Seattle Times on Feb. 16, 2020.
To plant trees in memory, please visit the Sympathy Store.
MEMORIAL EVENTS
To offer your sympathy during this difficult time, you can now have memorial trees planted in a National Forest in memory of your loved one.
MAKE A DONATION
MEMORIES & CONDOLENCES
Sponsored by The Family.
0 Entries
Be the first to post a memory or condolences.