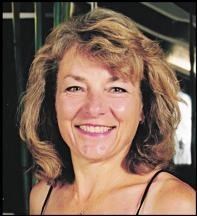 Noreen K. O'Meara, 77, passed away on June 10, 2020, after an incredibly full life. She was the oldest child of Percy (Pat) and LaVerne O'Mera, and lived briefly in Montana until the family relocated to Seattle's Rainier Valley. She graduated from Franklin High School with honors in 1960. She earned a Bachelor's in Fashion from the University of Hawaii in 1967, and later earned a Master's in Acupuncture and Oriental Medicine from Bastyr University in 2002.

Noreen was a talented artist, painter, photographer, fashion designer and quilter. She traveled the globe, and had many adventures hiking, biking, and skiing. She was an animal lover who was passionate about her horses, dogs, and cats. Noreen was an amazing woman who will be greatly missed.

In honoring her wishes, the family will be holding a celebration of life at a later date.

Friends are invited to view her full obituary and share memories on the family's guestbook at www.FLINTOFTS.com or

In lieu of flowers, donations can be made to the Fred Hutchinson Cancer Research Center or Dog Gone Seattle.
Published by The Seattle Times on Jul. 5, 2020.
To plant trees in memory, please visit the Sympathy Store.
MEMORIAL EVENTS
To offer your sympathy during this difficult time, you can now have memorial trees planted in a National Forest in memory of your loved one.
Funeral services provided by:
Flintoft's Funeral Home and Crematory
MAKE A DONATION
MEMORIES & CONDOLENCES
Sponsored by The Family.
2 Entries
I had the pleasure of working with Noreen at REI for many years. She was a remarkable leader and mentor for many people. She was smart and bold and worked to make REI a progressive organization. Noreen had a hug influence on my life and helped me develop my career and future. I considered Noreen as much more then a mentor but as a friend I admired her so much, her love of her kids, her creativity, became a pilot, her decision to go back to school and open her own practice. A special, smart and loving person. She has a special place in my heart and I will carry her with me. Janet
Janet Casal
Friend
July 28, 2020
Our hearts will hold you close forever, precious Noreen. We have such good memories of days in the mountains and cruising the waters up north. Now you will find only smooth runs in the snow and soft breezes on the seas. We'll see you on the other side, dear friend. Love forever Frank and Susan Young
Frank & Susan Young
Friend
July 9, 2020
Showing 1 - 2 of 2 results