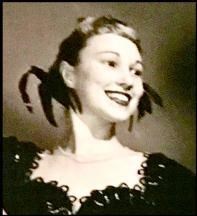 Patricia Firth Hansen of Bellevue died from natural causes at home on November 6, 2019 at the age of 83. Pat was born in Pasadena California on November 26, 1935. Her family later moved to Seattle and settled in the Green Lake neighborhood. She went to Roosevelt High School and graduated in 1953, while she was going to high school she was a competitive figure skater.

During her skating career she was two time Pacific Coast Junior champion and competed in the 1955 Worlds competition in Vienna where she placed seventh. She then went on tour performing for dignitaries such as the Queen of England. Next she turned professional and took a job as the Pro at the ice rink in Great Falls Montana. There she met John, the man that captured her heart and they married in 1957. In 1967 they moved and raised their family in Bellevue where Pat continued to teach skating, as the local Pro.

At the age of 50 Pat entered the UW and pursued her dream and degree as an RN. Pat used this degree to escort babies with medical needs from overseas being adopted by families in the US. Pat's greatest joys were her grandchildren, painting, and spending time with her husband, friends and family at their lake property In Montana.

Pat was preceded in death by her husband John, son Eric, grandson Tim (TJ), as well as her brother Don, and sister Mary. She is survived by her children, David, Paul, and Heidi, along with grandchildren Brittany, Connor, Jake, Michelle, Logan, and Jaden.

A celebration of Pat's life will be