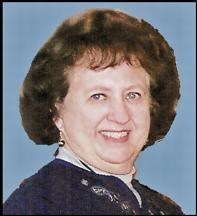 Patricia (Pat) Leaf was 83 when she went into the arms of the Lord on Saturday, December 5, 2015. She was born Patricia Joan Engel to Hazel and Fred Engel in 1932 in Denver, Colorado. In 1952 Pat married Paul Leaf in Greeley, Colorado.

She earned a BA in Education in 1954 from Colorado State Collage of Education (University Of Northern Colorado), then taught elementary and junior high school for 13 years. She moved to Seattle in 1969 with her family. Pat owned and managed retail sales stores in Seattle for many years, retiring in 2002. In 1982, Pat began hosting over 50 college students in her home from 10 different countries over 30 years. During this time, she also became active in short-term missions in the Ukraine involving children's summer camps. Returning from her first trip in 2000, Pat began sewing throughout the years to make clothes for the children. An active member of Calvin Presbyterian Church for over 30 years, she was a member of the choir, served as the church organist for three years and was a Deacon. Most recently she attended Trinity Presbyterian Church.

She is survived by her husband Paul Leaf, her daughter Christine Chesak (Harold) of Federal Way; her daughter Pamela Leaf of Lynnwood and her daughter Anita Craft (Jim) of Whidbey Island, a sister Francis Hakanson (Ronald) in Colorado and a brother Fredrick (Rosemarie) in California. Pat loved her family, playing the piano, singing in the choir, sewing, square dancing and taking trips in the motor home with Paul. Pat especially loved going to the Leavenworth area for the mountains and camping. Pat's family and friends were "blessed" by her presence and her smile.