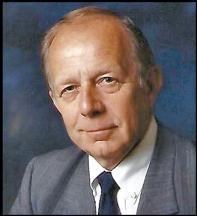 Robert received a degree in Education and taught many years in the Public Educational system. He advanced his education to include a Medical degree from the University of Washington's school of Medicine and became a License Medical Physician in Washington State. Robert continued a Family Practice residency at Doctor's Hospital while moon lighting in local emergency rooms. He worked in, organized and staffed, many Emergency rooms, over the years. He incorporated with four other Family practitioners, and provided the first 24/7, Physician coverage in the Emergency Room, at Stevens Hospital in Edmonds. Robert developed a large Family medical practice at Lake Forest Park, where he did what he loved taking care of people and their health care. He was a member of the King County Medical Society, for over 50 years. The clinic, now the University of Washington, continues to provide health care for many of his former patients. He is survived by his beloved wife, Mariellen, son Tristan, daughter Kimberlee, stepchildren, Michael,

Kelly, Kristi and her spouse Jeff, two surviving sisters, Kris and Karen, their spouses, grand, and great-grandchildren and many nieces and nephews. He is predeceased by his stepson Darrin. In lieu of flowers, donations may be made online to the VirginiaMasonFoundation.org in honor of Russell Goldberg, MD (indicate General Medicine Internist fund).

Please see www.facebook.com/RobertL.Carlson.52
To plant trees in memory, please visit our Sympathy Store.
Published by The Seattle Times on Jan. 28, 2018.
MEMORIAL EVENTS
No memorial events are currently scheduled.
To offer your sympathy during this difficult time, you can now have memorial trees planted in a National Forest in memory of your loved one.
MAKE A DONATION
MEMORIES & CONDOLENCES
Sponsored by The Family.
2 Entries
Please accept my deepest and heartfelt condolences for your loss. May the God who "binds up the brokenhearted" and "comforts all who mourn" sustain your family for many more years to come. Isaiah 61:1, 2
RK
December 30, 2018
I am so sorry to read of Dr. Carlson's passing. We lived two doors north of you growing up he was always so friendly and happy.
I miss all the Northgate neighbors and am sad our parents are leaving us.
All of his family are in my thoughts at this time.