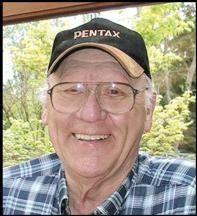 Robert Vance Helling (Bob), resident of Woodinville, WA passed away peacefully October 10, 2015 at the age of 84, after a short battle with Leukemia. He was born in Rapid City, SD on June 19, 1931 to Elvin and Vivian Helling.

Bob is survived by daughter and son Michele and Michael and their spouses Terry and Tammey; grandchildren Chris, Robert, Josh, Nick and Jessica; Sisters Georgene Lee and Betty Mainz; and his beloved chocolate lab Max. He was also very close with his nieces and nephews and always enjoyed their company. Bob is preceded in death by wife Bobbie and Brother Gordon.

Bob received his B.S. in Civil Engineering from South Dakota School of Mines and Technology. He served in the Army Corps. of Engineers, and started his engineering career with McDonald Douglas in Long Beach, CA where he met his wife Bobbie. In 1962 they moved to Bellevue, WA to take a job with The Boeing Company. Bob worked in Static and Fatigue Test and retired as Chief Engineer from Boeing June 1st, 1995 after a 33 year career.

He was a caring father and husband and was known for his great sense of humor. Adored and loved, not just by his family and friends but also by his neighbors. Bob was the consummate fix-it-guy willing to help anytime. He was an avid outdoorsman whether camping with this family, hunting and fishing with this good friend Larry, or spending time at the ocean clam digging. As a skilled woodworker who loved spending time in his shop, Bob loved solving life's small unseen problems, often doing projects for family and friends. Outside of his shop he enjoyed gardening, feeding the birds, and spending time with his grandkids.

Donations accepted on his behalf to Overlake Hospital Oncology or Woodinville Medic One.
To plant trees in memory, please visit our Sympathy Store.
Published by The Seattle Times from Oct. 13 to Oct. 16, 2015.
MEMORIAL EVENTS
Oct
18
Celebration of Life
11:00a.m.
Sunset Hills Funeral Home
1215 145th Place SE, Bellevue, WA
Oct
18
Interment
Sunset Hills Memorial Park
, WA
Funeral services provided by:
Sunset Hills Funeral Home
MAKE A DONATION
MEMORIES & CONDOLENCES
Sponsored by The Family.
1 Entry
Bob was a great guy. I worked at Boeing as a young engineer working in Instrumentation when he was chief in the Structures Lab. Bob trusted me to run a $4.5M Capital program for him, reporting directly to him. This not only was trusting, since I didn't even report to him, but provided me with skills to add to my career. I am now a Unit Chief as well and in part I owe that to Bob for believing in me. This just shows a small part of the type of person he was. He will be sorely missed.
Steve Onustack
October 15, 2015
Showing 1 - 1 of 1 results