Roland was born to John and Eleanor Lindstrom on October 26, 1929 in the family home on Beach Drive in Lake Forest Park. He attended Lake Forest Park Elementary, Roosevelt High School and Bothell High School where he graduated with the class of 1947. Growing up on the shores of Lake Washington was paradise for Roland. A child of the Great Depression, he often recalled that while money was scarce, his family and neighbors supported one another and life was good.

An NROTC scholarship made it possible for Roland to attend the University of Washington where he earned a BA in Industrial Design. He met his wife Florence in the school's design lab where they both took art classes. Following graduation Roland received a commission to the U.S. Navy and served in Japan during the Korean War. Upon discharge he spent most his career at Mutual Materials, retiring after 35 years.

Roland's great passions in life were sailing, design, travel, art, Swedish heritage and community service. He is remembered, among so many other things, for tackling big projects, skippering countless sailboat vacations and races, designing beautiful furniture, staying connected with cousins in Sweden and founding the Kenmore Art Show. He was quick to lend a hand to neighbors, friends and family alike - no doubt a quality learned from his parents during those Depression years on the lake.

There is a Swedish saying that is a fitting tribute to his strong character. "Roland är en person att hålla I handen när åskan går". (Roland is a person to hold your hand when the thunderstorm goes). He was always so ready to help and so certain of our Lord's saving grace.

A memorial service is scheduled for 2:00 pm on February 18th at Northlake Lutheran Church 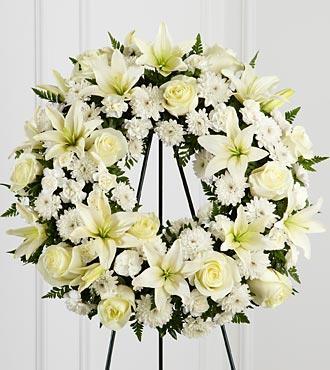 Mark Egbert
February 15, 2018
We are so deeply saddened by Uncle Roland's passing. We are comforted knowing he is reunited with Flo and all the Saints who preceded him. God Bless you all...
Mark, Lisa, Richard, and Raiden Egbert
Family
February 15, 2018
We hope that our Lord brings you and your family the much needed comfort and peace during this sad time. Our condolences to you and your family.

From: The Bothell High School Alumni Association.
BHSAA, Sunshine Committee
February 8, 2018
Vila i frid - rest in peace
Lena Wassermann
February 7, 2018
I would like to offer my sincere condolences to Roland's family, sorry for your loss. Jeremiah 29:11 assures us that God is thinking thoughts of peace towards us, to give us a future and a hope, may that bring you comfort in this time of sorrow.
February 2, 2018
Showing 1 - 5 of 5 results