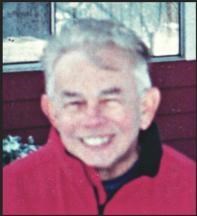 Aged: 89. Born in Manila, Ron graduated valedictorian of his high school class, earned Bachelor of Science degrees in Electrical & Mechanical Engineering, and completed Advanced ROTC. Hired by Shell Oil, he advanced from Operations Engineer to Installation Manager. In 1957 he married Gloria Quinn Rivera, a childhood friend. Came to the United States to work for the Boeing Airplane Company. In a 35-year career he worked as Lead Engineer for a team that designed, built, and wrote computer programs for instrumentation systems. He and Gloria raised a family of three sons. In retirement he and Gloria traveled across the country, to most of Canada, and to many parts of Asia and Europe.

Saint Paul Catholic Church, 10001 57th Ave. S, Seattle. Reception to follow at the parish hall.
To plant trees in memory, please visit our Sympathy Store.
Published by The Seattle Times from Sep. 22 to Sep. 26, 2017.
MEMORIAL EVENTS
No memorial events are currently scheduled.
To offer your sympathy during this difficult time, you can now have memorial trees planted in a National Forest in memory of your loved one.
MAKE A DONATION
MEMORIES & CONDOLENCES
3 Entries
My heartfelt sympathies go out to the family and friends during this difficult time. I hope that the promise in 1 Thessalonians 4:14 can bring comfort. Knowing that there's a hope for the ones we have lost in death can be so reassuring.
September 26, 2017
Ken, I was so sorry to hear of your loss. Your mother will need you more now than ever. Please let me know if there is anything I can do. Also, please know I am thinking of you and your family at this very sad time.
Carolyn Haas
September 25, 2017
Love the way Ron always wore a smile on his face and a twinkle in his eye each time we met him!!! Funny how we had a friend in common ----- a pretty nurse who was working at the Mission Hospital in Dumaguete, where I had Silliman U nursing students do clinical practice! Yet I never knew Ron till we met in Seattle!!!
Rose and Cesar DeGracia
Friend
September 24, 2017
Showing 1 - 3 of 3 results