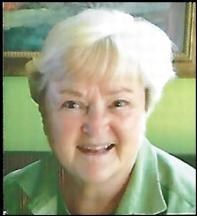 Sally passed away suddenly and peacefully on Sunday, May 6, 2018 at the age of 79. She is survived by her husband of 57 years, Ron and their two children, Wendina and Bryan in Seattle, and her sister Jean Sherwood in Spokane. After graduating from Lewis & Clark High School in Spokane, Sally attended the University of Idaho, and then came to Seattle and the University of Washington, studying Nursing and Art. In 1960 she took some out-of-town girlfriends out to see the "local color" in the University District, and there she met Ron, who was on a similar mission with an out-of-town fraternity brother. She always enjoyed telling new friends the story about how she "picked up" her future husband at the Blue Moon tavern.

After she finished at the top of a training class, Sally became one of the only two female "draftsmen" in a huge aero-space engineering group at Boeing. Then came a seventeen-year career raising two creative children and volunteering at the school, followed by seventeen years at the phone company -through Pacific Northwest Bell, U.S. West, Qwest, and Century Link - and into retirement.

Sally enjoyed traveling with Ron to Thailand, France, England and southern Spain, and cruising the Atlantic, the Caribbean and the Panama Canal. And she really loved the many family vacations on the Oregon Coast. She took advantage of Seattle's culture with seasons at Civic Light Opera, Gilbert and Sullivan, the Symphony, the Opera, Shakespeare and many Dance performances.

A future gathering with family and friends is being planned. Remembrances can be made to Channel KCTS-9. Sign Sally's on-

line Guest Book: www.Legacy.com
Published by The Seattle Times on May 13, 2018.
To plant trees in memory, please visit the Sympathy Store.
MEMORIAL EVENTS
To offer your sympathy during this difficult time, you can now have memorial trees planted in a National Forest in memory of your loved one.
MAKE A DONATION
MEMORIES & CONDOLENCES
Sponsored by The Family.
3 Entries
Sally was a very devoted and loving wife and mother. I pray that the memory of her love will bring comfort to Ron, Wendi and Bryan at this difficult time.
Ana Marshall
May 22, 2018
You are already sorely missed and will be the rest of my life. The car pool was one of the best things I was ever a part of. Dolores and I, with Ron's help, will continue but it sure won't be the same. May you rest in peace eternal and may light perpetual shine upon you and may you go from glory into glory. 'Til we meet again.
Bea Jackson
Friend
May 15, 2018
Sally was a neighbor for many years. We raised our children in the same neighborhood and shared many happy times with our two families. I loved Sallys sense of humor. She will be missed.
Connie and charley Huffine
Friend
May 14, 2018
Showing 1 - 3 of 3 results