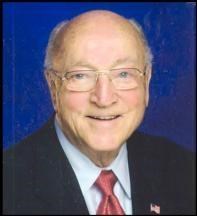 Stanley B. McDonald, long time Seattle businessman, best known as the founder of Princess Cruises, passed away peacefully at home with his wife Barbara and family by his side. He was 94 years old and had a remarkable life.

Stanley was born in Alberta, Canada on October 13, 1920 to Ethel and Elwood McDonald and he was raised in Yakima in a close-knit family of three sisters, Gloria, Lois and Janet and a brother Lamont. He eventually moved to Seattle graduating from the University of Washington and enlisted in the Navy where he was trained as a pilot. Shortly after the end of the war he founded Air Mac which went on to become a leading northwest and international distributor of material handling equipment beginning a long career as an entrepreneur, founder and investor in numerous businesses. Air Mac was eventually sold to Hertz and became the catalyst for the Hertz Rental yards we know today throughout the country.

The business that always remained closest to Stan's heart was Princess Cruises. The idea for Princess grew out of his experience finding accommodations for visitors to the Seattle World's Fair in 1962, when hotel rooms were in short supply. Stan chartered a ship and brought passengers up from San Francisco to spend a few days at the Fair before they sailed home. These short cruises were such a sensation that by 1964 Stan had founded Princess Cruises. He created a West Coast sailing route he named the Mexican Riviera, and pioneered luxury cruising to Alaska, Mexico and through the Panama Canal, destinations that remain popular today. He sold Princess to P&O Steamship Company in 1974 and the company is owned by Carnival today.

The glamorous twin ships he designed in the early 70's would go on to lasting fame as the setting for The Love Boat, the spectacularly successful TV series launched in 1977. Stan is known by many as the father of cruising and was recently honored as such at the 50th anniversary celebration of Princess Cruises.

Stan stayed on as Princess CEO until 1980. In 1983 he went on to found Sundance Cruises which eventually merged and became part of Royal Caribbean Cruise Lines.

A private family celebration of Stan's life is planned.

Donations in Stan's name may be made to the UW Foster School of Business, Box 353200, Seattle, Wa. 98195 or The Stellar Club at the Swedish Medical Center Foundation, 747 Broadway Avenue Seattle, Washington, 98122.

go to http://memorialwebsites.legacy.com/StanMcDonald/Homepage.aspx
Published by The Seattle Times from Nov. 25 to Nov. 30, 2014.
To plant trees in memory, please visit the Sympathy Store.
MEMORIAL EVENTS
To offer your sympathy during this difficult time, you can now have memorial trees planted in a National Forest in memory of your loved one.
MAKE A DONATION
MEMORIES & CONDOLENCES
Sponsored by The Family.
5 Entries
My mother and father,
Barbara and Bob Keever always thought
Stan was a fine man. I know he will be enjoying himself in Heaven, with Bob and Barbara, Lamont, and all his other friends and relatives.
My warmest thoughts to you,
Kathy Keever Fasen


Kathy Fasen
Friend
November 20, 2019
So sorry to hear about your loss. Peace and Prayers.
Jim Reid
November 20, 2015
I know my parents, Bob and Barbara Keever, are welcoming Stan to Heaven with open arms!
I have heard so many great stories from them about Stan and his family. Stan had a wonderful life.
Kathy Keever Fasen
December 1, 2014
Kirby,
Sorry about your Dad's passing. I only met your dad a few times & thought he was a great person.

Ed Mantz
December 1, 2014
Kirby, I was saddened to see your father's passing this morning. He was a very special man with accomplishments few can match. What impressed me so was the twinkle in his eye whenever we talked about his business or an investment idea. To me your family represents the epitome of what the entrepreneurial American spirit is all about. He will be sorely missed by this community.
John Snyder
November 26, 2014
Showing 1 - 5 of 5 results