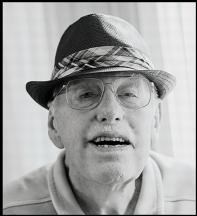 Born in Everett, Washington and raised in Seattle, the son of Kelma Shoemaker & Lloyd Amundson. Vern's grandfather & uncle were the founding fathers of Stanwood, Washington; Vern was proud of his heritage. Vern grew up in Everett and later moved to Greenwood where his mother began managing the family business, Parker's Ballroom. After graduating from Ballard High School in 1947, he attended University of Washington, earning a degree in Business Administration & Transportation. During college, Vern loved working and spending time in Sun Valley, Idaho. He served in the U.S. Air Force in Merced, CA and received an Honorable Discharge. He worked in the insurance industry in downtown San Francisco, a city he and his family cherished. With his cousin, Skip Horn, he was blessed to co-manage Parker's Ballroom from 1960-1995 with a hiatus working for the Norway Center in Seattle, enjoying affiliations with the Sons of Norway and the Norwegian Commercial Club. He was active in Shoreline Rotary, receiving "Shoreliner of The Year" and was honored to throw out the first pitch at a Mariner's Game. Vern held season tickets to the Seattle Sonics, Seattle Seahawks and spring training Seattle Mariners teams.

He met the love of his life, Patricia, in 1961, dancing at the Fiesta Tavern. They were married in Las Vegas, NV on January 25, 1965. They celebrated 50 years of marriage, again in a casino, with family in January 2015. They enjoyed becoming snowbirds in Scottsdale, Arizona in 1995 and had an incredible circle of friends that enjoyed many celebrations. Vern enjoyed traveling, making trips around the US on Amtrak in 1994, and touring Europe in 1995. Lake Tahoe, Laguna Beach, Lake Chelan, and Palm Springs were also favorite destinations. Many of these travels revolved around his passion, horse racing, a sport he continued to participate in until his passing.

In his last years, his caregivers Helena, Marleen, and dear friend Larry, were the light of his days and brought such relief to the family. Papa worked to ensure a great future for his only grandchild, Jack, including college, lasting friendships, basketball, travel...a good life.

Vern's wishes were to have his ashes spread at Mutiny Bay on Whidbey Island where his best friend Richard Miller lies, and in Scottsdale, Arizona, and Del Mar Horseracing Track, the two places he adored with his wife.

A memorial service will be held in Summer 2016, in Seattle, Washington.

Remembrances can be made to the Shoreline Historical Society and The Muscular Dystrophy Association. Communications can be sent to [email protected]

"My father didn't tell me

how to live; he lived, and

let me watch him do it."
To plant trees in memory, please visit our Sympathy Store.
Published by The Seattle Times on Dec. 6, 2015.
MEMORIAL EVENTS
No memorial events are currently scheduled.
To offer your sympathy during this difficult time, you can now have memorial trees planted in a National Forest in memory of your loved one.
MAKE A DONATION
Please consider a donation as requested by the family.
MEMORIES & CONDOLENCES
Sponsored by The Family.
3 Entries
May God bless you and your family in this time of sorrow.
J
December 2, 2016
in ways big and small your husband touched the heart of many including mine,words can only try to express how I feel hearing about this and I know he left this world to a much better place.Heart felt condolences to you....will always remember the time we shared together forever even thou it was for a short period of time. Helena(caregiver)
Helena Appiah
December 9, 2015
I will more than miss you, big Vern. You and Pat have been wonderful partners in our shared ownership of the Whidbey Island property, and I will always treasure our friendship and past travels. I was blessed to have you there for support when Richard passed. There is comfort in knowing that you and your good buddy are together once more. I know you will be watching over your beautiful wife, Pat, and your family. You will be missed by all who knew you.
With love and prayers,
Marlayne
Marlayne Miller
December 7, 2015
Showing 1 - 3 of 3 results