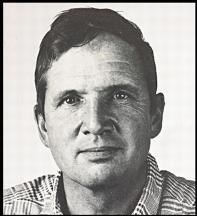 Bill lived life to the fullest and he made it fun for those of us who were lucky enough to share parts of his journey. From the beginning, Bill was an outdoor enthusiast with a marvelous sense of adventure and innate integrity.

Born to Leo Black and Dorothy McEwan Black, Bill spent his childhood based in Seattle and on Bainbridge Island. He graduated from Yale University after serving as captain of a minesweeper in Japan during WWII. In 1948, Bill married Mary Fite who was his loving companion on his many adventures. Bill's mantra was "Lets go!" They built a cabin on Whidbey, sailed, camped, climbed mountains, fished and skied with their four children and friends. They were inseparable.

In his middle years, Bill was president of Seattle Cedar Lumber Company in Ballard. He helped start the Crystal Mountain Ski resort and served as its first president. He also served on the board of Ballard Hospital and was a strong supporter of environmental causes. After racing sailboats to Hawaii three times, Bill proposed trying something more ambitious. Mary said "Why not?" and so they sailed around the world on their forty foot sloop Foreign Affair from 1975 to 1981 -- the defining adventure of a lifetime. Then, from 1990 to 1992, they circumnavigated the North Pacific.

Bill eventually succumbed to his cancer but remained engaged and active right up to the end. He was still hiking on the beach and watching the PBS News Hour just days before his death. Bill died comfortably at his beloved Whidbey cabin at the age of 93. He is survived by his wife, Mary, their four children: Ann Lyle (Greg), Lydia Cooper (Craig), Hunter Black (Audie), and Will Black (Shelley), eleven grandchildren and nine great-grandchildren.

A memorial for family and close friends will be held on February 26 at 2:00 pm at the Seattle Tennis Club.
Published by The Seattle Times from Feb. 8 to Feb. 9, 2017.
To plant trees in memory, please visit the Sympathy Store.
MEMORIAL EVENTS
Feb
26
Memorial Gathering
2:00p.m.
Seattle Tennis Club
WA
MAKE A DONATION
MEMORIES & CONDOLENCES
Sponsored by The Family.
4 Entries
My condolences to the family.May the God of comfort give you the strength you need at this difficult time.He promises to comfort those who mourn Isaiah 61:1,2
Louise
January 26, 2018
Our condolnces from the Dick and Phoebe Gilbert family. It was always a pleasure meeting, talking or sailing with or against you. Bill was a true sportsman and gentleman, we will miss him
Scott Gilbert
February 24, 2017
To the Black McEwan Family: The McCrory family of Kirkland send our deepest condolences to you all for the loss of one of the most spirited, compassionate and adventuresome men our family, especially our deceased and dearly loved father, John Armstrong McCrory III, had the privilege to know. May Bill rest in peace, knowing that each and every one of you - his family, along with friends, associates and vast network of admirers hold a part of his loving, caring and wonderful spirit and fond memories in you hearts and our hearts forever. On behalf of the McCrory family,Patricia Ann McCrory
Patricia McCrory
February 11, 2017
My condolences to the family. May you find comfort in knowing Mr. William was especially strong according to Psalm 90:10.
February 10, 2017
Showing 1 - 4 of 4 results