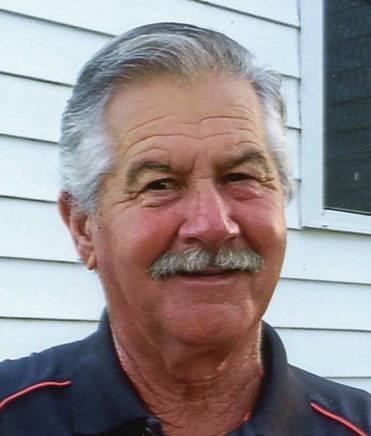 In 1961 in Sedalia, he was united in marriage to Emily Brown and they had two children, Carrie Rozier and her husband Randy of Sedalia and James Braden of Blue Springs, MO. In March of 1967 in Miami, OK he was united in marriage to Anna Chism, who preceded him in death, they had two sons, Charlie M. Griggs and his spouse Vic Zimmerschied of Sedalia and Michael Griggs and his spouse Christi Brown of Sedalia.

Charles worked as a car salesman. He was an avid golfer, enjoyed mowing grass, and caring for his farm. He served his country honorably in the United States Army during the Vietnam War in the 101st Airborne, where he received the Purple Heart Medal. He was past commander of Sedalia VFW Post #2591.

He is also survived by his long time companion, Sue Privitt of the home and their dog Socks; a sister, Judy Bell and her husband Raymond of Sedalia; 10 grandchildren, Halli, Kady, Chelsea, Paige, Cody, Jace, Austin, Madysen, Hailey, and Kyziah; a great grandson, Braxton Lee, to be born on July 5th, 2017; a special aunt, Nadine Klein of Sedalia; and a host of other family.

A Celebration of Life service will be held at 7:00 p.m. Friday, June 30, 2017 at the First United Methodist Church Celebration Center with Rev. Stanley Jobe officiating and Rev. Corbet Martin assisting.

Family visitation will be from 5:00 p.m. until service time at the church.

A private burial will be at a later date in Crown Hill Cemetery.

Memorial contributions are suggested to the St. Luke's Mid American Heart Institute or to the Sedalia Animal Shelter in care of Rea Funeral Chapel, Sedalia.