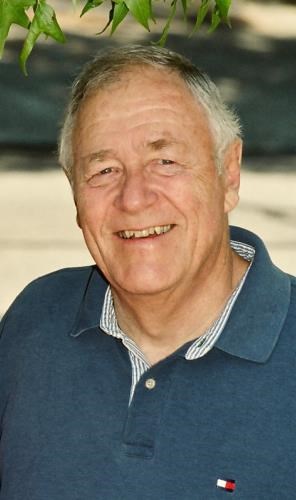 BORN
1939
DIED
2021
FUNERAL HOME
Monte's Chapel Of The Hills
330 Red Hill Ave
San Anselmo, CA
Alan Joseph Pabst
July 8, 1939 - July 8, 2021
Alan J. Pabst passed away at home in San Rafael, CA on July 8, 2021, his 82nd birthday. His 26-year battle against cancer was fought with courage and grace. The son of Emil and Muriel Pabst, Alan was born in Irvington, NJ. He graduated from Livingston High School and attended Lehigh University. Following college graduation, Alan enrolled in the graduate program in Economics at Brown University where he met his future wife, Virginia Fairchild. The war in Vietnam interrupted his studies. Alan left for Vietnam soon after graduating from the US Naval Officer Candidate School in 1963. Alan and Ginny's first child, Alan jr., was born while his dad was deployed. Upon Alan's return, the family settled in Bernardsville, NJ. Their daughter, Rebecca, was born a year later. Alan earned his MBA in Economics at New York University in 1973. After graduating, he and his family moved to San Rafael, CA. where he worked for Crown Zellerbach. In 1980 Alan joined Wells Fargo as Senior Vice President and Treasurer. Following retirement, he and Ginny traveled extensively.
Driven by a life-long interest in the natural world, Alan became a docent at the California Academy of Sciences where he volunteered for 20 years. He was an avid scuba diver and loved to scuba dive with his children. He also enjoyed skiing, camping, and hiking. Alan served on the Board of Directors of Audubon Canyon Ranch for ten years and was an Elder at the First Presbyterian Church of San Rafael. He belonged to several reading and discussion groups and was a perpetual student at the Osher Lifelong Learning Institute program at Dominican University.
The great sadness in Alan's life was the passing of his daughter, Rebecca, at the age of 26.
A loving father and husband, Alan is survived by his wife of 58 years, Ginny Pabst; son Alan Pabst Jr, his wife Eileen Carey and four grandchildren whom he loved dearly; Miranda Pabst, Anna Pabst, Cara Pabst, and James King. He is also survived by his sister, Bonnie Ann Zierold, her husband, Fred Zierold, their children Fred Jr., Kristina, and Matthew, and their three children.
A memorial service will be held on Saturday, August 14, 2021, at 1:00 pm at the First Presbyterian Church of San Rafael. The service will be also livestreamed on YouTube. See the church website for more information: www.fpcsr.org.
Memorial gifts may be sent to the California Academy of Sciences, 55 Music Concourse Drive, San Francisco, CA 94118; Marin Community Clinics, PO Box 5008, Novato, CA 94948, and First Presbyterian Church of San Rafael, 1510 Fifth Avenue, San Rafael, CA 94901.
Assisted by Monte's
Chapel of the Hills,
San Anselmo, CA.

Published by San Francisco Chronicle from Jul. 30 to Aug. 1, 2021.
To plant trees in memory, please visit the Sympathy Store.
MEMORIAL EVENTS
Aug
14
Memorial service
1:00p.m.
First Presbyterian Church of San Rafael
1510 Fifth Avenue, San Rafael, CA
Funeral services provided by:
Monte's Chapel Of The Hills
MAKE A DONATION
MEMORIES & CONDOLENCES
Sponsored by Monte's Chapel Of The Hills.
2 Entries
I send my heartfelt sympathies to Ginny and her family. I know this is a great loss. May all the memories you have shared over time bring you comfort and peace.
Carol Shellenberger
August 7, 2021
Ginny and Family, I send my condolences and deep sympathy as you honor Alan's legacy. May you be comforted by heartwarming memories.
Alan K. Choy
Other
August 3, 2021
Showing 1 - 2 of 2 results