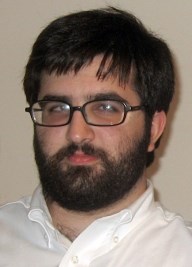 Alexander Botero-Lowry
1986-2012
Alexander Botero-Lowry was born June 2, 1986 in Austin, Texas. He passed away August 24, 2012 in San Francisco, California. Alex grew up in Gainesville, Florida. After graduating with a B.A. from Reed College in Portland, Oregon in 2009, he worked as a software engineer for MetaWeb Technologies and then for Google. He loved fine food and dining as much as computers. Alex is survived by his parents, Cecilia Botero of Gainesville, Florida, Paul Ward Lowry of New York City, his sister, Vanesa Botero-Lowry of Austin, Texas and his grandparents Jaime and Gina Botero of Waco, Texas. He will be missed by his family, friends and co-workers.
The family requests that memorial gifts be made to the Electronic Frontier Foundation, 454 Shotwell St., San Francisco, CA 94110 using the online form at https://supporters.eff.org/donate/alex and The Alex Botero-Lowry Fund for Cardiology, UCSF Foundation, Box 45339, San Francisco, CA 94145-0339

To plant trees in memory, please visit our Sympathy Store.
Published by San Francisco Chronicle from Sep. 9 to Sep. 10, 2012.
MEMORIAL EVENTS
No memorial events are currently scheduled.
To offer your sympathy during this difficult time, you can now have memorial trees planted in a National Forest in memory of your loved one.
MEMORIES & CONDOLENCES
11 Entries
Thinking of Alex and all the family and friends gathered in Gainesville today. With great sympathy.
Martha Hruska
September 29, 2012
Our memories of Alex are of the little boy all dressed up in his tux for Jeff and Monica's wedding. We caught a glimpse of him admiring his handsome self in the mirror. And he loved cooking at an early age. When visiting us he whipped up some delicious Rice Krispie cookies. We know how much he will be missed by all you knew him.
Kathy and Johnny Smith
Johnny & Kathy Smith
September 26, 2012
Alex, you were an amazing human in all the right sense of that word. I remember the day we hung out in NYC so fondly. I have always remembered the times I was lucky to spend time with you and your dad. You are greatly missed.
Cindy pedersen
September 22, 2012
I will miss you so much, Alex. Thank you for everything you taught me.
C L
September 13, 2012
Alex, I will always miss you.
Tara
September 11, 2012 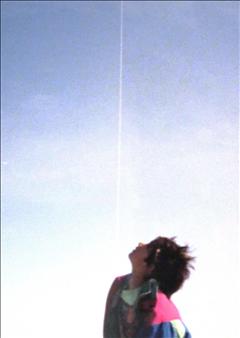 I am devastated on your behalf. I remember how sweet, funny and smart Alex was. Good times at your home with you all. Those times with you were the happiest of my times in Gainesville. I remember times on the beach, in the park, at your home with the dogs and the birds. I remember a birthday party for Alex where the dog licked all the icing off the cake while it sat in the kitchen. Ay, Dios. There are no words. Lo siento tanto. Love,
Carol Hixson
September 11, 2012
Alex, I will miss your personality and intelligence, you have been making life more worthwhile for many people.
Michael
September 11, 2012
Alex, I remember your generosity and decadence, not to mention your engineering prowess; a new-model San Franciscan par excellence. You already achieved an enviable success and still had only just begun to make a dent in the world. Our city and our era is measurably poorer without you. I'm glad I had the good fortune to once collaborate with you, and to count you as a friend; I'll miss you man.
Danny Toman
September 11, 2012
La vida es un viaje, a veces breve, otras muy largo. Dejar huellas, trascender es valioso pero por sobretodo ser amado le da sentido a todo. Tu fuiste muy amado ... no te olvidaremos. Jovita
September 10, 2012
Siempre les recuerdo con cariño, estamos lejos pero unidos en nuestros pensamientos
miriam kaba
miriam kaba
September 10, 2012
Queridos Paul y Cecilia,
Lo siento muchísimo.
Elsa
ELsa del Valle-Gaster
September 10, 2012
Showing 1 - 11 of 11 results