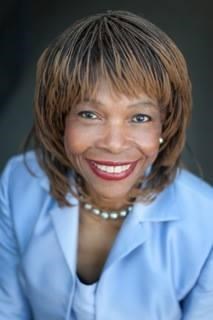 Amanda Metcalf (née Grogan) died on August 21 at her home in Marin County at the age of 71, after a courageous battle with cancer.
Amanda had been a highly skilled and respected lawyer and legal writer. At various times, she was an assistant U.S. Attorney, a California deputy attorney general, a lawyer in private practice with Pillsbury, Madison and Sutro, and---in her own firm as an education law specialist and the "go to" lawyer for many African-American professionals in the sports and entertainment industries.
What was truly impressive about Amanda was her iron determination to leave the small segregated town of Cairo, Illinois (her birthplace) to seek a better education. At the age of 12, she was placed on a San Francisco-bound Greyhound bus by her forward-thinking mother to live with a sister. Her mother had heard that San Francisco had the kind of public college-preparatory high school that would allow Amanda to shine. She did. In Lowell High School, she won a national oratory competition and was appointed by Governor Brown to serve on a state government committee. She was also co-creator and on-air participant of a weekly program on KQED. She breezed through college at Cal Berkeley (in the process, becoming one of the first black members of a national panhellenic sorority), and went on to earn her law degree at Berkeley's highly competitive Boalt Law School.
Amanda firmly believed in "giving back" to her community. Professionally, she served as a neutral court mediator, a pro tempore judge of the Marin County Superior Court and as a member of what was then called the Policy Commission of the California State Bar. She valued her long-term service as a Trustee of Dominican University, was a board member of "Bread and Roses," an advisory committee member for "As you Sow" as well as an enthusiastic mentor for young girls in the Big Sisters program. A highlight in 2008, was getting to know Barack and Michelle Obama at the Democratic National Convention.
Amanda is survived by her proudest achievement, her beloved son Matthew Metcalf-Welch of San Rafael, who also graduated from Cal and earned an MBA from Dominican University; her brother Julius Grogan (Linda) of Vallejo; brother Bill Grogan of Sacramento; niece Laurie Simpson of Daly City; also her former husband, Vincent Welch and his family. She was predeceased by her sisters Joyce and Frances.
A memorial service/celebration of life in Amanda's honor will be held at 1p.m. on Sunday September 8, 2019, at the Creekside Room at Caleruega Hall of Dominican University, 100 Magnolia Ave., in San Rafael. In lieu of flowers, contributions may be made in Amanda's name to the Lowell High School Alumni Scholarship program, 1101 Eucalyptus Ave., San Francisco CA 94132 or the Dominican University "Close the Gap" scholarships, 50 Acacia Ave., San Rafael CA 94901.
Amanda was articulate, gracious, and witty, which made her very good company for her friends and family. She will be missed.
Published by San Francisco Chronicle from Aug. 30 to Sep. 1, 2019.
To plant trees in memory, please visit the Sympathy Store.
MEMORIAL EVENTS
Sep
8
Service
1:00p.m.
Creekside Room at Caleruega Hall of Dominican University
100 Magnolia Ave, San Rafael, CA
MAKE A DONATION
MEMORIES & CONDOLENCES
6 Entries
I love you, Amanda.
Helen Thomas
Friend
September 24, 2020
May God bless you and your family in this time of sorrow. She was great person.
Helen Thomas
Friend
April 27, 2020
I remember her from high school; she always had a smile. What a life she lived...what differences she made. Condolences to her family.
Carolyn Longshore-Duncan
January 16, 2020
I really loved her.
Mikayla Grogan
September 9, 2019
Amanda Metcalf was a leader in the fight for justice and equality. In the 1970s she took on the powers that be in San Francisco to make sure that the Voting Rights Act was implemented fairly and effectively. Through her courageous efforts, she made possible the empowerment of the Chinese American and Latino communities of our city and inspired countless people throughout her too short lifetime. Although her advocacy was a model I followed for decades, it was not until today that I knew she was a fellow Lowell alum! Our condolences go to her family and all whose lives she touched and improved.

John Trasvina
President
Lowell Alumni Association
John Trasvina
September 1, 2019
Condolences to all the family and friends Amanda leaves behind. And thanks for her thoughtfulness in supporting college scholarships for her fellow Lowell alumni. Rest in peace.