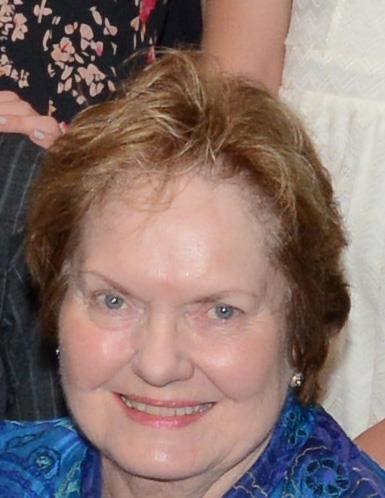 Anita JB Davis, 82, died at home October 16, 2021. She had been the center of a loving family and had been married for 57 years to Richard L. Davis. She had been a Hillsborough resident for 39 years and was a 41year active member of the Unitarian-Universalists of San Mateo. In her active years she had been a docent and supporter at Filoli, leading a group of women arranging flowers for sale in the Garden Shop. She had also been active in the Doctor's Wives group at UCSF. While living in San Marino, she had been a docent at the Huntington Gardens. She loved flowers and was an expert at floral arrangements.

While serving in the WAC at Walter Reed Army Medical Center in Washington, DC, she met her future husband at "Happy Hour". She had attended Gettysburg College (Pennsylvania) and George Washington University (Washington, DC) where she earned a BA and MS.

Anita was a magician when arranging flowers; this was probably best exemplified at "Flower Communion" at UUSM; at this service parishioners brought in flowers from their gardens which Anita arranged "on the go" into a beautiful display. She also often made a special dish, mushroom pie, that was valued at potluck meals. She got great pleasure seeing her grandchildren enjoying a good dinner; especially at BeniHana. She was a warm person, was direct, and had a great sense of humor, and a generous appreciation of good art. She was loyal and devoted to her good friends.

Anita was a devotee of ballet and was a regular attendee at performances of the San Francisco Ballet and of the Smuin Company. She and her husband were also devoted playgoers at the Berkeley Repertory Theater, Theaterworks, and the Oregon Shakespeare Festival.

In their retirement she and her husband continued traveling; they visited 27 countries, all 5 continents, sailed all the oceans, and had been north of the Arctic Circle and South of the Antarctic Circle. She loved Antarctica and whales.

A memorial service will be held December 4, 2021, at 11:00 AM, at the Congregational Church of San Mateo, 225 Tilton Avenue, San Mateo, CA 94401. In lieu of flowers, please make donations to the San Francisco Ballet, the Smuin Ballet, or the charity of choice.