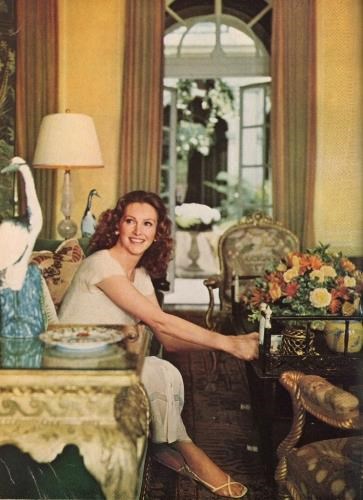 Born March 11, 1941 in Gustine, CA (Merced County), Ann Gilbert Getty was later raised on a peach-and-walnut farm built by her European immigrant parents in Wheatland, CA. Growing up alongside her brothers, Ann nimbly drove a tractor and worked the fields during harvest. Her love of the land fueled her dreams of becoming a scientist or explorer and inspired her studies at U.C. Berkeley in the fields of anthropology and biology.

That knowledge later served Ann well as she participated in archeological digs with the Leakey Foundation or UC Berkeley anthropologist Tim White, digging in the dirt of Ethiopia's Great Rift Valley on the hunt for million-year-old fossils.

During college Ann worked a part-time job at the cosmetics counter of Joseph Magnin, a hip-yet-elegant Union Square emporium in San Francisco. There she met Donna Long, who invited Ann to meet her brother and his friends at La Rocca's Corner, a classic North Beach bar, where Ann was introduced to her future husband: composer-philanthropist Gordon Getty, a son of industrialist J. Paul Getty and scion to the Getty Oil fortune.

In 1964 the couple eloped to Las Vegas and married on Christmas Day. In December, the Getty's would have celebrated their 56th wedding anniversary.

Still she was lauded for the exquisite, impeccable dinner parties she hosted for members of the international cultural demimonde, including tenor Luciano Pavarotti, fashion designer Carolina Herrera, Irish author Edna O'Brien or former Paris Mayor Bertrand Delanoë. But Ann's philanthropic passion was devoted to the sciences, health care and the arts.

Ann was also widely admired for her superlative design style and, for years, worked informally with friends. But in 1995 she established Ann Getty & Associates. In 2003, she launched the Ann Getty House Collection featuring her hand-crafted "faux-gerys" of pieces from her personal collection.

She adroitly assembled a remarkable museum-quality collection of treasures she personally chose. The depth and breadth of her English and European furniture, paintings and porcelain collections reflect Ann's wit, connoisseurship and accomplished taste.

Yet it was Ann's inquisitive, brilliant mind which informed her self-taught knowledge of numerous design styles. The exceptional provenance of her rare masterpieces are of historical and academic importance — and all her guests delighted in experiencing, first-hand, these objets d'art.

The Getty's traveled the world aboard their private plane, dubbed "The Jetty," attending numerous music and arts festivals. But Ann was a stalwart San Franciscan who treasured time with her extended family. She was equally at ease, dressed-down in jeans, hosting decades-long friends in the family's Oracle Park Box 35 to cheer on their beloved SF Giants.

"Paul and I are heartbroken to learn of the passing of our dear friend, Ann Getty. Ann loved San Francisco and dedicated her extraordinary life to strengthening and enriching the cultural heritage of our community, building a brighter future for all who call our city home. For this, she was well known," said Rep. Nancy Pelosi, in a statement. "But Ann took special pride in being a wonderful mother and grandmother. All who were blessed to know Ann, knew her as a woman of exceptional generosity and spirit."

"Thanks to my mom's deep love of nature and outdoor adventures, she organized amazing family trips: whitewater rafting in Nepal, mountaintop hikes to see meteor showers or explorations to the Galapagos Islands," shared Peter. "Even when she wanted me to do something that may've scared me, I did it because it was her asking. She encouraged me by holding my hand, stroking my hair or singing a song. She was the sanest, kindest, most loving person I've ever known. I will miss her every day."

Shortly before Ann death, she gifted her youngest son, William (Billy) Getty, with an astrophotography telescope.
"Whether it was anthropology, geology or astronomy, my mom developed an immersive appreciation for great scientific pioneers and would throw all her resources into learning more about a subject," wrote Billy, via email. "My mom nurtured in me a relentless curiosity by providing us with so many priceless experiences. I was fortunate to experience the December 2019 solar eclipse with her in Argentina. On the night she left us, I used her telescope to seek out a quiet place in the universe. Mom was always amazed by the fact that we're all made from the dust of dead stars."
Ivy Getty, the eldest Getty grandchild, who fondly calls her grandmother, "Monga," sparked Ann's interest in early childhood development and inspired her to establish Playgroup, an accredited private school housed in the Getty home.
"I was blessed when Monga became my second mother. Having always wanted a daughter, she took me under her wing and protected me at all costs," said Ivy, with deep affection. "There was nothing she wouldn't do for me. And there was nothing I wouldn't do for her."
Ann Getty was predeceased by her son, Andrew Getty; and brothers, William and Jack Gilbert. She is survived by her husband; their sons, Peter Getty, his spouse, Shannon, and their children Ava and Dexter Getty; John Getty and his daughter, Ivy Getty; Billy Getty, his spouse, Vanessa and their children, Nicholas, Alexander and Veronica Getty; dear friend, Jo Schuman Silver; sister-in-law Nancy Gilbert; devoted nieces, Denise Gelis and Beth Townsend and her daughters, Nicole, Emily and Allison.

Donations in memory of Ann may be made to the MAVEN Project (mavenproject.org), a nonprofit founded by Dr. Laurie Green, that supports frontline providers caring for uninsured, and underinsured, patients across the country.

Due to COVID-19 health restrictions, the family will hold a small, private memorial. A celebration of Ann Getty's life is planned for spring 2021.

Published by San Francisco Chronicle from Sep. 19 to Sep. 20, 2020.
To plant trees in memory, please visit the Sympathy Store.
MEMORIAL EVENTS
To offer your sympathy during this difficult time, you can now have memorial trees planted in a National Forest in memory of your loved one.
MAKE A DONATION
MEMORIES & CONDOLENCES
10 Entries 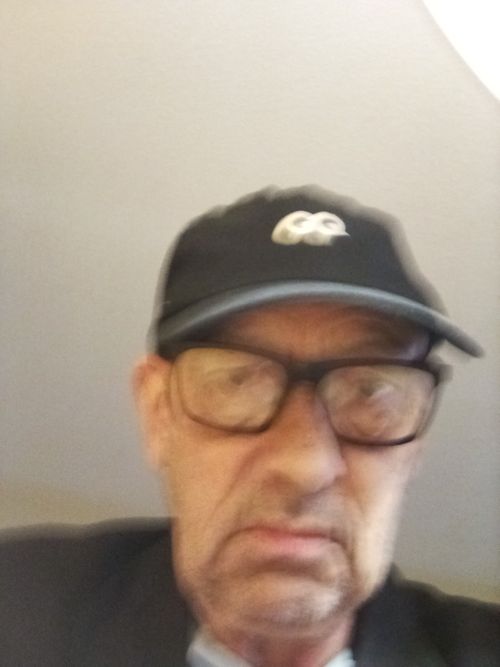