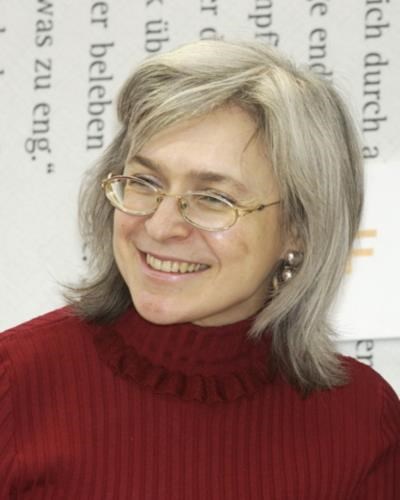 Anna PolitkovskayaBorn August 30, 1958, she exposed Russian government corruption and atrocities committed during the Second Chechen War. Despite intimidation and violence, Politkovskaya documented torture, kidnapping and killings by the pro-Russian regime and was an outspoken critic of Vladimir Putin, writing in 2004 that "We are hurtling back into a Soviet abyss, into an information vacuum that spells death from our own ignorance." In October 2006 she was murdered in the lift of her apartment block in Moscow, shot four times at point-blank range.
To honor Politkovskaya and truth-tellers everywhere: Be brave. Stay strong. Live your values.
Published by San Francisco Chronicle from Aug. 25 to Aug. 27, 2017.
To plant trees in memory, please visit the Sympathy Store.
MEMORIAL EVENTS
To offer your sympathy during this difficult time, you can now have memorial trees planted in a National Forest in memory of your loved one.
MAKE A DONATION
MEMORIES & CONDOLENCES
0 Entries
Be the first to post a memory or condolences.