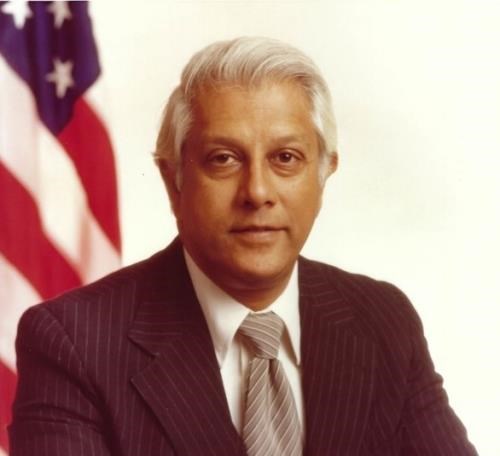 Anthony G. "Tony" Sousa
8/8/1927-6/2/2021
Passed away in San Francisco, at the age of 93. He was the last of six brothers born and educated in Hong Kong. He graduated from St. Louis Gonzaga in Hong Kong and was always grateful for his education by the Irish Jesuits. One of his first jobs was to check copy for the South China Morning Post, and throughout his career he was able to find unnoticed typos in his staff's work. Although he became deputy to the head of the HK Chamber of Commerce, he knew he had no future in British HK and emigrated with his wife and 3 children to San Francisco in 1958. He was employed at Thomas J. Lipton, U.S. Steel and the CA Public Utilities Commission. While working full-time, he obtained a law degree, passed the CA Bar, and ultimately received an LLM from U.C. Berkeley's Boalt Hall law school. At the PUC he was a Senior Counsel, Assistant to the Chair and then an Administrative Law Judge. He then joined Hawaiian Telephone as a VP, General Counsel and always had fond memories of Hawaii and its people. In 1981, he accepted a Presidential appointment as a Commissioner to the Federal Energy Regulatory Commission in Washington DC. At his US Senate confirmation hearing, he noted that he was especially honored as an immigrant and naturalized citizen to serve the United States as a Presidential appointee. He believed that the achievement of a Presidential appointment demonstrated America's opportunity, and validated his decision to become an American. After FERC, he accepted another Presidential appointment as the inaugural Chief US Trustee for the Bankruptcy Courts for Northern CA and Nevada. As a life-long gourmand, he was happy to return to SF. One of his proudest days as a lawyer was the indictment of a Bay Area trustee in the largest fraud case in the history of the US Bankruptcy Courts that had been uncovered by his office. Upon retirement, he served as an Arbitrator at FINRA, often chairing its panels. Tony was known for his intellect, integrity, charm, mischievous sense of humor, and his ability to make and maintain a wide circle of friends that has sadly diminished over the years. He was predeceased by his beloved son, Tony Jr., and wife, Elvira, and his five brothers, Joseph, Julian, Nelson, Alvaro and Alfred. He is survived by his daughters, Maria and Angela, and numerous nephews and nieces in San Francisco, Canada, and Hong Kong. He asked that no memorial service be held. If you would like to share a memory of Tony, please email: [email protected] Please make a donation in his honor to the St. Anthony Foundation, 150 Golden Gate Ave., SF, CA 94102.
Published by San Francisco Chronicle from Jun. 4 to Jun. 6, 2021.
To plant trees in memory, please visit the Sympathy Store.
MEMORIAL EVENTS
To offer your sympathy during this difficult time, you can now have memorial trees planted in a National Forest in memory of your loved one.
MAKE A DONATION
MEMORIES & CONDOLENCES
2 Entries
RIP, you raised a great son that you had every right to be proud of.
Judith Garvey
June 10, 2021
Always warm, excellent tea, with just a little milk. Love to you Maria and Angela.
Jean Williams
Friend
June 6, 2021
Showing 1 - 2 of 2 results