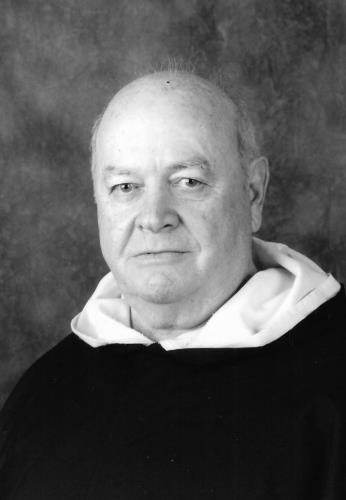 Fr. Antoninus Albert Wall, O.P.
March 2, 1925 - March 2, 2021
Fr. Antoninus Albert Wall, O.P. died on the occasion of his 96th birthday in Oakland, CA surrounded by many of his brothers of the Dominican order. Born in San Francisco to Irish emigrants Albert and Bridget (Corkery) Wall, Fr. Antoninus, whose father was a well-known cable car conductor, graduated from St. Dominic's Grammar School and St. Ignatius High School in San Francisco and St. Mary's College in Moraga. After entering the Dominican Order on June 20, 1943, he continued his studies at St. Albert's College in Oakland and Pontificia Universita San Tommaso (The Angelicum) in Rome, where he was ordained at the Basilica of St. John Lateran on June 3, 1950.

Fr. Antoninus then returned to the Western Dominican Province and was assigned to priories in Seattle, WA and in Los Angeles, Kentfield, Berkeley, and Oakland, CA, combining an infectious enthusiasm in ministering to parish laity and a compassionate pastoral experience in ministering to and counseling the suffering, the bereaved, and all those in greatest need. He eagerly preached parish missions and retreats in many parts of the United States, as well as appeals for the Dominican Mission Foundation, often visiting those being served in the missions, including inhabitants of the Philippines' Tala Leper Colony and the destitute in Guatemala.

However, Fr. Antoninus is most acclaimed by all who knewhim for his greatness of mind and his intellectual ministry. As a brilliant scholar and professor, generations of students were formed by him in the academic pursuit of reconciling faith and reason. His spiritual guide, Journey to God, published in 1999,synthesizes theology, philosophy, and the writings of the mystics to provide understanding and consolation to many in times of confusion or despair.

While studying as a young friar, Fr. Antoninus took a trip to southern France where he had an experience that would shapehis lifelong vision of living the ideals of the Dominican Order:"In June of [1948] I found myself ... in a rain-battered, windswept, cold, hillside town with a group of fellow Dominican students. We entered an ancient residence and were ushered into a chilly room which was centered around an open fireplace. We were then informed that it was in this room that St. Dominic had lived off and on for nine years as he had pursued, barefooted and alone, in ragged garb, his evangelical preaching in the surrounding countryside. The building had been reworked over the years, but the fireplace, and stone floor before it, went back to the time of Dominic. It was on that very floor that he rested each evening, close to the fire, prayed, and dreamed his dreams as he fell asleep. Here I was 750 years later, a member of that international family that had communities in all parts of the world--a family that produced the likes of Thomas Aquinas, Albert The Great, Catherine of Siena, Fra Angelico, Pius V and Las Casas...a family which had exerted enormous influence in the development of the Church and western civilization. What came home to me was the realization that at one time this wonderful Dominican family...existed nowhere on God's earth except in the inner hopes of Dominic as he slept by that fireplace in that cold damp room and dared to dream."

In recalling this experience in a graduation address, Father had introduced it by saying, "All great human achievements begin in the same way. They start out in the solitude, the lonely privacy of the inner world of an individual person...[They] originate in the heart, mind, and imagination of ones who dare to dream dreams, and have the holy audacity to strive to do what others shrink from attempting." Years earlier the Master General of the Dominican Order, Fr. A. Fernandez, O.P., had used the phrasesancta audacia, or holy audacity, to refer to those who dared to establish and expand Dominican involvement in the Graduate Theological Union in Berkeley, an institution of higher learning like no other that began as an ecumenical association of schools of the different Christian denominations and now involves centers for the study of other religions such as Judaism, Islam, Buddhism, and Hinduism, an institution in whose conception, founding, and development Fr. Antoninus played a prominent role. It was indeed an institution that boldly dared to dream, proclaiming to those in doubt that, as Fr. Antoninus stated,"ecumenism did not involve a dilution of one's religious traditions but a deeper possession of them in a setting that involves open, respectful dialogue with other religious traditions." Over the years Father served as president and as regent of the Dominican School of Philosophy and Theology(DSPT), one of the schools that make up the GTU. He was also a beloved and respected professor there, known for advocatingthe indispensable holy audacity necessary to give birth to the dreams and visions of St. Dominic and St. Thomas Aquinas in this new millennium.

Family was always a cherished part of Fr. Antoninus' life. Besides his parents, he was preceded in death by his sisters Margaret Wall Driscoll and Catherine Wall Colvert and his brothers Fr. Kevin Wall, O.P. and Brendan Wall. He is survived by his brother-in-law Dominic Colvert, sister-in-law Alita Wall,and several nephews and nieces.

On March 9, after a funeral Mass at St. Dominic Church in San Francisco, Fr. Antoninus was buried at St. DominicCemetery in Benicia. To honor the memory of Fr. Antoninus, gifts may be made securely online in support of the education of Dominican brothers and priests at https://www.opwest.org/frantoninusmemorial/.
Published by San Francisco Chronicle from Mar. 12 to Mar. 14, 2021.
To plant trees in memory, please visit the Sympathy Store.
MEMORIAL EVENTS
To offer your sympathy during this difficult time, you can now have memorial trees planted in a National Forest in memory of your loved one.
MAKE A DONATION
MEMORIES & CONDOLENCES
2 Entries
My family loved Father Wall. His wisdom, empathy, and intellectual rigor have affected us even four generations after we first had the privilege of knowing him. He is missed.
Sara Ponzio
Friend
April 24, 2021 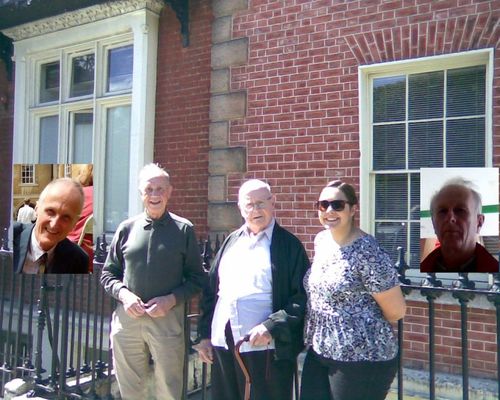 Fr. Antoninus, or Albert as we knew him, was a vivacious, exuberant character, who filled all in his presence with his huge joie de vivre. He breathed joy into the day, whatever the weather or the situation. He was more like an uncle than a first cousin to my siblings and I. He first visited our home in Ireland, on his return trip to California, after his ordination in Rome in 1950, when I was a infant in arms. I don’t remember this visit, but I and have seen the photos. I have very fond memories of his many visits to our home, over the years, when he kept us spell bound with many stories of his adventures and his numerous projects.
Albert organised some very memorable family reunions for members of his father’s and mother’s clans, some held in the USA, others in Ireland.
I remember with particular joy and satisfaction, a reunion I attended in the Greek,Cyclades Islands - Naxos and Santorini, with Albert, Fr. Kevin and their two sisters and members of their families. I had often heard Albert talk vivaciously of this island Naxos , so I thought, I have got to make this trip.
On a visit to San Francisco the previous year, Albert escorted my mother and I around the bay area, North to Sausalito and Marin County and south to the mission town of Carmel.
Albert was a ball of energy and infectious enthusiasm and all the various families in Ireland loved to break bread with him. He will be sorely missed.

Let me conclude with a Gaelic wish:-