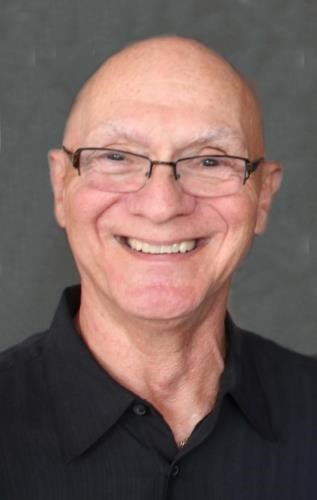 BORN
1936
DIED
2021
FUNERAL HOME
Herman Meyer & Son Inc.
1338 Ellison Avenue
Louisville, KY
Arnold J. Kahn
06-18-1936 to 06-16-2021
Arnold J. Kahn, PhD, passed away on June 16, 2021, two days shy of his 85th birthday, in San Rafael, CA after battling lymphoma.
He was born in Louisville, KY, son of the late David L. and Reva W. Kahn. He is survived by his spouse, Jane Carey Kahn; his two daughters, Cindy Kahn Pastard and Dana Kahn Jackman; his granddaughter, Daphne Pastard; his brother, C. Ronald Kahn (spouse, Susan); and many cousins, nieces, and nephews.
Arnie graduated from the University of Louisville receiving a BS and MS in biology and then received his PhD in developmental biology from Columbia University. After a post-doc at the University of Wisconsin, he took his first faculty position at Syracuse University. This was followed by subsequent positions at Washington University in St. Louis, where he was initially Professor of Biomedical Science and ultimately Assistant Dean for Biomedical Sciences at the School of Dental Medicine. He then served as Director of the Pediatric Research Institute and Professor of Pediatrics and Orthopedic Surgery at St. Louis University. In 1990 he moved to California to become Professor and Chairman of the Department of Growth and Development at the University of California, San Francisco School of Dentistry. In 1996 and 2002, he was Visiting Professor at Hebrew University in Jerusalem. Since 2006, he has been a Professor Emeritus at UCSF, but remained active as a Visiting Scientist at the Buck Institute in Novato, CA.
Dr. Kahn published more than 200 papers, abstracts, and book chapters on a wide range of topics, and mentored dozens of fellows and students. Earlier in his career, he served as Chairman of the Gordon Conference on Bones and Teeth and as Secretary/Treasurer of the American Society for Bone and Mineral Research. His most recent research interests were on aging and longevity, serving as a member of the Longevity Consortium at California Pacific Medical Center, Visiting Scientist at the Buck Institute for Age Research and serving on the editorial board of the Journal of Gerontology.
In addition to his family and work, Arnie had many passions including a dedication to staying fit, searching for lost relatives in the family genealogy, collecting art, traveling to exotic locations, and working with a local group focused on the preservation of classic movies. He was also developing his talent as a painter. He was a voracious reader, smart, curious, kind and always smiling. He enjoyed rooting for hometown baseball and football teams and in recent years was a loyal fan of the Golden State Warriors.
His funeral was held in Louisville, Ky on June 21, 2021. In lieu of flowers, donations can be made in memory of Arnold J. Kahn to the Friends of the Louisville Free Library, the Lark Theater (Larkspur, CA) or UCSF Medical Center to support the research of Drs. Weiyan Ai or Mustafa Arain.
Published by San Francisco Chronicle from Jun. 19 to Jun. 22, 2021.
To plant trees in memory, please visit the Sympathy Store.
MEMORIAL EVENTS
Jun
21
Funeral
Louisville, KY
Funeral services provided by:
Herman Meyer & Son Inc.
MAKE A DONATION
MEMORIES & CONDOLENCES
Sponsored by Herman Meyer & Son Inc..
2 Entries
Great teacher and colleague. Wonderful human who will be missed.
Dan Ramos
Work
June 22, 2021
Jane, thinking of you and the whole family....sending love and condolences.
Harry Chotiner and Patty Blum
Friend
June 21, 2021
Showing 1 - 2 of 2 results