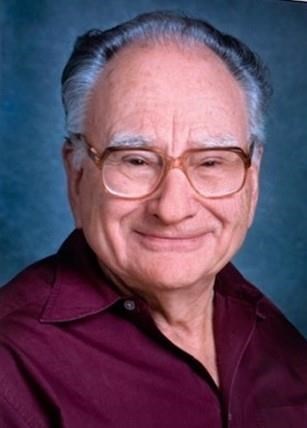 Arthur M. Poskanzer
June 28, 1931-June 30, 2021
Arthur M Poskanzer, a Distinguished Senior Scientist Emeritus at Lawrence Berkeley National Laboratory, and a pioneering Nuclear Physicist died peacefully at home in Berkeley CA, 2 days after his 90th birthday, surrounded by his loving family. The cause was Pulmonary Fibrosis , which affected him for 19 years.
He was born in New York City, and was a graduate of Stuyvesant High School. He graduated cum laude in Physics and Chemistry from Harvard, then continued on to Columbia University for his M.A. He received his PhD from MIT.
He came to Berkeley in 1966 after 9 years at Brookhaven National Laboratory, and joined the Nuclear Science Division, where he remained for over 50 years.
Among the many highlights of his scientific career, he was best known for his co-discovery of collective and elliptic nuclear flows, major experimental evidence leading the discovery of the Quark Gluon Plasma.
He was the first scientific director of the Bevalac accelerator, the co founder of the STAR collaboration at the Relativistic Heavy Ion Collider (RHIC), and one of the leading organizers behind the Heavy Ion program at CERN in Geneva, Switzerland.
Among his many awards were the Glenn Seaborg award in Nuclear Chemistry from the American Chemical Society, and the Bonner prize in Experimental Nuclear Physics from the American Physical Society. He was one of very few scientist who have won awards from both organizations. During is long career, he also received a Guggenheim Fellowship, an Alexander von Humboldt award, and a NATO Senior Fellowship, to name just a few.
Arthur was known for the excellence and rigor of his scientific publications.When Physical Review C, the nuclear physics journal of the American Physical Society celebrated its 50th Anniversary by citing 25 "milestone"papers, he was an author on 4 of them.
Despite all of his accomplishments, he was modest and humble, and was always available to advise and encourage younger scientists. He impressed these younger scientists with his computer skills, writing code and developing programs well into his 80's. His mind remained active and curious until the very end.
He leaves Lucille, his wife of 67 years, his children Deborah ( spouse Alan Meier), Jef, Harold (spouse Marjorie Wechsler), and 4 grandchildren.
He will be dearly missed by many many people.

Published by San Francisco Chronicle from Jul. 9 to Jul. 11, 2021.
To plant trees in memory, please visit the Sympathy Store.
MEMORIAL EVENTS
To offer your sympathy during this difficult time, you can now have memorial trees planted in a National Forest in memory of your loved one.
MAKE A DONATION
MEMORIES & CONDOLENCES
2 Entries
A wonderful scientist and husband. Enormous contributions to humanity.
Linda London
July 13, 2021
Art was a welcoming person who, despite his towering talents remained humble and warm. Having the good fortune to have spent a little time with him in his last years was a great honor for me, and I'll miss him throughout the rest of my life.
Gary Evans
Friend
July 11, 2021
Showing 1 - 2 of 2 results