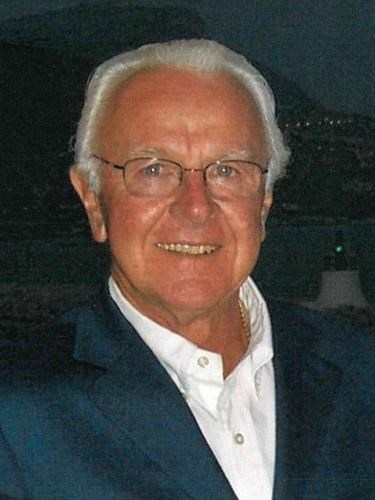 BORN
1934
DIED
2020
FUNERAL HOME
Crosby-N. Gray & Co. - FD-96
2 Park Road
Burlingame, CA
Arthur J. Zanello
January 27, 1934 – December 2, 2020
A native San Franciscan, born to immigrate parents Pietro and Claudina Zanello, from Italy, who went through Ellis Isle. They came to America and with hard work opened a pastry shop, Stella Pastry, in North Beach, San Francisco. They were the original Proprietors of Stella Pastry, which is still there.
He was the devoted soulmate and loving husband to Sylvia Araldi Zanello for 60 years. He was a doting father with unconditional love to Sylvia Christine. And the very best grandfather to his grandchildren. He will be remembered as a man who loved his family. Arthur was most happy, when making his family happy. He loved his family and embraced them with all his heart. A man who enjoyed giving.
Arthur came into responsibility at an early age. While he was going to USF University, his father passed away and he needed to manage Stella Pastry in North Beach. He needed to support his mother and his school age sister while still attending USF University. He also was in the Coast Guards. After he graduated, is when he met the love of his life, Sylvia Araldi at a mutual friend's wedding reception. To which he made the wedding cake. They danced and from then on, they were inseparable for the next 62 years. They were happily married for almost 60 years. Truly Soulmates.
Then, when his mother sold the bakery, Arthur moved on to another path in his life. Real Estate. He was a man of tremendous energy and ambition. Opening his own Office in San Francisco. Combined Realty on Market Street. Starting as a salesman and then becoming a broker, builder, and investor. He became a very successful developer. Early on he was a user of the internet and Facetime, which allowed him to manage his office from afar. So he could spend a month in Hawaii and three months in his lake front home on Lake Maggiore in Meina, Italy. He spoke fluent Italian. And the rest of the year he resided in Hillsborough, California. He loved to travel, visiting all of Europe and 40 of the 50 USA states. San Francisco to him, was like a small town, he seemed to know everybody. He had so many friends. He was a member of the Lake Merced Club, and a 50-year member of the Olympic Club. He enjoyed all sports but excelled in handball, skiing, and golf. He played in many handball tournaments representing the Olympic Club. Winning many trophies. And becoming a Masters US National Handball doubles champion in 1986 and in 1987 and in 1990 NCHA Hall of Fame doubles champion. While he enjoyed playing golf, He made a few holes in ones at the Olympic Country Club and Lake Merced Country Club and at the golf club in Italy, Castelconturbia. He was an avid skier. Skiing Squaw Valley and Aspen Colorado all winter. Helicopter skiing in the bugaboos in Canada. Accumulating many downhill miles. He was a 49er and a Giants fan, holding season tickets at Candlestick Park.
In 2005 he created the Sylvia and Arthur Zanello Campus Ministry Center at Sacred Heart Cathedral Preparatory. He was of the Class of 1951. In 1995, Arthur was awarded the "Cor Jesu Award" from Sacred Heart Cathedral High School. He also received the "Don Bosco Award" for he, who befriends children. He sponsored student scholarships at Sacred Heart Cathedral Preparatory school. Arthur's service on the original board of regents, contributed to the merging of schools in 1987 that would create Sacred Heart Cathedral Preparatory. His leadership, for decades as a longtime member of the Building Committee was instrumental in the successful constructions. He was steadfast in his commitment to Sacred Heart Cathedral and enjoyed working behind the scenes. He believed that Education was very important. He was charitable and full of good will. He was a very generous man. Strong in faith, love, life and optimism. He was humble in giving. He always enjoyed helping others where he could, and most often anonymously. He lived his life with honor, grace, integrity, virtuous and strength. and being very charitable. One of the things he liked to do at Christmas time, was to play Santa Claus at children parties and in Children's wards, in Hospitals, which sometimes brought sadness.
Arthur will be missed and never to be forgotten.
Arthur is survived by his loving wife Sylvia Araldi Zanello and his adored daughter S Christine Zanello Giordano, Steve, Granddaughters, Mia Christina Giordano, Cara Marie Giordano, and Grandson Anthony Giordano. A Sister, many Nieces, Nephews, great Nieces and great nephews and 18 cousins in Italy. He will be remembered for his kindness and his generosity. And his love of family.
Due to Covid, there was a private service, at Crosby-N. Gray & Co. Funeral Home and then to Our Lady of Angels Church in Burlingame and laid to rest at Holy Cross.
Mass of the Resurrection for Arthur J. Zanello
https://www.youtube.com/watch?v=yKLxDaoLStM

Published by San Francisco Chronicle from Nov. 30 to Dec. 5, 2021.
To plant trees in memory, please visit the Sympathy Store.
MEMORIAL EVENTS
To offer your sympathy during this difficult time, you can now have memorial trees planted in a National Forest in memory of your loved one.
Funeral services provided by:
Crosby-N. Gray & Co. - FD-96
MAKE A DONATION
MEMORIES & CONDOLENCES
Sponsored by Crosby-N. Gray & Co. - FD-96.
4 Entries
I am so saddened to hear of Art´s passing. God bless him. I enjoyed many rounds of golf with him and found him to be a real character. He will be missed.
Robbie Otaguro
Friend
December 7, 2021
I offered Mass for Art that God may welcome him to eternal life.
Father Harry
December 5, 2021
My Dad, Howie Wyrsch, loved when he played Art in handball at the San Mateo Elks always ribbing each other. I am sorry for your loss.
Billy Wyrsch
November 30, 2021
My sincerest condolences on the passing of Arthur. He taught me a thing or two about handball when I was a teenager and he was no slouch as as player! A great Father that´s for certain and loving husband too. He knew how to really live and his obit says it all. Rest in Peace, God in Heaven has called you home to your reward.
Bradford Anthony Barrett
Friend
November 30, 2021
Showing 1 - 4 of 4 results