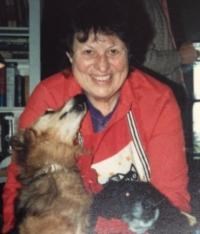 Barbara died in her sleep after a lengthy illness.
She was born in Omaha, Nebraska to Dr Samuel J McClendon of Texas and Julia MacCorkle of Virgina. She was raised in San Diego and attended Pt Loma High School. She graduated from Pomona College and lived briefly in New York City before moving to San Francisco in the late 1940's. Barbara worked for the California Dept of Rehabilitation as a counselor for many years until her retirement. During that time she received her MSW from San Francisco State. She was married to Dale Champion until 1963 but remained friends with him until his death in 2008. She enjoyed traveling the world, was a voracious reader, loved cooking, parties, politics, eating out, and especially caring for her beloved animals, of which there were many. Her house was also home to many people over the years, many whom remained her friend until her death. Barbara will be missed by many. She is survived by her sister Marijeanne Crabtree of San Diego, her niece Karen Crabtree and her husband Jaisingh Niemer of Ukiah, her nephews Gary Crabtree of Walla Walla, WA, and Chris Crabtree of Santa Barbara and their spouses and children. A memorial service is being planned at a later date. Donations can be made in her name to the Marine Mammal Center or the Point Reyes Bird Observatory.
Published by San Francisco Chronicle from May 24 to May 26, 2014.
To plant trees in memory, please visit the Sympathy Store.
MEMORIAL EVENTS
To offer your sympathy during this difficult time, you can now have memorial trees planted in a National Forest in memory of your loved one.
MAKE A DONATION
MEMORIES & CONDOLENCES
8 Entries
Barbara led a fully authentic life, urging forward everyone she possibly could, including her dear dogs and cats and even the raccoons on her deck. A great gift, Barbara.
Leslie Warren
June 16, 2014
It seems like it was just yesterday that Barbara invited me into her home to assist her with dusting, feeding her cats and running errands. It was during this time that we shared a love of books and reading. We would occasionally exchange books. I finally met a person who liked to read as much as I did. Many times, Barbara would take me and Rick out for brunch at Chow and Cafe Flore on weekends. Once in a while we would discuss a book we really enjoyed over a meal, but mostly we just talked, not about anything really. It was just nice to sit and share good food. She looked forward to those times and we did, too. Barbara, you will be missed.
Natalie Champion, San Francisco, CA
June 4, 2014
Barbara trained me when I began working at DVR in 1966. She had just bought her new house. We have been close friends through the decades sharing holidays, birthdays, significant transitions in both of our lives.
Highlights include hiking in Pt Reyes, a 50 mile hike in the High Sierras on the John Muir trail, many dog walks in Golden Gate Park and on the beach. Trips to Tassajara Springs, Mt Tam, Bodega Bay, museums, nurseries, restaurants, yard projects in her new home, many weekend visits over the years despite the fact that I lived in Mendocino County much of this time.
When I stayed home for three years to care for my life partner, Doreen, who had advanced Alzheimer's disease, Barbara called me several times each week to provide moral support. I would not have made it through this experience without her help. Apart from my partner, Barbara was my dearest friend for most of my adult life. No one can replace her, and words can not describe how much she meant to me. We had a very close bond. I will always love her and be grateful for our friendship.
Patricia Tetzlaff
June 4, 2014
We met Barbara when my Son-In-Law, Richard Champion lived on Henry Street. He is the nephew of Dale Champion and is married to our daughter, Natalie. We would go have breakfast at the beautiful Cafe Flore. Barbara looked forward to meeting us there. It was such a joyous affair we felt like we were celebrating something big. But, we were just catching up on our visit. We enjoyed her comrade and cherished her conversation.
Delia & Tom Vaden
June 2, 2014 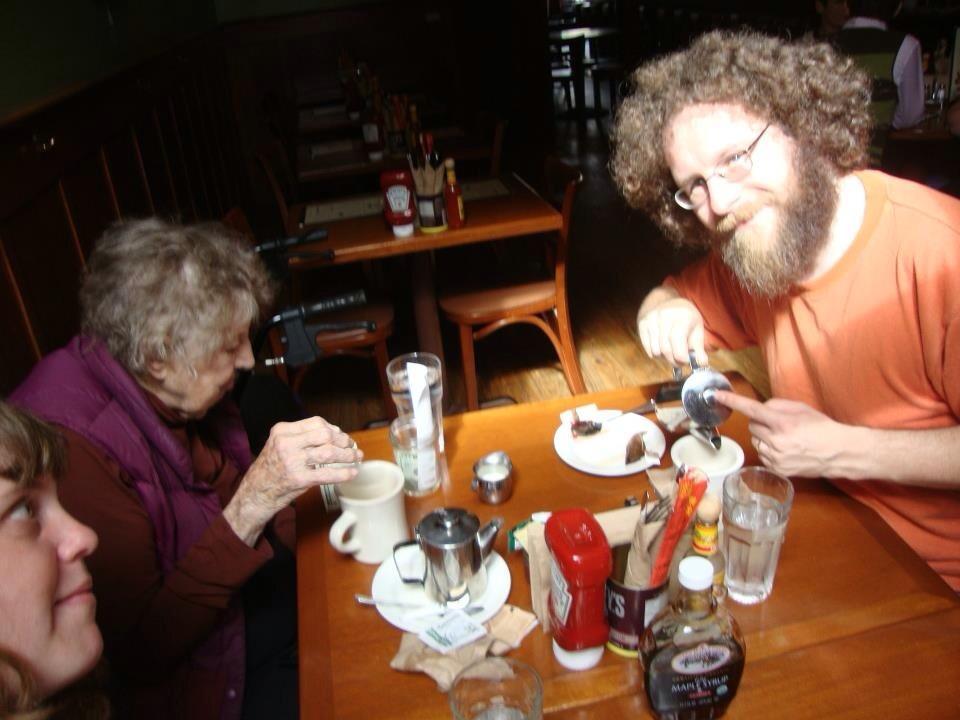 Barbara was like a second mother. Probably my best friend through-out my entire twenties, when I rented her inspiring attic apartment overlooking Kite Hill. I have precious memories of gardening and dogwalks and Masterpiece theatre, pumpkin carving, crepes, searching the neighborhood for her cat Chester who had a knack for getting himself locked in various neighbor's garages. The tree in the backyard that grew hearts. The persimmon tree beside her breakfast room and how beautiful it got in the Fall. Nurturing baby pine trees which sprouted up here and there in her garden. Her dogs Katie and Ajax. Her cats Chester and Stella. I wouldn't have my 12 year old cat Maple if it weren't for Barbara rescuing her. (Maple chose me and the attic and the cello, over competing for attention from the other cats). I think Barbara changed who I am. Her dark humor and jokes about her pets could get even the grumpiest of people to chuckle. One time she mentioned Chester came running in off the deck because there were raccoons. She said he left his skateboard out there. ....i can't convey how charming she was. She is irreplaceable, and I will really miss her.
Monica Aiken
May 29, 2014
I worked with Barbara at DVR in the 80's and have fond memories of her infectious laugh and her endless spirit of adventure. Condolences to her family and loved ones.
Rissa Coplan
May 28, 2014
Barbara was kind to me in so many ways. I remember walks with her on the beach.
Rick Champion
May 28, 2014
I have Barbara to thank for helping me adjust to a new life after my divorce in 1979. I don't know what I would have done without her help. RIP
Linda Marie Pillay
May 25, 2014
Showing 1 - 8 of 8 results