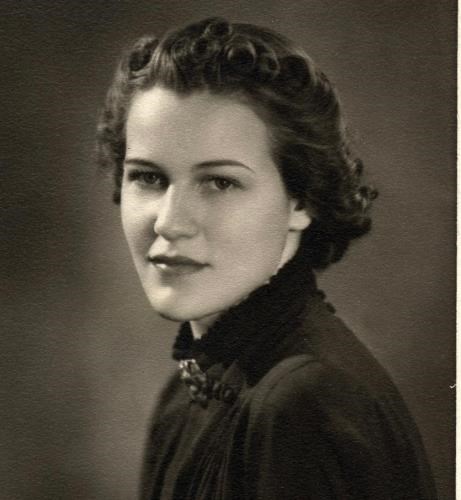 Betty Jane Barry was born in Reno, Nevada on April 25,1921. She grew up in Susanville, CA where her great-grandparents settled in the 1860s. Though she lived in the East Bay for nearly all of her adult life, she was proud of her Susanville roots and values. Her father, Hardin Barry, an attorney in Susanville, instilled in Betty a love of the law and an appreciation of hard work. He managed, in spite of the Depression, to give his family a comfortable life filled with the joys of small town living.

Betty graduated valedictorian from Lassen High School in 1938 and from Lassen Junior College in 1940. She attended Stanford University. She left school to join the Red Cross for two years during WW II, then graduated Phi Beta Kappa from the University of California, Berkeley in 1944. She met her future husband, John Deal, while attending law school at Boalt Hall when he graciously offered to let her borrow his books. They married in November of 1945 and, after brief stints in Susanville and Salt Lake City, settled down in Berkeley to live and raise their children.

Following John's sudden death in 1951 at age 33, Betty finished her law degree at Boalt Hall and passed the Bar exam in 1955. Law jobs were difficult to obtain for women in that era, so she began her legal career as an editor of law books for UC's Continuing Education of the Bar. She held that position until 1963 when she hung her own shingle and, over time, earned an excellent reputation as a family lawyer, practicing from her home office while raising her children. She joined the Oakland law firm of Helzel, Brunn, and Leighton as a full partner in 1970.

In 1977, during his first term in office, Gov. Jerry Brown appointed her to the bench of the Alameda County Superior Court where she handled cases in juvenile court and family law court, earning wide praise for her open mind and willingness to work with families to determine what was best for children whose parents were separating.

In 1980, Gov. Brown appointed her to the 1st District Court of Appeal in San Francisco where she remained until her retirement in 1990. She was the first woman appointed to this district, giving future aspiring women in the practice of law a wonderful role model.

In retirement she continued her interest in genealogy, corresponding with distant relatives throughout the country, often touring graveyards with her children and grandchildren, regularly reminding them that they were related to Daniel Boone. She took great pride in her colonial style home and spent hours researching period appropriate paint colors and furnishings for homes from the 18th and 19th century. She had a passion for gardening and hummingbirds.

Despite being a single parent and sole support for her family, she sewed many of her daughter's dresses as well as Halloween costumes for both of her children. She adored Halloween and kept a box of her homemade costumes in the attic to be enjoyed by future generations. She had boundless energy, and when her children were small, it was not uncommon for her to put them to bed and then paint the walls of a room.

Betty married again in 1958 to Dr. Richard Nies and together they bought a home large enough to accommodate their blended family of four children. Though divorced from Dick in 1960, Betty remained close to his children Albert (dec.) and Andrea, both of whom cherished their relationship with her.

Her home in Alameda was always a warm and wonderful place, open at all times to the many relatives and friends who stayed over or stopped by for a visit. Having grown up during the Great Depression, she never ran out of essentials: Fig Newtons in the cookie drawer, gum, tissues, and a pair of scissors to clip out her favorite articles from the newspaper. Many of us will remember that she always saw us off when we departed, waving goodbye from her front porch until we could no longer see her. Her exceptional intellect, phenomenal memory, gracious generosity, and great sense of humor made her a welcome presence in many lives. Those of us left behind will miss her, but salute her for a life well lived. She was truly loving and truly loved.

Private services to be held. Contributions to the charity of your choice are greatly appreciated. 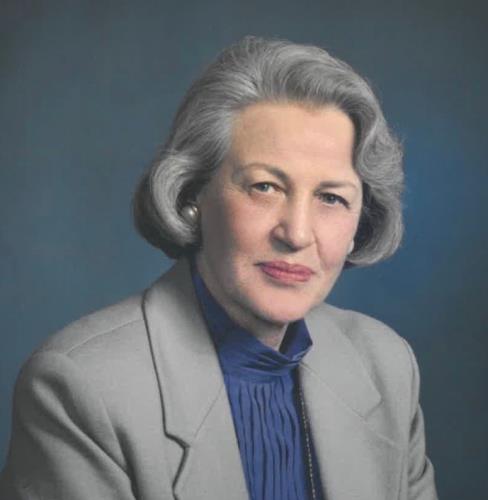 Published by San Francisco Chronicle from Mar. 23 to Mar. 26, 2017.
To plant trees in memory, please visit the Sympathy Store.
MEMORIAL EVENTS
To offer your sympathy during this difficult time, you can now have memorial trees planted in a National Forest in memory of your loved one.
MAKE A DONATION
Please consider a donation as requested by the family.
MEMORIES & CONDOLENCES
9 Entries
My mother, Ruth Goodyear Dowdakin, would like to send a letter of condolence to the family. She lived with Betty and Virginia at Epworth Hall at UC in the early 40's. If you would like to provide a mailing address, my email is [email protected] If that is not convenient, please accept my condolences on my mother's behalf. She always had the greatest regard for Mrs. Deal.
Renata Dowdakin
March 31, 2017
Sincere condolences on your loss. May fond memories and loving words comfort your family at this difficult time. Isaiah 57:15 - T.R.
March 31, 2017
Sorry for your loss and may God be with you at this sad time. 1 Thessalonians 4:14 tells us that we will see our loved ones again.
Katherine
March 29, 2017
So sorry for your loss and also please be comforted by the bible amd God will help you....
March 29, 2017
I'm so sorry to hear about the death of Betty . May these words from the Bible provides you and your family with the comfort and hope you need. Act's 24:15.
March 29, 2017
Prayers and comfort for the family. "May mercy and peace and love be increased to you."-Jude 2
March 28, 2017
May you please find comfort and joy from the powerful words written in the bible for our comfort (Matthew 5:4).
March 28, 2017
Sincere condolences on the loss of an amazing woman. My father, Francis "Butch" Taylor, met Betty Deal through his career with the American Red Cross, and he spoke of her with deepest regard and respect over the years. Shortly after my son graduated from law school, she was kind enough to take time in her busy schedule meet with my father and son, to share her experience and advice with a budding young attorney. My father was very fond of Betty Deal, and our family appreciated her kindness and generosity toward my son. Cherish the memories...
Trish Taylor
March 26, 2017
Hi Diana and Tom -- Warm thoughts on Betty's passing. Every few years Betty and I would chat by phone, promising to get together, but we let time slip by until it's now too late. Somewhere in my book collection I still have a small volume about the city of Deal (Australia???) which I routinely promised to give to her. Yours for the asking as soon as I can find it.
The last time I saw Diana was in Betty's kitchen, where Diana served me a hot dog for lunch. When you visit the Bay Area, I'd be pleased to reciprocate and reminisce. Good cheer, Jack Leavitt, 1019 Merced St., Berkeley, CA 94707, 510-524-5963.
March 23, 2017
Showing 1 - 9 of 9 results