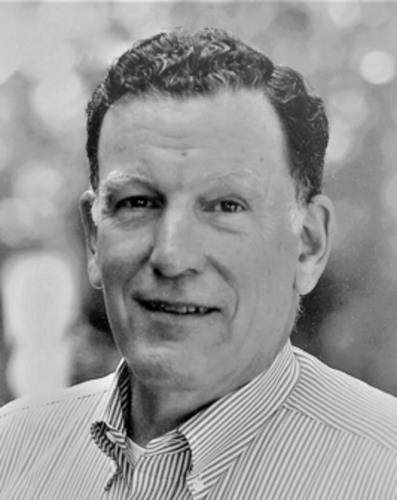 Bob Kirkwood passed peacefully on December 10th in Palo Alto with his wife Edie and sons at his side. Bob was born in 1939 in San Francisco. He was a graduate of Pomona College and Harvard Law School. In 1966, he married Bonnie Brooks and together they raised three sons. After two years in Japan working for a law firm, he returned to San Francisco where he practiced law at Brobeck, Phleger and Harrison.
Bob worked at Hewlett Packard for 25 years, retiring as Director of Government and Education Affairs. Working with David Packard, Bob designed and initiated the creation of the Santa Clara Manufacturing Group, a collaboration of industry and local governments that has evolved into the Silicon Valley Leadership Group. It was at this time that Bob met his wife Edie Dorosin.
Bob was a generous and mentoring husband, brother, father/step father and grandfather. He was a passionate and insightful board contributor to many civic and environmental organizations including SPUR, POST, Trust for Public Lands, Sempervirens, and the Northern Sierra Partnership. In the 1990's Bob was on the board of the Coastal Conservancy and in 2005 he was the Governor's appointee to the newly created Sierra Nevada Conservancy. To each group he gave time, energy and his many ideas.
Bob's other major interest was early childhood development and parental behavior. He pursued funding both environmental and childhood development issues working through his family foundation. A member of the Bohemian Grove, Bob enjoyed the camaraderie of his camp mates.
Bob is survived by his wife Edie; his sister Jeanie (Mike) and brother John; his sons Carter (Jessica), Brooks (Stephanie) and Corey Kirkwood; his stepchildren Dan (Fern), Abbie (Dan), and Alicia Dorosin; and by his super wonderful grandchildren Robby, Emily, Chloe, Kailey, Malaika, Jackson and Clara Kirkwood, Skylar and Miles Dorosin and Davis and Elana Rich. For his grandchildren, Bob was a model of a steward of the land and an instigator of many adventures.
Our blended families thank you for your remembrances of Bob, his thoughtfulness and generosity.
To honor Bob, please donate to a charity of your choice.

Published by San Francisco Chronicle from Jan. 4 to Jan. 7, 2018.
To plant trees in memory, please visit the Sympathy Store.
MEMORIAL EVENTS
To offer your sympathy during this difficult time, you can now have memorial trees planted in a National Forest in memory of your loved one.
MAKE A DONATION
Please consider a donation as requested by the family.
MEMORIES & CONDOLENCES
2 Entries
Bob was one of my favorite leaders when I worked at Hewlett-Packard in the 1980's. He was wise, compassionate and a wonderful mentor to me. He made such a difference to many of us.
Teresa Roche
March 4, 2018
I am saddened to hear of Bob's passing. He was truly a remarkable man who was brilliant in his work but also just a wonderful person. I remember when my husband & I who both worked for HP were moving back to the East Coast and Bob took our two little boys (ages 4 & 6) on an airplane from the West Coast to the East Coast to their grandparents so my husband & I could do the long drive across making it so much easier for our little boys! Our boys loved him & our 4 yr old sat on his lap the whole way according to Bob as according to our son, he really liked the tall man!
Debra Carroll
February 26, 2018
Showing 1 - 2 of 2 results