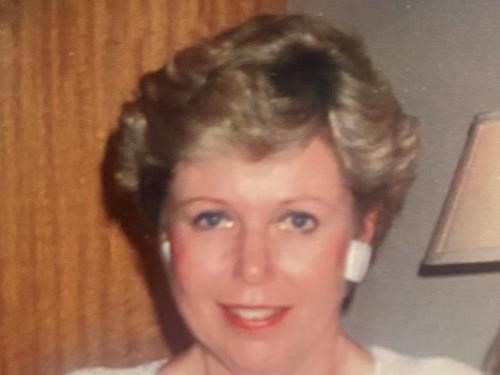 BORN
1935
DIED
2021
FUNERAL HOME
Crosby-N. Gray & Co. - FD-96
2 Park Road
Burlingame, CA
Caroline Wilson Gimbel
August 14, 1935 - March 28, 2021
The world lost a beautiful person and a gentle spirit on March 28, 2021. Caroline Gimbel passed away peacefully in Burlingame after a brief illness, with loving family at her side. Caroline had a kind word and a smile for everyone. She possessed a generous, loving and cheerful nature that brought out the best in all of us.
Caroline was born in West Los Angeles on August 14, 1935 to Draver and Catherine Wilson, formerly of Stillwater, Minnesota. Her early years were filled with art and music. Her father was an architect and artist who had his art studio at their home in Westwood, and her mother was a classically trained pianist. With two pianos in their home, Caroline and her mother would practice and play together.
Caroline attended schools in West Los Angeles from kindergarten through university, along with some of the same friends throughout. During these years, she formed some of the solid bonds of friendship that were hallmarks of her loyal and loving nature with friends and family. Following her graduation from Marymount High School, she attended USC, where she joined Gamma Phi Beta sorority, and earned a bachelor's degree in Business.
After graduating from USC, she worked at the American Red Cross in Los Angeles as a field representative in recruiting at colleges. She later joined Atlantic-Richfield, working in marketing with women's organizations. While working at Atlantic-Richfield, she met her future husband, Art Gimbel. They were married in Santa Barbara in 1969, and employment opportunities took them to Monterrey, Mexico, Lima, Peru, New York and San Francisco, ultimately settling in San Mateo Park. Soon thereafter, their son, Arthur Jr., was born. He became the center of their lives.
Throughout Caroline's life, she was a genuine humanitarian who tirelessly gave back to her community and philanthropic causes that touched her heart. Early in life, she became a member of the Spinsters, an organization aimed at cultivating volunteerism in young women. As part of a panel of several Spinster members, the Los Angeles Times quoted Caroline as saying "a woman who has worked has the stimulus to be creative after settling down." She followed her own insight and applied her energy, creativity, and personal skills to business and community projects throughout her life.
Caroline was also very active in the Junior League. She chaired the Fashion Show of 1976, the League's annual fundraiser. Caroline became President of Family Service, a member of the Women's Board of California Pacific Medical Center, and President of the Parents Group of Crystal Springs Upland School. She was an active member of the Francisca Club, the Hillsborough Racquet Club, First Presbyterian Church of Burlingame, and a supporter of the San Francisco Symphony.
Friends and family were always of paramount importance to Caroline. She was a very social person who loved frequent get-togethers, along with memorable summer vacations and holiday celebrations. She loved entertaining and further enriching her deep relationships with her family and a wide network of loving friends, neighbors, and colleagues.
Caroline was predeceased by her parents, her brother David Wilson, and her beloved son Arthur D. Gimbel, Jr. She is survived by her loving husband of 52 years, Arthur D. Gimbel, her nephews David Harris (Michele), William Harris (Peggy), and Robert Lane (Lori), nieces Sharon Lane, Brenda Munks (Greg), Diane Warnock (Ken), Monica Wilson, Rachel Wilson, grand nieces and nephews, cousins Sheila Bost and Jon Serve Wilson, and many devoted friends. Her kindness and generous spirit will be remembered by everyone who knew her.
Due to Covid-19 restrictions, a celebration of Caroline's life will be postponed until a safer time. Donations may be made in memory of Caroline to First Presbyterian Church of Burlingame at www.burlpres.org, or AbilityPath at www.abilitypath.org.

Published by San Francisco Chronicle from Apr. 23 to Apr. 25, 2021.
To plant trees in memory, please visit the Sympathy Store.
MEMORIAL EVENTS
To offer your sympathy during this difficult time, you can now have memorial trees planted in a National Forest in memory of your loved one.
Funeral services provided by:
Crosby-N. Gray & Co. - FD-96
MAKE A DONATION
MEMORIES & CONDOLENCES
Sponsored by Crosby-N. Gray & Co. - FD-96.
0 Entries
Be the first to post a memory or condolences.