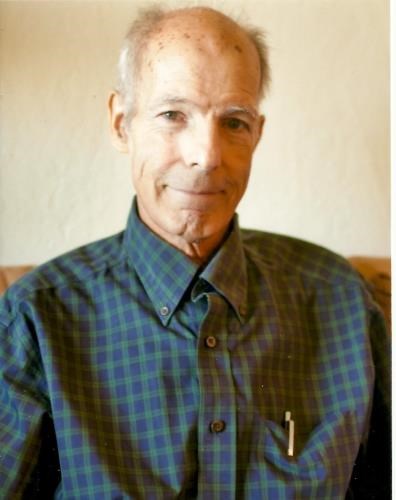 Chuck was predeceased by his daughter Anne (Annie) Posey Dimakatso Millar Desmond December 18, 2018. He is survived by his wife Marilala (Laila) Campbell Millar of Richmond, CA; his son, Rowan Campbell Millar, of Capitola, CA; his grandson, Finnegan Jacob Millar Desmond, and son-in-law, Timothy Ambrose Desmond—both of Alstead, NH—and by his five brothers: Joseph Millar of Richmond, CA, and Raleigh, NC; Andrew Millar of Sherman, CT; James (Shamis) Fastook of Orono, ME; John Millar of Princeton, NJ; and Harrison Millar of Gloucester, MA. He also leaves behind many loving sisters-in-law and brothers-in-law, nieces and nephews, grandnieces and grandnephews, cousins, and other family—as well as many dear friends and communities of kindred spirits.

Chuck (aka Charley/Charlie, especially during a decade of his youth and young adulthood) made a living as an editor, a counselor/psychotherapist, a leader of community projects and organizations, and an educator (at every level from primary school to graduate school). In his young adulthood, he more briefly held jobs that were evidence of some of the talents he had—sailing instructor, auto mechanic, carpenter, preschool assistant, building manager, and campaign coordinator. He was also a writer, an artist, a minister, a lover of nature, a windsurfer, a motorcyclist, a dedicated volunteer, a seeker of truth, an activist, a leader, an appreciative listener, and a friend who loved sharing ideas and his heart with people of every age, background, and situation.

Throughout Chuck's life he either lived in or came back as frequently as he could to the Cape Ann area (aka North Shore, near Boston, MA). His family first lived in Rockport, then Halibut Point, then Annisquam in Gloucester, where the Millar family home is still owned by all the Millar brothers. Between the times in Rockport and Gloucester, the family lived in a Quaker intentional community, Tanguy Homesteads, near Philadelphia, PA.

Other places Chuck lived as a young child included (with his brothers Joe and Andrew) the Rumsey Hall boarding school in Washington, CT, where he attended first and second grades; and Kimberton, PA, where he attended third grade at the Kimberton Farms Waldorf School. At Kimberton Farms, his father, Joe, met a fellow teacher who would be the mother Chuck knew for most of his life, because his own mother had died when he was five years old. Ann Beaver Millar, of whom it was said in her obituary that with her there were no "step's" and no "ex's," outlived her husband Joe by 38 years, dying in the family house in Gloucester in July of 2018.

In 1956, Joe and Ann moved with their newly combined and expanding family to Saltsburg, PA. In Saltsburg, Chuck attended public schools from fourth grade through seventh grade and attended high school at The Kiski School, where his father was head of the English department and his mother taught speed-reading techniques. From there Chuck went to Amherst College, in Amherst, MA, for two years. He transferred to Marlboro College, in Marlboro, VT, and graduated with a BA in English, minoring in art.

Chuck's further schooling included a master's degree in international administration from the School for International Learning (SIT) in Brattleboro, VT, and a PhD in psychology from the California Institute of Integral Studies (CIIS) in San Francisco, CA. His dissertation, A Descriptive Analysis of Psychic Opening, was described by his committee chair as one of the best written he had seen at the Institute. During his time at CIIS, Chuck received an Eileen J. Garret Research Scholarship to help research the history of theosophy (which he had first learned about in childhood from his grandmother Harriet Wickersham) and a Kern Foundation Fellowship to help research and write a psychology textbook.

As an editor and sometimes writer or quality assurance tester, Chuck was editorial consultant to graduate students writing dissertations at the Institute of Transpersonal Psychology (ITP); proofreader, keystroke tester, then editor at Apple, in Cupertino, CA—at one point leading and handling communications and style guide updates for the Apple Editorial Forum; instructional designer and developmental editor at GuideWorks in San Jose, CA; lead editor and production specialist at Synopsys, in Sunnyvale, CA; and a freelance editor. As a freelance editor, Chuck edited mental health books for W.W. Norton and Company as well as psychosynthesis and personal books for Ann Gila, a fellow psychotherapist, cofounder (with her husband, John Firman) of Psychosynthesis Palo Alto, and author or coauthor (also with John Firman) of multiple books. Chuck also did pro bono editing of books and other content for his church, friends, and causes he believed in. Chuck completed his final edit, of a book titled When Spirit Calls, in late October of 2019.

As a counselor/psychotherapist, Chuck first volunteered at Hotline for Help, in Brattleboro, VT, and discovered that he loved counseling. During graduate school to become licensed as a counselor, Chuck worked at Fort Help Counseling Center in San Francisco, CA, earning his hours for a marriage, family, and child counselor (MFCC) license. Until 2010, when he and Laila had planned to move to Ecuador before he learned of his second (and more serious than the first) cancer diagnosis, Chuck was in private practice part-time (usually while teaching graduate school in psychology or working as an editor). Places where he had offices to see counseling clients included San Francisco, San Jose, and Castro Valley—all in the San Francisco Bay Area.

As a community action leader, Chuck worked at Southeastern Vermont Community Action (SEVCA), in Bellows Falls, VT, as a project leader; Community Action Brattleboro Area (CABA), in Brattleboro, VT, as its director; and Palapye Development Trust in Palapye, Botswana (Africa), as its director and as executive secretary to the Trust's local board of trustees. In his roles in Palapye, Chuck wrote grant proposals to gain funding, petitioned for land from the tribal land board for a center, recruited and hired staff, and led the building and operation of a center to provide training to youth and needed services to the community at a low cost. The Palapye Brigades at the center trained youth to build houses, to make furniture, and to make clothing, all of which were opportunities for the wider community to both support youth and save money using the services of the youth, supervised by experienced staff. He also established a demonstration farm at the center and obtained funding for a program of outreach and training for small business owners in the more rural regions around Palapye. As director of the center, Chuck managed staff members from Botswana as well as volunteers from four European and North American countries for three years. His final project, completed in the capital, Gaborone, was a research paper about employment and rural development for the Mennonite Central Committee, the organization that supported Chuck and Laila (and their daughter, Annie, who was born in Botswana) throughout their time in Botswana.

A memorial gathering will take place at the First Methodist Church of Richmond at 201 Martina Street, Richmond, CA, at 11:30 a.m. on Saturday, January 18.

There will also be a celebration of Chuck's life on his birthday, Saturday, May 23, at the Annisquam Village Hall at 34 Leonard Street, Gloucester, MA, at 2:00 p.m.

Please RSVP by email to Laila Millar at [email protected], if you plan to attend either or both of these events to celebrate what Chuck contributed through his life. Laila will send any updates to anyone she knows is planning to come—and knowing who is coming will help her to plan.

Anyone wishing to donate to a nonprofit organization that was dear to Chuck's heart can donate to the Institute for Individual and World Peace (IIWP). If you donate online, and want to specify that it is in honor of Chuck, type in the space next to the little pencil icon labeled "Add special instructions to the seller."

The family thanks with all our hearts everyone who has loved and supported us through the difficult experience of Chuck's illness and death and all who continue to love and support us going forward.
Published by San Francisco Chronicle from Jan. 11 to Jan. 12, 2020.
To plant trees in memory, please visit the Sympathy Store.
MEMORIAL EVENTS
Jan
18
Memorial Gathering
11:30a.m.
First Methodist Church of Richmond
201 Martina Street, Richmond, CA
May
23
Celebration of Life
2:00p.m.
Annisquam Village Hall
34 Leonard Street, Gloucester, CA
MAKE A DONATION
MEMORIES & CONDOLENCES
1 Entry
Chuck was a wonderful mentor and friend, and supervised my LMFT internship. He was a truly spiritual, deeply intelligent, gifted psychotherapist and mentor. Im so grateful for that time with him. I regret that we fell out of touch after my husband and I adopted a very busy baby and time flew by. Please accept my deepest sympathy in your loss of Chuck, Laila. Blessings and love to you!
Ginny Weersing
Friend
July 10, 2020
Showing 1 - 1 of 1 results