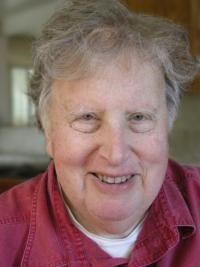 Chuck Moffatt, a beloved family member, friend and accomplished professional engineer, passed away November 19 at the age of 72. He died peacefully at home with his family in Millbrae, California.  The cause was cancer and Parkinson's.

Chuck was born in Taft, California, in 1940, the first child of Allen and Marian Moffatt.  He grew up in Palos Verdes, California, where he attended nearby El Segundo High School. Chuck enrolled at UCLA, studied mechanical engineering and rowed varsity crew. When his parents moved to northern California, Chuck transferred to UC Berkeley. He studied abroad for one year at the Sorbonne in Paris before graduating from Berkeley with a BS in mechanical engineering.

Chuck got a PhD in biomechanical engineering from Tulane University, where he met his future wife Leah.  His interest at that time and throughout his long career was automobile safety.

Chuck's professional career began in San Antonio, Texas, at Technology Incorporated.  He later taught at West Virginia University and Indiana University. He took a sabbatical in Lyon, France, to work in a French crash-test laboratory. Chuck eventually left academia for a full-time career as an expert witness in lawsuits involving automobile accidents.  He was a president of the Association for the Advancement of Automotive Medicine, an organization of engineers and doctors working on injury prevention in car crashes.

In retirement, Chuck returned to California with his wife.  He spent his later years surrounded by his growing family (many of whom settled on the west coast), and he cared for his father.   He continued his love of learning by working on projects in the garage, often with his family.

Memorial contributions may be made to the Parkinson's Institute in Sunnyvale, California.

To plant trees in memory, please visit our Sympathy Store.
Published by San Francisco Chronicle from Dec. 2 to Dec. 4, 2013.
MEMORIAL EVENTS
No memorial events are currently scheduled.
To offer your sympathy during this difficult time, you can now have memorial trees planted in a National Forest in memory of your loved one.
MEMORIES & CONDOLENCES
1 Entry
A loss of a great guy, so very sorry to his family on his passing..Betty Rafter Meekma class of 1958 El Segundo High..
December 10, 2013