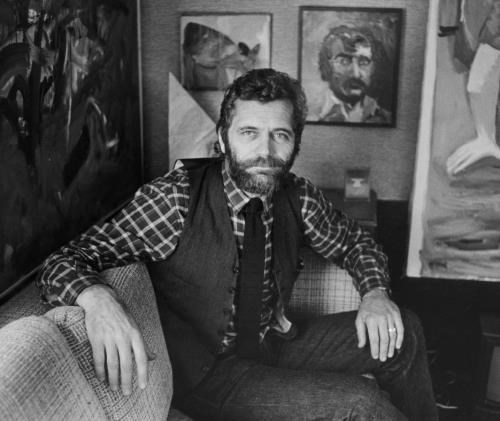 BORN
1935
DIED
2020
FUNERAL HOME
Eggen & Lance Chapel - Santa Rosa
1540 Mendocino Ave.
Santa Rosa, CA
Charles Shere
August 20, 1935 - December 15, 2020
Charles Everett Shere died quietly at home outside Healdsburg on December 15, 2020 after a 25-year "dance" with prostate cancer. He was 85 years old. Lindsey, his wife of 63 years, was at his side. Charles is also survived by his brother Jim Shere (Maria), sons Lee Shere (Marion) and Paolo Shere (Meadow), daughters Thérèse Shere (Eric) and Giovanna Zivny (Pavel), eight grandchildren, and six great-grandchildren, as well as four beloved "honorary" children (Julio, Catharina, Dominique, Kees) and numerous nieces and nephews of whom he was very fond. Charles was born on August 20, 1935 in Berkeley and grew up there and in rural Sebastopol, where he graduated from Analy High School. He was a great great grandson of prominent Sonoma County settler Robert Crane. He attended Chapman College, Santa Rosa Junior College, and San Francisco State University before graduating from UC Berkeley with a degree in English in 1960. He also studied musical composition and conducting during the 1960s.

Charles had a long, varied career in Bay Area music, art, and media. He was music director at KPFA Radio; announcer, critic, director and producer at KQED-TV; lecturer in music at Mills College, and art and music critic at the Oakland Tribune. His thoughtful Tribune reviews influenced the careers of many Bay Area visual artists, musicians, and arts organizations. In the 1990s, he wrote music criticism for the Santa Rosa Press Democrat. He founded and published the new-music magazine Ear in the 1970s, and composed music throughout his life. He was the author of many books on music, literature, and travel and published two volumes of memoirs, a novel, and a collection of his music and art criticism. He and Lindsey were also founding partners of Berkeley's Chez Panisse restaurant, where Lindsey was the pastry chef, and Charles served on its board of directors for many years.

Charles and his wife settled permanently in Sonoma County in 1997 after forty years in Berkeley. They had previously spent many weekends in the house Charles built on a hill outside of Healdsburg on land shared with their eldest daughter; now they made it their home. Over the next 23 years, his home life was filled with long dinners, books read and written, and attention to friends and family.

He and Lindsey traveled extensively, visiting friends, family, and honorary children in Europe and Australia. These "honorary children" were connections that began with student exchanges, relationships that Charles and Lindsey maintained for decades. They often brought their own children and grandchildren on these trips, fostering a similar interest in culture, language, and family bonds. Always caring, social, and interested in people, Charles struck up conversations with everyone he met—barbers, museum guards, dentists, friends of his children. Together, Charles and Lindsey made annual theater trips to Ashland and Pasadena with friends, and thought nothing of driving to Los Angeles for an art exhibit. They spent time visiting children and grandchildren across the western states; once, when a flight was canceled, they drove overnight to Portland to make it in time for a son-in-law's birthday. They enjoyed watching their beloved Cubs at spring training in Arizona and saw the total solar eclipse at a baseball game in Oregon.

Charles also enjoyed travel by foot. Over multiple trips, he and Lindsey walked the length and width of the Netherlands with friends and family. He climbed Mt. Whitney and Mt. Shasta with a son-in-law and a grandson; and hiked the GR5 trail through the French Alps from Geneva to Nice with a friend and another grandson. He liked this last adventure so much that he walked it twice more, with friends and an honorary son.

Charles' blogs and writing widened his contacts around the world. He kept one blog devoted completely to his meals, and another to address his wider interests, including (but not limited to) travel, art, music, literature, language, and cultural history. He was curious about everything; he could hardly walk down a street without stopping to watch movers unload a piano, to observe some minute architectural detail, or to watch children playing soccer. This was his approach to so much of life, whether it be his grandchildren, his surroundings, or a scholarly subject: open-minded wonder and enjoyment.
No memorials are planned at this time. Donations in Charles' memory may be made to Other Minds (otherminds.org) or the Edible Schoolyard Project (edibleschoolyard.org).

Published by San Francisco Chronicle from Jan. 8 to Jan. 10, 2021.
To plant trees in memory, please visit the Sympathy Store.
MEMORIAL EVENTS
To offer your sympathy during this difficult time, you can now have memorial trees planted in a National Forest in memory of your loved one.
Funeral services provided by:
Eggen & Lance Chapel - Santa Rosa
MAKE A DONATION
MEMORIES & CONDOLENCES
Sponsored by Eggen & Lance Chapel - Santa Rosa.
0 Entries
Be the first to post a memory or condolences.