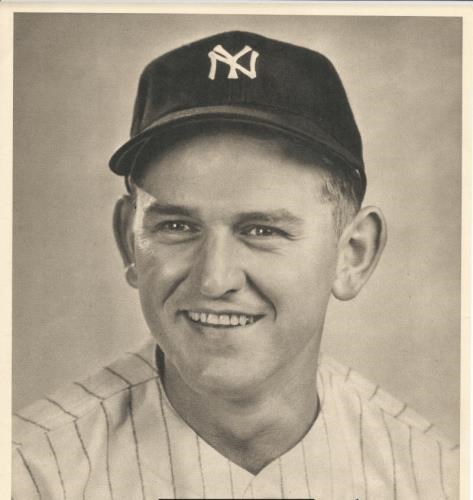 BORN
1924
DIED
2019
Charles Anthony Ryan SilveraCharles Anthony Ryan Silvera, San Francisco's native son, safely slid into home plate on September 7, 2019 at the age of 94. Charlie was a Major League Baseball player, coach, manager, scout, and six-time World Series champion. He was born to Victor and May Silvera in San Francisco on October 13, 1924 and attended St. Ignatius Catholic High School. He is survived by his wife Rose of 70 years, two daughters, Charleen Silvera (Sam) and Susan Silvera Dunn. He was blessed with a grandson, Ryan Dunn (Melissa) and a great grandson Jayden. Charlie's son John preceded him in death in 2013.
Charlie's love of the game began when he was 9 years old, playing baseball on the sandlot of the Mission District Playground. In 1942, at the age of 17, his dream came true when the New York Yankees reached out to him with his first baseball contract as an outfielder with the Wellsville Yankees. Shortly thereafter, his baseball career was put on hold as he served our country in World War II from 1943 through 1945. When he returned from military service, he joined the Yankees minor league for three seasons. Charlie made his Major League Baseball debut with the Yankees on September 29, 1948. He became Yogi Berra's backup catcher in 1949 and was affectionately known as "Yogi's Caddy". That was because Yogi rarely took a day off! He and Yogi remained friends for the rest of their lives. Silvera played nine seasons with the Yankees from 1948 to 1956. Despite not playing every day, his batting average was .282. He could hit!
Charlie's post Yankee career took him to the Windy City and the Chicago Cubs in 1957 where he was a catcher. Following his playing career, he scouted for no less than ten Major League ball clubs including the Washington Senators. He coached for Billy Martin with the Minnesota Twins, Detroit Tigers and Texas Rangers. Charlie enjoyed a 74 year career in baseball. He would often say "It was great to be a Yankee" and "The Yankee Way brought out the best in me".
"I loved the game, I respected the game, I always hustled, and I owe my entire life to the game of baseball". Charlie loved his family, friends, and he always had a great story to share
Funeral Services for Charlie will be held at St. Dunstan's Catholic Church in Millbrae, September 19 at 11:00am. Internment will follow the mass at Holy Cross Cemetery in Colma.
Published by San Francisco Chronicle from Sep. 13 to Sep. 15, 2019.
To plant trees in memory, please visit the Sympathy Store.
MEMORIAL EVENTS
Sep
19
Funeral service
11:00a.m.
St. Dunstan's Catholic Church
Millbrae, CA
MAKE A DONATION
MEMORIES & CONDOLENCES
2 Entries
Dear Silvera Family,
Some 20 years ago I sent Mr. Silvera a photo of the 1953 NY Yankees, which I was sending to various team members and asking if they would sign the photo. I sent the photo to Mr. Silvera, but when I didn't receive the photo back after several weeks, I called him. We had a great talk and he told me the photo and package was on his desk and he would get to it the following day. He told me he was on his way to the Giants game to see if Bonds was going to break the home run record. I so enjoyed our talk, I could tell he was a gentleman and a ballplayer. God Bless.
Michael Hanlon
September 16, 2019
A good man gone. R.I.P as you join your son and parents in Paradise.
White Family
September 13, 2019
Showing 1 - 2 of 2 results