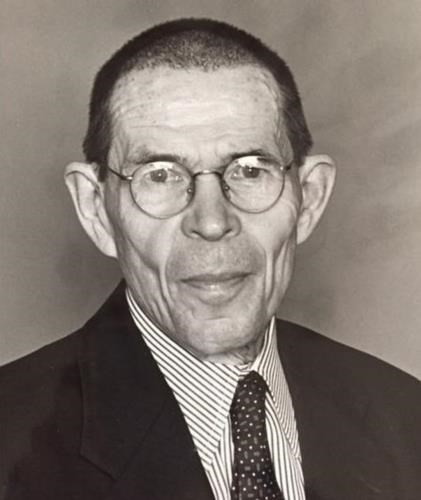 Dr. Wilson, known far and wide as Charlie, was dubbed the "Baryshnikov of Brain Surgery" in a profile by the SF Chronicle. In a 1999 profile in the New Yorker, Malcolm Gladwell explored the "The Physical Genius" of Charlie, Yo Yo Ma, and Wayne Gretzky. Gladwell was particularly fascinated by Charlie's uncanny ability to perform the most delicate of brain surgeries with "a distinctive fluidity and grace."

Charlie was born in Neosho, Missouri in 1929. He attended Tulane University and Tulane Medical School, graduating first in his class in 1954. He joined the Tulane Faculty with joint appointments in Pathology and Neurosurgery, where he served for several years. In 1961, he accepted an appointment at Louisiana State University Medical School, winning the Best Teacher Award in 1963, before moving to the newly formed School of Medicine at the University of Kentucky in Lexington, establishing their Division of Neurosurgery.

In 1968, he joined the faculty of the University of California, San Francisco, where he served as Professor and Chair of Neurological Surgery for 28 years, and founding director of the Brain Tumor Research Center. Widely known for his calm demeanor and exacting standards in the operating room, he performed thousands of surgeries over the years, becoming known world-wide for his expertise in the areas of pituitary disorders and aneurysms. Part Cherokee Indian, he was well known for encouraging the entry of women and underrepresented minorities into neurosurgery training.

A man who never stopped learning, Charlie obtained a Masters Degree in Health Administration in 1996. In 1997, after stepping down as Chair of the Department he remained an active surgeon, and became a Director of the Health Care Group at the Institute for the Future making a significant contribution to the publication "The Future of Health and Health Care." He later became a Senior Advisor with the Health Technology Center, working on the adoption of new technologies in health care, and served as Consultant to the President of the University of California on health services issues.

In 2000, he co-founded - along with his dear friend, the Reverend William Rankin - the Global AIDS Interfaith Alliance (GAIA), a secular nonprofit that delivers innovative healthcare programs in resource-deprived Africa.

Charlie was an accomplished jazz pianist and lover of music, frequently attending the opera and symphony. It is an understatement to say he was passionate about fitness, and spent many happy hours running to the top of his beloved Mt. Tam and competing in multiple marathons around the country.

Charlie loved life. He was a good friend. He had a keen wit, an infectious laugh, a wildly generous heart, and wonderfully pronounced ears.

Preceded in death by his son, Craig Wilson, he is survived by his wife of 24 years, Francie Petrocelli; his daughter Rebecca Cohn (Steve); his son Byron Wilson (Suzette); his stepdaughter, Kathryn Petrocelli; his grandchildren Ben, Josh, Brittany, Adam, Ian and Dylan; and a multitude of loving friends and colleagues. 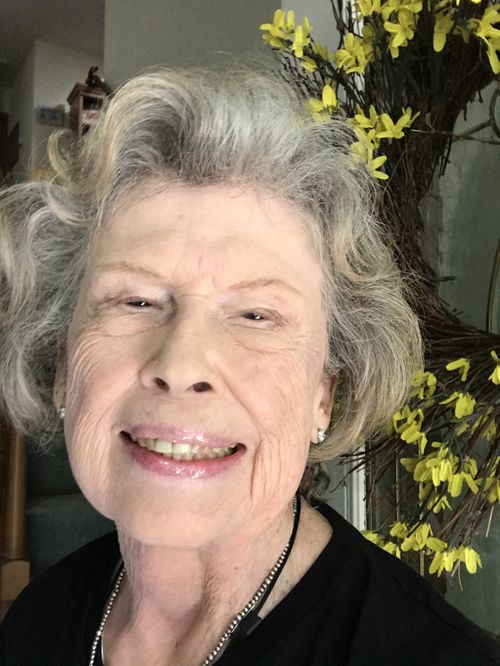 Dr. Charlie literally saved my life at UCSF in 1975, by performing a long surgery, deep within my brain in the Corpus Calosum. I was 37 yrs old at the time, & the mother of 2 children who were 7 & 9. Thank you, Dr. Charlie, for giving me the chance to live a long life with my family...I am now 83. I was lucky enough to be able to talk to you by phone, & thank you for the precious gift of my life, only about 8 months before you died.
You were a gifted surgeon who saved so many lives. Thank you for saving mine. May you Rest In Peace.
Yvonne Field
Friend
February 25, 2021
Once again, I would like to thank Dr. Charlie for saving my life in a very long surgery 45 years ago in 1975. Theres not one day which goes by when I dont thank him for performing that miraculous operation using his incredible skills. I am now 82: I got to raise my 2 children, take care of my wonderful husband as he fought to stay alive from his exposure to Agent Orange, & to see my grandchildren grow up. What a precious gift you gave me by saving my life against incredible odds. Thank you. Rest In Peace, Dr.Wilson+
Yvonne Field
Friend
February 25, 2020
Thank you Dr. Wilson. You changed my life. I'm saddened to learn of your passing. My condolences to your family and loved ones. You will continue to be in my thoughts and prayers.
Kirk Russell
June 27, 2019
I had a craniotomy by Dr. Wilson in 1972; for a Colloid Cyst in my 3rd Ventricle. I had 4 young children with 2 being twins age 2, and 2 sons. They were 7 and 6. Dr Wilson was so patient with me , as I had a profound short term memory deficit. I did return to work as a critical,care RN. Retiring 36 years later. I was missed diagnosed at the beginning and he sent a bill accepting my insurance as full payment. What an honorable man. he is missed. God Bless you Dr. Wilson! Donna
Donna Bura
April 29, 2019
you saved my life when I was 29.
I am a Glioblastomasurviver since 30 years -
and 18 years ago, I gave birth to a heathy boy
who will be 18 this year.
There is no day in my life I do not think of you
gratefully and humble.
Thank you, Dr. Wilson, for taking care of the young German journalist 1989 and 1995.
Without your skills, your neverending courage
to know more, to try harder, to risk, what other did not risk,
I would not have a life and, more important, a healthy son.
God bless you, Prof. Wilson
michaela Almoslechner - Trude
April 15, 2019
Dr. Charlie, I especially think of you more in the month of February than any other time. I was during Feb. of 1975 that you saved my life with your skillful surgical techniques. No one else would touch me, because of the AVM's location so deep within the Corpus Callosum. You gave this then 37 year old mother of 2 young children a chance to see them grow up.
Thank you for my life♥
Yvonne Field
February 24, 2019
Dr. Wilson saved my life-- surgery for an avm when I was a 32 year old wife and mom. I often think of him with much gratitude for saving my life. I'm thankful every day to him for his skill as a surgeon.
My condolences to the family.
Missy Johnson
January 15, 2019
Thank you Dr. Wilson for my successful surgery
in 1983. You and your great team of Dr. Berger, Dr. Levy and Dr. Peoples did your normal outstanding job. May you rest in Peace.


Geneva Hurley, NV
November 10, 2018
Tulane Med.School, Class of 1954
Clark Jennings, M D
June 5, 2018
So sorry to learn of his passing. He did a transsphenoidal pituitary operation on me in the 80s since my prolactin count was well over 200 and MRI imaging showed a tumor. He spent double the time he expected to spend in the operation, then told my family: "Good news: no tumor, just hyperplasia. Bad news: I don't understand what's going on." Bromocryptine medication made me sick afterwards so I just resigned myself to having a high prolactin count with no further treatment.
Twenty years later I learned the answer - I had Lyme disease, a bacterial infection which had attacked the pituitary. Lyme disease usually affects the HPA axis.
Clindamycin antibiotics worked to reduce my Lyme symptoms. When I casually asked my GP to check the prolactin blood count some time later, the doctor said, "Wow, your prolactin level is really high - it's 150!" I was thrilled - it was dropping! And continued to drop every time we checked, and I was treating with all kinds of natural anti-inflammatories. It's now almost at a normal level - ie, it has dropped almost 200 points!
Why I am telling this story here - Dr Wilson knew enough to NOT do anything to my pituitary gland, even though everyone thought I had a tumor. I want to thank him for being knowledgeable and wise like that, for essentially saving the gland!
I did email him once I found out about the Lyme disease, that the medical mystery had been solved. He was interested in knowing, and said they hadn't known anything about that at the time. I said I knew that, but would he please tell his colleagues that Lyme disease can affect the pituitary gland, potentially fooling people into thinking there's a tumor when there isn't one.
Robin K
April 12, 2018
In 1975, at UCSF Medical Center, Dr. Charlie performed a long, arduous & difficult neurosurgery on me, thus saving my life. I had an AVM (Arterial Veinous Malformation) deep within the center of my brain, at nose level, in the Corpus Colosum. Dr. Charlie, by removing it, saved my life. I was then a 37 year old Air Force wife with 9 year old daughter & 5 year old son. This special man was a genius, & saved my life with his incredible Skill. I was so happy to have been able to thank him again only 3 years ago. Rest in peace, Dr. Charlie. You were one of a kind. Thank you❤
Yvonne Field
March 15, 2018
My condolences. I was a nurse at UCSF and Dr. Wilson helped so many patients. He was the best physician.
Maria Barbas
March 13, 2018
Dr. Wilson performed an incredible surgery on my dad. Dad had a tumor in his pituitary gland that was giving him partial blindness. Dr. Wilson was able to remove it without leaving scars, brain damage etc. Dad's vision was back. Amazing Doctor. I had my dad for another 40 years after that surgery thanks to Dr. Wilson. And dad would talk about Dr. Wilson with great reverence. He never forgot what Dr. Wilson did for him. I won't forget either. Thank you Doctor Wilson! Rest in Peace.
Alan I
March 8, 2018
Charlie was a true gem. I enjoyed his company whenever he came into the dental clinic. (I enjoyed it much more than he did).A wonderful and kind man who gave so much to so many.
My heart goes out to Francie and Kathie and the rest of his lovely family.
Molly
Molly Newlon
March 5, 2018
Dr. Wilson's office was next to mine. He always took the time to acknowledge me. When my sister-in-law needed brain surgery he was sure that she had the best care possible not because he knew me but that was just who he was. I will always remember him in his tuxedo leaving the hospital to get to the symphony or a fundraiser.
My prayers and sympathy go to his family.
Sharon Ghilardi-Udovich
March 5, 2018
Dear Wilson Family Dr. Wilson successfully operated on my wife nearly thirty years ago. Our family is forever thankful for his skill, care, humor and compassion when we needed it. Many are indeed fortunate for his presence on Earth.
Tom Tobin
March 4, 2018
DR Wilson operated and removed a tumor in my mother's brain when she was in her early 50's, mom lived another 30 years. She snow birded and lived life to the fullest in that 30 years. Makes you wonder how many other lives this man touched and prolonged. Thank you DR Charles Wilson for your wonderful work.
Richard McCullough
March 4, 2018
Dr. Wilson, Thank you for your service, RIP.
March 4, 2018
Showing 1 - 18 of 18 results