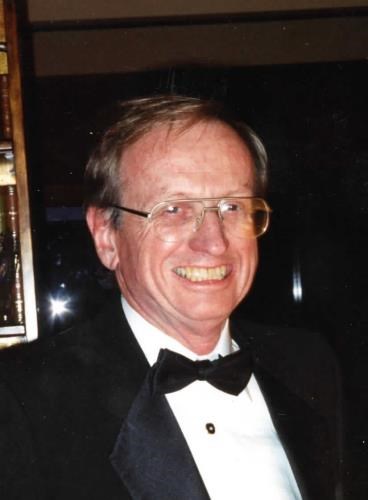 Clark was born on December 27, 1935, in New York City, to Clark and Winifred Brown. After his father's early death in 1945, Clark moved with his mother and sister to San Francisco. He attended Lincoln High and then matriculated to UC Berkeley where he received a master's in English and was elected Phi Beta Kappa. He was also a member of the Golden Bears Pappy's Boys, where he played football for the legendary Pappy Waldorf. It was at Berkeley that he met Noël Doyle, his loving wife of 53 years.

An avid traveler, he treasured summers at his grandfather's ranch in Ovando, Montana, as well as time in France, studying at the Sorbonne in Paris; Spain, where he ran with the bulls in Pamplona; and Switzerland, where he summited the Matterhorn. He later taught in Kilkenny, Ireland.

Clark was the author of the novel The Disciple (1968) and two collections of stories and essays, About Chico (1998) and Down in the Valley (2009). His writing appeared in numerous publications, and he was a recipient of the Pushcart Prize and a regular contributor to the San Francisco Chronicle and Chico News and Review.

For over thirty years, Clark was a professor of English literature and creative writing at Chico State where he received numerous honors, including the Outstanding Professor Award. He was a visiting professor at UC Berkeley, Princeton and Stanford, where he was a recipient of the Wallace Stegner Fellowship.

He was an elegant dance partner and a kind, considerate man, who also possessed a sly, deadpan wit. He was not, however, likely to resist a pun. He once wrote that he found "pleasure in the simplest things—scorching a softball base hit, nailing a forehand in tennis, and reading at sundown with a glass of wine."

He prized his lifelong friendships with fraternity brothers of the Phi Kappa Psi house and colleagues at Chico State.

A private burial service for Clark was held at St Mary Magdalene Mission Church in Bolinas, California, on February 12, 2019, and a memorial service is planned for March 15, 2019, at St John the Baptist Catholic Church in Chico at 10:00 am. Arrangements are under the direction of Brusie Funeral Home

When asked about his work, Clark once said, "I am interested in people trying to transcend themselves beyond ordinary reality." He did this in his own life and his writing.

In his essay "Church Going," he writes," "Walking back to the car, I saw the stars as I have seen them in Vina on other Christmas Eves but as you never see them in Chico or San Francisco. I saw thousands upon thousands, the way you see those flakes of silver in the high Sierra or at the ocean on those rare nights when no fog blows in."

Published by San Francisco Chronicle from Feb. 26 to Mar. 3, 2019.
To plant trees in memory, please visit the Sympathy Store.
MEMORIAL EVENTS
Mar
15
Memorial service
10:00a.m.
St John the Baptist Catholic Church
Chico, CA
MAKE A DONATION
MEMORIES & CONDOLENCES
6 Entries
The Perram family in Virginia send our love to Noel and her family as we recall our visits to Chico years ago and how much we enjoyed meeting Clark

We send our prayers to the family and we thank you for sharing the obituary
Tony Perram
March 22, 2019
We send our love and to Noel and your family as we recall knowing Clark . The obituary is one of the warmest we have read as we feel we know Clark well and we recall the few times we were together

From Shirley and Tony Perram and family including our daughter named after we met Noel in Washington
Tony Perram
March 22, 2019
I noticed a mass intention for Clark in the ODS bulletin. He brought all of his talents into the classroom and shared them generously. I treasure his book "About Chico." May he rest in peace now.
Elizabeth Taylor
March 4, 2019
My deepest condolences to the family and friends of Clark. When someone you love comes a memory, the memory becomes a treasure that fills your heart with love and brings you joy. May you find comfort in Jesus promise of the hope of everlasting life at John 6:40.
VG
March 3, 2019
As the days and weeks pass, and as you return to life's routine, may you continue to feel comforted by the love and support of family and friends.
A. H.
February 28, 2019
My deepest condolences to the friend and family of Mr Brown. I hope that you will find joy in the memories of him and from the promise from our Creator at 1 Corinthians 15:26.