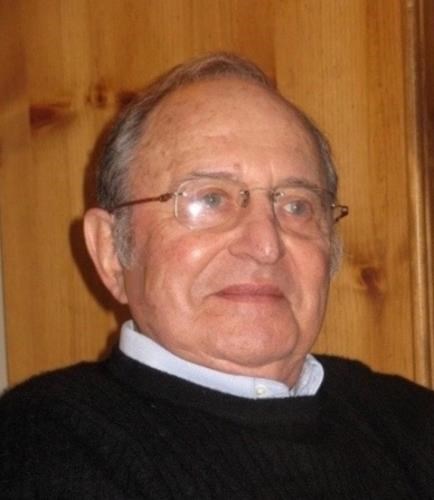 BORN
1929
DIED
2021
David Lee Rosen, M.D.
May 31,1929 - March 10, 2021
David Lee Rosen grew up in Far Rockaway, New York at the height of the Great Depression. He was the son of Murray and Frances (Meisner) Rosen, and the older brother of Marilyn and Evelyn. From age 11-14 he lived in Panama while his dad worked for the Army Corps of Engineers. There he developed a love of Latin music and adopted a capuchin monkey, a marmoset, and a stuffed crocodile. Back in Far Rockaway, the beach was the center of David's adolescence. At age 18 he bought a $100 sailboat, taught himself to sail, and circumnavigated Long Island using AAA road maps.

David's path to a career was winding and varied. He assisted his father as a plumber's helper and held jobs as a chicken farmer, a lifeguard, a window dresser, a soda jerk, a teaching assistant in chemistry, and an accordionist. He trained in the Air Force as a pilot during the Korean War. After attending four colleges in eight years, he graduated from CCNY in 1955.

David related to people in all walks of life. Motivated by his empathy, his compassion for others, and his intense curiosity, David decided to become a physician, graduating from the University of Maryland Medical School in 1961. He interned at San Francisco General Hospital and in 1965 completed his residency in adult and child psychiatry at the University of Cincinnati. He then returned to San Francisco, accepting a position as the first child psychiatrist for Kaiser Permanente in San Francisco.

In 1970 David left Kaiser for private practice, founding the Marin Center for Intensive Therapy in San Rafael. In 1979 he returned to Kaiser as the chief of psychiatry in San Rafael where he remained until his retirement in 1995, ultimately becoming the chief of psychiatry chiefs in the region. During his time at Kaiser San Rafael he, with his colleague Jim Cameron, was responsible for creating the regional Temperament Program of individualized parental guidance based on a child's temperament style. He also served on the Kaiser San Rafael Ethics Committee and the Physicians' Well-being Committee, positions he continued after his retirement.

David's spontaneity and joy for life characterized his pursuits outside of work. He loved to sail with family and friends and he raced sailboats in the San Francisco Bay. At home he built backyard koi ponds and created Japanese-style gardens, terrorizing the neighborhood by gifting baby Japanese maples to any and all passers-by. He played flute and accordion, and practiced the piano most evenings. He was an avid amateur woodworker, turning bowls on his lathe for everyone he loved. He volunteered at the Rotacare Free Clinic in San Rafael. In his remaining free time, he traveled extensively, created a men's group, joined a book club, took adult education classes, hiked, played tennis, practiced tai chi and yoga, meditated, and took up tap dancing. And he always had time for a good joke.

David's first wife was Ruth (Wallerstein) Rosen with whom he had three children: Elana, Joshua (Nadia Menshikova) and Eve. He delighted in being a grandparent to their children: Ezekiel, Ezra, Dasha, Leo and Zoe. David's second wife and his love for the past 47 years was Linda Steck. Together they had two children: Zachary (Oceanna Anderson) and Rachel (Porter Williams). Among many gifts, David shared with his children his great sense of humor, his love of the outdoors, his ability to look for the good in people, and his belief in giving back to the community. He considered his five children to be his greatest accomplishment.

David's generosity of spirit and profound interest in the lives of others touched his colleagues, patients, neighbors, friends, and family. He lives on in all our hearts. Until his last day he was loving, funny, warm, and grateful for the incredible life that he had led. In lieu of flowers, donations in his name can be made to 10,000 Degrees (https://www.10000degrees.org/). There will be a celebration of his life next spring.
Published by San Francisco Chronicle from Mar. 22 to Mar. 26, 2021.
To plant trees in memory, please visit the Sympathy Store.
MEMORIAL EVENTS
To offer your sympathy during this difficult time, you can now have memorial trees planted in a National Forest in memory of your loved one.
MAKE A DONATION
MEMORIES & CONDOLENCES
0 Entries
Be the first to post a memory or condolences.