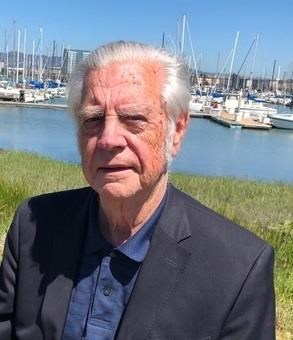 Didier de Fontaine
April 11, 1931 - November 20, 2021
Didier de Fontaine was born under the shadow of the Great Pyramids in Giza, was pushed in a stroller along the Belgian shore by Albert Einstein, escaped to America in an ocean liner during the war years, shot himself in the foot with a rifle, taught mathematics in Kinshasa, and eventually settled in Berkeley, California, where he raised a loving family and enjoyed a distinguished career as a materials scientist. His life of adventure came to a close this week when he died peacefully at Alta Bates hospital at the age of 90.

Didier is survived by his three sons, Michel, Stephane, and Andre, their wives, and seven grandchildren. They remember his wit, charisma, sparkling intelligence, and unhealthy affection for Ben & Jerry's ice cream. Sadly, his wife of 59 years passed away in 2019, leaving him with a broken heart that never fully mended. Memories of their life together danced in his head throughout his final moments.

Didier was born in 1931 in what was then the British Hospital in Giza, just outside of Cairo. His father was a Belgian diplomat, which meant his early years were filled with travel inside and out of Europe. His childhood was marked both by tragedy, as his own mother passed away when he was very young, and periods of great happiness in his familial home in Boitsfort (a suburb of Brussels) surrounded by his quick-witted and adventurous uncles and cousins. When Belgium was overtaken by the Germans in 1940, Didier was separated from his father and eventually set sail for the United States under the guardianship of another Belgian diplomat and his American wife. He eventually reunited with his father in the US and returned to Belgium in 1945 at the conclusion of the war.

His affinity for mathematics and science propelled him through high school and university. Shortly after graduating from college, he and his new bride moved to the newly independent Congo, where he taught for a year, before decamping again for America, this time to pursue graduate studies at Northwestern University in an emerging field known as materials science. The Chicago winters provided a frigid contrast to the African climate, but Didier thrived in American academia. He received his PhD in 1966, did a stint as a post-doc at Bell Labs, before accepting a position as a professor at the University of California, Los Angeles. He spent 10 years at UCLA before moving to UC Berkeley, where he taught for 15 years.

Over the course of his academic career, Didier made significant contributions to his field, authored or co-authored hundreds of papers, spoke at countless international conferences, and received several prestigious honors, such as the Turnbull Award from the Materials Research Society in 1995, the Exceptional Creativity Awards from the U.S. National Science Foundation in 1981 and 1985, and Awards for Outstanding Scientific Accomplishment in Metallurgy and Ceramics from the U.S. Department of Energy in 1987 and 1990. He spoke most proudly, however, of the outstanding graduate students he taught, many of whom went on to distinguished careers at prestigious universities throughout the world.

In his retirement years, Didier returned to an early passion of his: astronomy. He gave lectures on the topic and continued to study the subject intently. He was a prolific reader with interests that spanned a range of fields. A great admirer of classical music, he traveled as often as he could to Belgium for the Concours Reine Elisabeth, an annual competition for the world's most promising young violinists, cellists, singers and pianists. He passed on to his children his love of Monty Python movies and other classic comedies featuring the Marx Brothers and Peter Sellers. He was fond of quoting Mark Twain and once paraphrased the famous American humorist by saying he wished he could be in Belgium for the end of his life, because everything happens there 10 years later.

Published by San Francisco Chronicle from Nov. 24 to Nov. 28, 2021.
To plant trees in memory, please visit the Sympathy Store.
MEMORIAL EVENTS
To offer your sympathy during this difficult time, you can now have memorial trees planted in a National Forest in memory of your loved one.
MAKE A DONATION
MEMORIES & CONDOLENCES
1 Entry 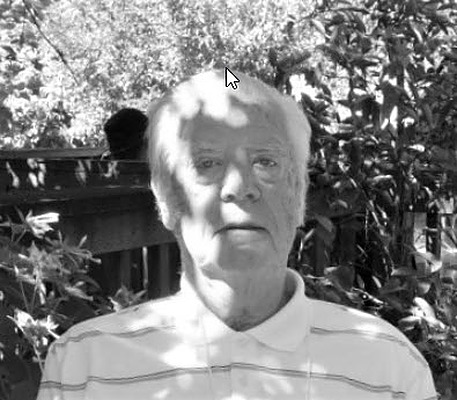 Compañero, a dear friend of yours remarked that "We will all remember our Didier." Mine is the engaging fellow "Tintinologue", who, with a twinkle in his eyes and a warm voice, regaled me with stories about being immersed in that wondrous world from his very young age. So thrilled that the new biography of Hergé due this year will finally name you and am most eager to attend the dedication of the book at the Musée Hergé.
Renée Morel
January 17, 2022
Showing 1 - 1 of 1 results