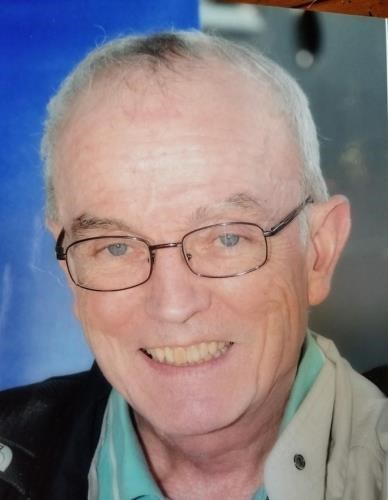 Douglas Barton died on October 9, 2018, surrounded by his wife, sister, and children, at Mission Hospice House in San Mateo, CA. His death, from respiratory failure, came after a long course of hospitalization following spine surgery and a difficult array of subsequent complications.

Doug was a child of the Midwest, born in Chicago to Doris and Herbert Barton. He grew up largely in Denver, where the family moved in 1952. Doug coped with serious health problems throughout his life, principally autoimmune diseases which began to show symptoms at age 6. Despite these challenges, and the loss of his father at age 13, he excelled in his education, graduating magna cum laude in 1965 from Princeton, where he developed a passion for history that informed his understanding of law and was a source of inspiration for his entire life. Tired of cold winters, he relocated to California to pursue a law degree at Stanford University, earning an LL.B. in 1968.

Doug chose labor law as a specialty and started out at the National Labor Relations Board, Region 21, in San Francisco as a field attorney. One of his complex matters at the NLRB was serving as the hearing officer for the representation case at Stanford University. After that case concluded, Stanford recruited him as its first in-house labor counsel in 1971. During his tenure there, he did vital work for the University and its medical center in negotiating the initial contracts for several newly established bargaining units and managing all employment-related legal matters. In 1977, he transitioned to private practice, joining Corbett, Kane & Berk, a management-side employment practice in San Francisco. Doug and three of his attorney colleagues moved in 1984 to start the labor section at the firm now known as Hanson Bridgett, where he would continue to practice until his retirement in 2013. As section leader and then managing partner, Doug exemplified a strong commitment to fairness, ethics, diversity, and justice. He took great satisfaction in mentoring younger attorneys and in achieving strategic and practical solutions for his clients, which included the University of California, Lawrence Livermore National Laboratory, Lawrence Berkeley National Laboratory, and San Mateo County Transit District. He chaired the San Francisco Bar Association Labor and Employment Section from 1992-1994 and was on its executive committee from 1986-1996. As a firm believer that exposure to practical realities of lawyering would greatly benefit students, Doug developed and taught a course in labor arbitration at Stanford Law School with his dear friend and colleague John Kagel, from 1981 to 1985. In all of these endeavors, his many friends, clients, colleagues, students and opposing counsel enjoyed Doug's dry sense of humor and insightful understanding of human nature, as well as his penchant for quoting the classics, or dialogue from One-Eyed Jacks and Cool Hand Luke, to make his points.

Although Doug was committed to his law firm and clients, he also found time to give back through community service, including his many years as a board member of AchieveKids, a school for children with complex developmental, emotional and behavioral challenges. He served as president of the board for several years.

But, as Doug himself was known to remark, his greatest achievements were as a husband and parent. Having lost his own father at a tender age, Doug was deeply devoted to his four children and spent almost all of his non-work time helping with schoolwork, attending sports and musical events, leading family trips throughout the US and Europe, and assisting them with their many personal accomplishments as they grew up. His first marriage, to Brigid Shanahan Barton, produced wonderful sons Greg and Tom. From his second marriage, to Sue Barton, in 1983, came daughters Jamie and Laura. Between them, Tom and Greg have five daughters, in whom Doug delighted. Despite his ongoing health issues, Doug quickly developed a reputation as one of the most playful, hands-on grandparents in the entire extended family. His children and grandchildren are his strongest legacy and what he valued most in life. He was intensely proud of all of them.

In their 35 years of marriage, Sue and Doug were fortunate to enjoy world travel, often with children, their family getaway in the San Juan Islands, annual trips to the Oregon Shakespeare Festival, and countless performances of opera and symphony. The great love they shared was the joy of Doug's life and the wellspring of his success in all other realms. Predeceased by his brother Robert, Doug is survived by Sue, children Greg (Julie), Tom (Whitney), Jamie (Chris Mitchell) and Laura (and fiancé Joe Varga); beloved granddaughters Rachel, Mele, Lucy, Koa and Nanea; sister Betty Barton (Jim Souby); nephews Andrew and Nick Souby; former spouse Brigid Barton Robinson; and too many dogs and cats to name. He also leaves behind many dear friends, clients, and colleagues, who enriched his life immeasurably.

A private family memorial will be held in Roche Harbor, Washington, with a larger celebration of Doug's life planned for a later date.

In remembrance of Doug, the family requests donations be made to AchieveKids (3860 Middlefield Road, Palo Alto, CA 9430), Mission Hospice (1670 Amphlett Blvd., Suite 300, San Mateo, CA 94402), or to a charity of your choice.
Published by San Francisco Chronicle from Oct. 19 to Oct. 23, 2018.
To plant trees in memory, please visit the Sympathy Store.
MEMORIAL EVENTS
To offer your sympathy during this difficult time, you can now have memorial trees planted in a National Forest in memory of your loved one.
MAKE A DONATION
Please consider a donation as requested by the family.
MEMORIES & CONDOLENCES
9 Entries
Dear Sue, I remember Doug with great admiration and fondness. I tried separately to learn from him. And, I have the same level of respect and admiration for you, both as a professional and a human being. I hope this finds you well, enjoying your children and grandchildren. Jason
Jason Mavrovitis (Mavis)
August 17, 2021
Dear Sue,

I'm so sorry to hear of Doug's passing. I remember our work together fondly and have always had the highest regard for Doug both professionally and personally. My warmest thoughts are with you and your family.

Rob Parker
October 25, 2018
My condolences to the family and friends.
October 25, 2018
I worked at Achievekids when Doug was on the Board. He was a kind, gentle and thoughtful man. His approach to labor law always was firmly placed in fairness. He made a contribution to making our world a better place. My thoughts and best wishes to his family
Patricia Gardner
Coworker
October 24, 2018
Patricia Gardner
October 24, 2018
I served on the board of Achievekids with Doug for many years. I was very fond of him and always had the utmost admiration for him. Sue, I have you and all your family in my thoughts.
carol pliner
October 22, 2018
I got to work with Doug several times and he was always very pleasant and sincere. A great man. God Bless you and your family at this very difficult time.
October 22, 2018
Sounds like a great man who will be missed immensely. I'll do my best to look out for Jamie and my son, Chris, here in Monterey.
David Mitchell
October 22, 2018
Kind thoughts are with your family at this very difficult time of grief. May your fond memories bring you comfort. God's promise at Jeremiah 29:11,12 will give you strength.
October 20, 2018
Showing 1 - 9 of 9 results