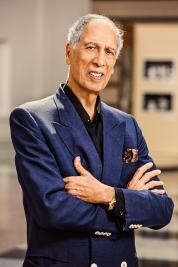 Edward Mitri Karkar, 81, of San Francisco, CA died December 22nd 2013.  Born to a prominent family in Jaffa, Palestine, and formerly a refugee, he was one of the first Palestinians to immigrate to America and achieve a high degree of business and social success.  He attended Stanford and graduated with a BS from UC Berkeley and in 1959 founded 'Karkar Electronics'; a telecommunications company that developed, engineered, and manufactured a complete line of state-of-the-art voice and data communications.  Innovative microwave filters, high density multiplexers, single-side-band radio, and satellite communications were produced as 'Karkar Electronics' equipment was adopted as standard by the department of defense and NATO.  It became a main supplier to companies such as Raytheon, AT&T, and MCI.  A luminary in the telecommunications field, Edward Karkar was considered a Silicon Valley pioneer, cultivating a generation of technology executives and entrepreneurs and laying groundwork for the fertile environment that exists today.  In 1976 he married esteemed Soviet-Russian prima ballerina Natalia Makarova with whom he remained for the duration of his life.  A member of the Bohemian Club, and involved with the 'Institute for Social and Economic Policy in the Middle East' at Harvard University, he was knighted by the Order of St. John for his lifelong achievements and charity.  A devout lover of classical violin and music, he is survived by his wife and son Andrei Karkar, his brother Michel Karkar, sister Vera Khabbaz and their families.  He will be greatly missed by his family and friends.  A memorial service will be held Sunday, January 5, 6pm at St. Nicholas Orthodox Church in San Francisco 5200 Diamond Heights Blvd. Contributions in his memory may be made to ANERA.

Published by San Francisco Chronicle from Jan. 2 to Jan. 4, 2014.
To plant trees in memory, please visit the Sympathy Store.
MEMORIAL EVENTS
To offer your sympathy during this difficult time, you can now have memorial trees planted in a National Forest in memory of your loved one.
Funeral services provided by:
Duggan's Funeral Service
MAKE A DONATION
MEMORIES & CONDOLENCES
Sponsored by Sartoria Luca Litrico, a friend..
27 Entries 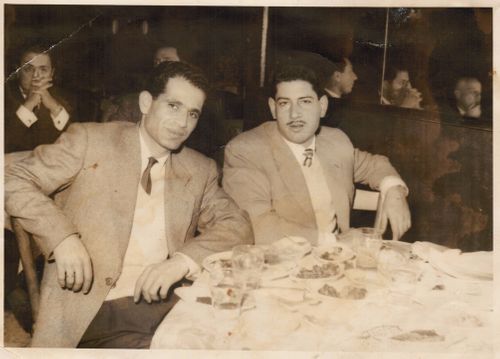 My dad Jabra Batchoun always took so much pride in telling us about Edward, the cousin os his mom Alexandra Karkar. In Jaffa, Palestine, Karkar and Batshon's were partners. My dad was always very proud talking about Edward and he told us how he took him to the airport in the mid 50s to go to California and how he so well received him in San Fransisco in 1979. As I am going through his pictures, I saw this one and thought I would share it with you. Warm regards.
Grace Batchoun
October 21, 2020
Thanks for contributing to the Silicon Valley and microwave electronics. You were a founding pioneer!

--Kevin Haddock B.S.E.E.
Kevin Haddock
April 22, 2020
Dear Family Karkar
I was speaking yesterday with my own family about you, remembering the hospitality, the gentleness, the cordiality you gave us all during the EILÀ Congress in San Francisco and later to my daughter and her husband in London.

We're real sorry that only now we have realized about your lost.
A beautiful memory of him is and will always be be with us.

Thanks to give us the opportunity for a last "good bye"" through this page.
RIP dear Mr.E.M. Karkar

Famiglia Guicciardi Gian Carlo
September 8, 2017
He liked to dance. In 1957 or 1958 I danced with him. I was also a refugee, and just immigrated. I was a clumsy dancer, and ignorant. I was raving about the movie 'Exodus', whereupon he gave me an earful! It sounded preposterous to me then but I did not forget it. Incredible that it took me 43 years to realize that everything he said was the truth. I also remember, he took some odd square metal object out of his pocket and asked me if I knew what it was. I did not have a clue. He said cryptically: "It is the future." He named what it was but I forgot the word. He said: "My father taught me how to make this." I remembered this all these years. Bless his heart, he found his dream dancing woman and I am glad.
Astrid Watanabe
Acquaintance
March 25, 2017
Sherrie Quadra
November 22, 2016
Dearest Natasha,
I only found out today about the death of Edward. Please accept all my deepest condolences. Otherwise I hope you are well. I do miss you a lot and hope to see you soon. Love always.
Alexander Sombart
July 31, 2016
To dear Natasha & Andrusha,
I only learnt recently of Edward's passing and although time has passed, I wanted to send my love to you both. He was a wonderful man, and I have no doubt he is missed by many.
I hope you are both well. My family send much love your way.
Best wishes,
Lucy (Weldon) Halcrow
[email protected]
Lucy Halcrow
May 22, 2016 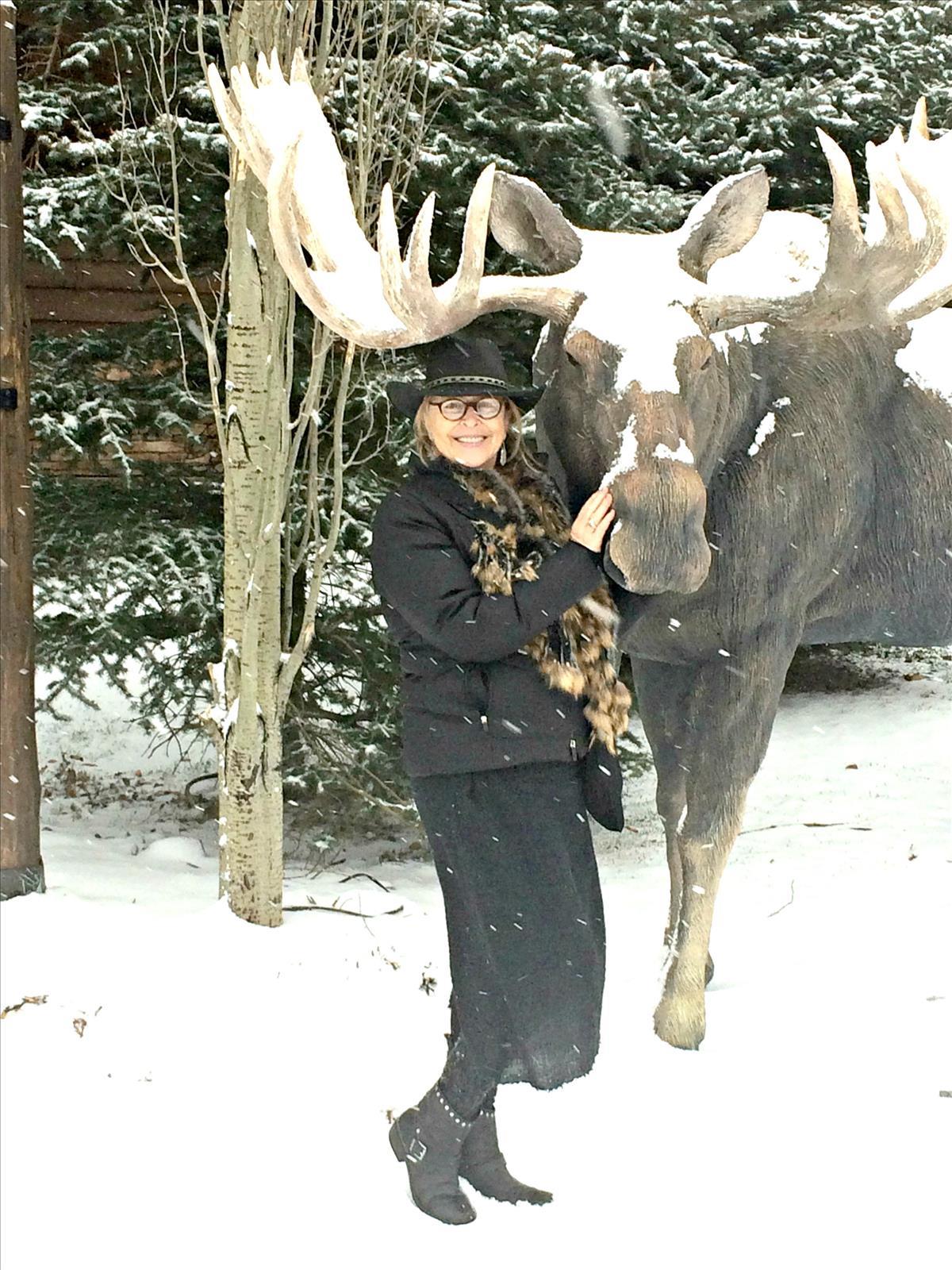 Dear Natasha - I learned only today of Edward's passing, and send my deepest condolences. I met you both in San Francisco, before you were married to each other. Greg Martin & I dined with you both, on a couple of occasions. You have a very handsome son, as so do I. We can be very proud of them. God bless you.
Lori (Clark) Denham
[email protected]
Seattle, WA
3/7/16
March 8, 2016
I wish all my condolences to Edward son, Andrei and wife as I just happenned to find out that Edward passed away. I remember the great time spenT in San Francisco ,the Valley with my dearest friend Jeannot Khayat who also passed away.
I happened to know that our mutual London
friend Foulath Hadid also passed recentlY . I met Jeannot and Edward in San Francisco way back in the 1990 s while attending a real estate tour study in your city and kept friends for so many years in visiting as well in nyc and london. Souvenirs of Edward will be remembered for his great culture , finesse and hospitality. LOUISE JACOB MONTREAL QUEBEC Canada e-mail [email protected] c. 514 927-5425
LOUISE JACOB
May 17, 2015 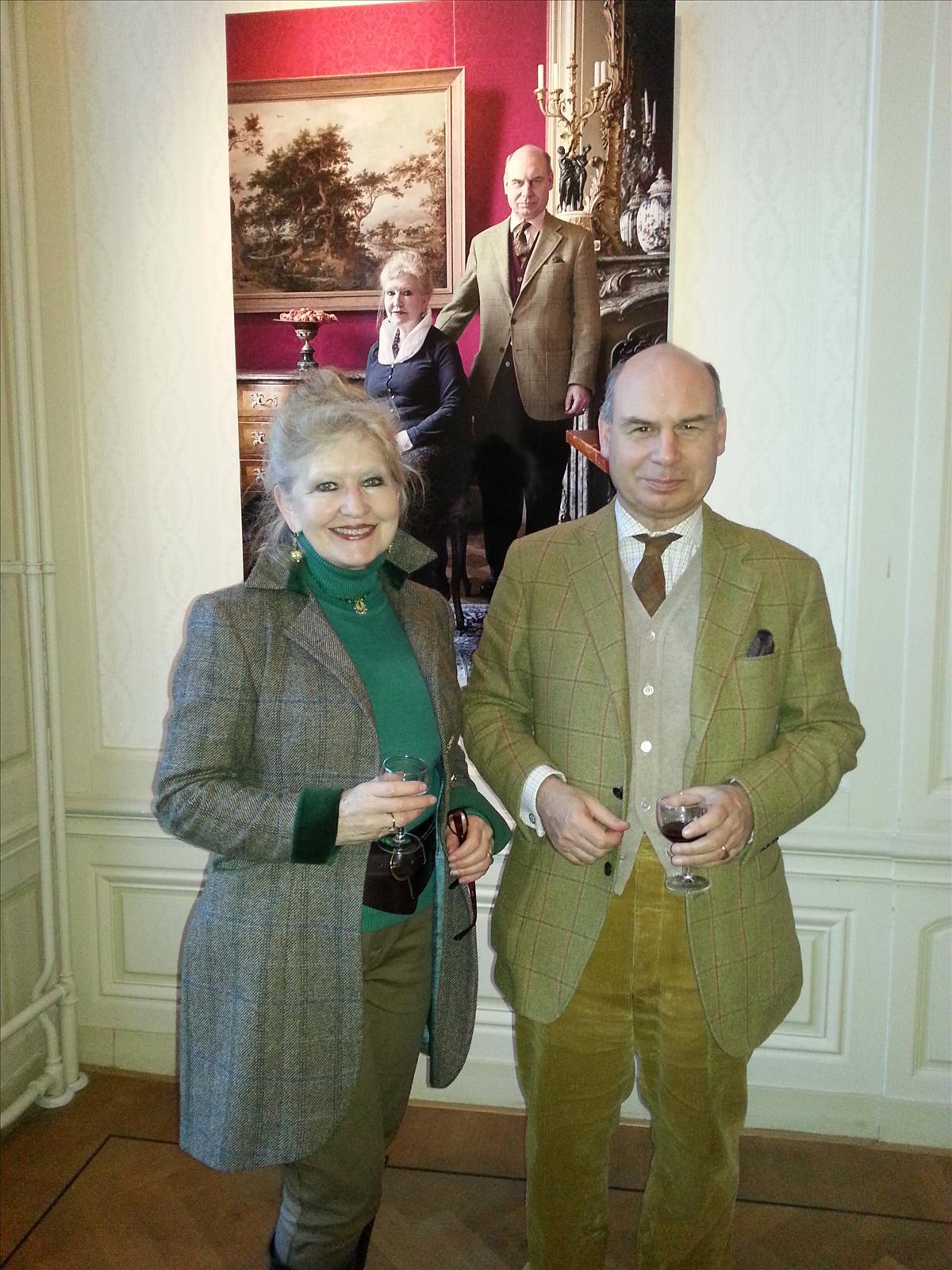 Dear Natasha,
only today fully by chance we heard about the passing of Edward. We are very sorry about this, as both of you were always so close, Edward was so caring about you, a considering husband and a real gentle friend. A great shock.
We tried to reach you in December, because, after sharing our live together for over 18 years, we decided to marry on 22nd December 2015.
We wish you courage to continue and we hope to see you in Amsterdam. Of course, you are always welcome to stay with us in our 'datsha' and we hope to welcome you.
Warmest regards,
Dunya & Jurn
[email protected]
Jurn Buisman
May 4, 2015 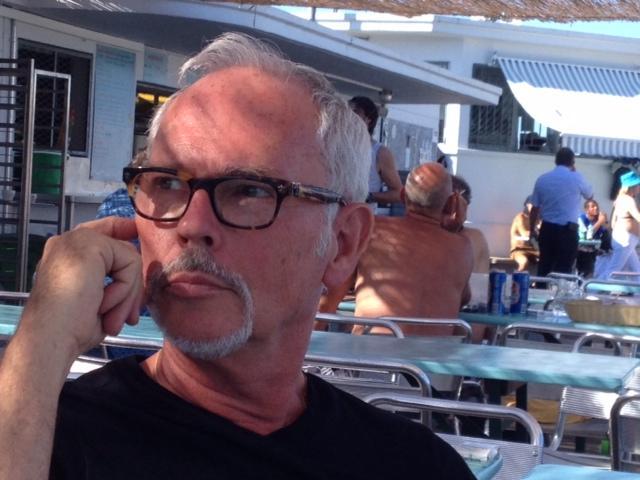 Dearest Natasha, I only found out through a dream that your husband had left and then Ira confirmed. Karkar, in the dream also spoke to me and it was in your Park Avenue apartment. I so hope we speak soon, Much love and warmest thoughts and condolences, Luc Louis de Lairesse
Luc Louis de Lairesse
October 19, 2014
Dearest Natasha....so sorry I just got around to write you regarding your terrible loss. Our thoughts and prayers are with you always. He will be so missed by all. May the wonderful memories and love you felt for each other help you throughout this difficult time. Hopefully we will be seeing you in NY again soon. Much love and admiration. Christian & Richard
Christian Zimmermann
August 20, 2014
Natasha and Andrei- just learned of Edwards death. My sympathy to both of you. My late and beloved husband, John Eckert thought the world of Edward and family.
Carol Ralph Eckert
August 7, 2014
The world has loosen a great man. May you drive us from the sky.
I will be always grateful to you and your family.
Rest in peace,
Luca Litrico
Luca Litrico
June 23, 2014
Edward Karkar is at the top of my list of favorite employers. He was always grateful for my contributions to his electronics products. He will be missed because he was a really great person.
Steven Tenneson
January 29, 2014
My thoughts and prayers are with you, Natasha and Andrei at this difficult time. No words can describe what you are going through and I can only hope that you will find peace and strength in your wonderful memories of Edward.
My sincerest condolences.
Andrea Prince
Andrea Prince
January 16, 2014
I worked with his companies products while an employee of MCI Telecommunications. He was a brilliant electronics engineer and had a strong staff of people
Stan Adams
January 15, 2014
Sorry for your loss may the angles guide your way to heaven
(Linoor George karkar )
Linoor Karkar
January 10, 2014
A kind man.
May the angels guide your way to heaven.
Sharon
January 7, 2014
Miss Natasha and family - this message comes to you from Auntie Lynn, your piano player at Brady Street for a long time. You were wonderful to me, always smiling, gave me a pair of your shoes for my dancing daughter and signed her autograph book. I remember Edward and Andrei waiting for you outside in the green Rolls when class was over. I had a temp job down by the Gibraltar warehouse years ago right next to Karkar Electronics (wanted to be able to park...). Anyway, I miss you and we all know Mr. K. was a WONDERFUl man... All the best to you from Lynn Inglese.
January 5, 2014
Dear Madame Karkar, Dear Andrei Karkar
I do not have the honnor to know you but throught our common passion ( violins) I had several time in my life some exceptional hours to spend with Eddie .
His disappearing makes my wife and I very very sad.
Edward was such a lovely person, pleasant, nice with a real warm heart , we will never forget him.
So Madame, Monsieur , will you please , accept our sincere sympathy.
We are at a loss for words to express our deep sadness.
Receive our warmest respect .
Very sincerely yours
Bernard Millant & Sepali ( Violin maker Paris )
Bernard Millant
January 5, 2014
Dearest Natashka, so sorry for your loss. Love you, Robert Denvers.
Robert Denvers
January 5, 2014
I am very sorry to learn of Edwards passing. I always enjoyed our visits and violin gossip. He will be missed. My condolences to the Karkar family.
Jay Ifshin
January 4, 2014
Dear Edward,
I will miss our talks about violins and violinists. You were a pillar of my music life. My heartfelt condolences to Natalia and Andrei and may you rest in peace. Your very saddened friends, Stuart and Virginia Canin
Start Canin
January 4, 2014
I offer my deepest sympathies, may your memories continue to bring you comfort, and always remember "God is our refuge and strength." -Psalms 46
Tyler
January 4, 2014
My deepest sympathy to all Edward's loved ones. I think of Edward through great memories and with great fondness.
Peter Giddings
January 3, 2014
My condolences to your loved one. May God bless him. Our thoughts are with you and your family during these difficult times.You and your family are in our prayers.
Karam Karkar
January 3, 2014
Showing 1 - 27 of 27 results