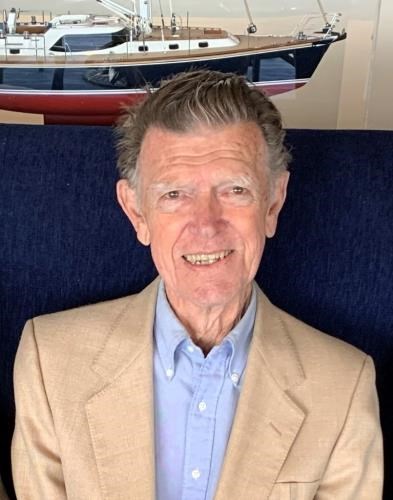 FUNERAL HOME
Sneider & Sullivan & O'Connell's Funeral Home - FD-230
977 S. El Camino Real
San Mateo, CA
Edward Thomas "Bud" Murphy, Jr.
September 15, 1930 - October 6, 2021
Edward Thomas "Bud" Murphy Jr, age 91, passed away on October 6th, 2021 in the Stanford University Hospital. He was born on September 15th, 1930 to Edward and Mildred (Shear) Murphy in Compton, California. As a youth, Bud's family moved frequently in the Los Angeles area because of his mother's worsening tuberculosis. Shortly after her death in 1943, at age 13, he was sent to live with his aunt Helen Laney, her family, and his grandparents in Salem, Illinois, for a year. While there, he completed 8th Grade, and Aunt Helen ensured that he was baptized and confirmed into the Catholic Church before returning to Los Angeles in the summer of 1944.

Bud graduated a semester early from John C. Fremont High School, Los Angeles, California in January 1948. He completed one semester at Compton Junior College then transferred to Los Angeles City College for two years before attending and graduating from the University of California, Davis, College of Agriculture in June 1952 with a Bachelor of Science in Animal Science. Shortly after graduation, Bud was drafted into the United States Army in October 1952. After completing basic training at Camp Roberts, California, he was accessed into the Veterinary Corps and assigned to Fort Lawton, Washington where his career in the food industry began by inspecting ships' cargo holds for sanitation to transport food to Korea. Bud rose to the rank of Sergeant, completing two years of service in October 1954.

After his discharge from the Army, Bud returned briefly to Davis before moving to San Francisco, California, in 1955 to work for the Shenson Meat Company. An excellent salesman with a dedicated work ethic, he started as a night janitor and rose through the company ranks to be Vice President of Sales for Shenson's and simultaneously President of Murphy's Meats Company, a subsidiary. When the company closed in 1981, he founded Bud Murphy Brokerage as an independent food broker working for L.J. Minor Corporation then the Nestle Corporation. In 1989, he sold Bud Murphy Brokerage to and worked for Bay Brokerage until retiring in 1995.

As a salesman, Bud travelled extensively up and down the west coast and elsewhere. During one of these travels, he met his future wife, Kathy, a United Airlines flight attendant on a flight returning to San Francisco. Bud married Kathleen Nash Byrnes on February 27th, 1960 in the Christ Episcopal Church of Sausalito, California, and they enjoyed a long honeymoon touring Egypt and Europe before moving into a home in the Marina Green neighborhood of San Francisco. To this union two children were born, Thomas in 1961 and Carolyn in 1962, and the family moved to the Eichler Highlands of San Mateo, California in 1962 to raise their family.

A native Californian, Bud loved the ocean and being in or on it. As a teen, he surfed the shores of southern California then later body-surfed the beaches of northern California before learning to windsurf in the 1970's. A 56-year member of the St. Francis Yacht Club of San Francisco, Bud joined as a Corinthian Crew member in 1965, crewing on 40-foot boats for weekend races. In 1973, he became a full member of the yacht club. Bud was a crew member on Another Girl when it achieved an Overall First in the 1969/70 Winter Series races sponsored by the Golden Gate Yacht Club. Bud also enjoyed hiking and being in the mountains. As a youth, he went on long camping trips across southern California. In the early 1970's, he built a family cabin in Alpine Meadows near Lake Tahoe from which the family could go snow skiing, river rafting, and hiking up to Five Lakes, his favorite spot for a cool dip in the fresh mountain waters.

Bud was preceded in death by his beloved wife, Kathy, and sisters, Madalyn Estelle Knoll and Eleanor Jane Ahartz. He is survived by his son, Thomas and his wife Melodie of Platte City, Missouri; his daughter, Carolyn and her husband Greg Kaiser of Carlsbad, California; and three grandchildren.

Bud was cremated and his ashes will be interred at the Hollywood Cemetery, Richmond, Virginia, in the Marriott family plot with Kathy. A memorial was held at the family's home on October 13th, 2021.